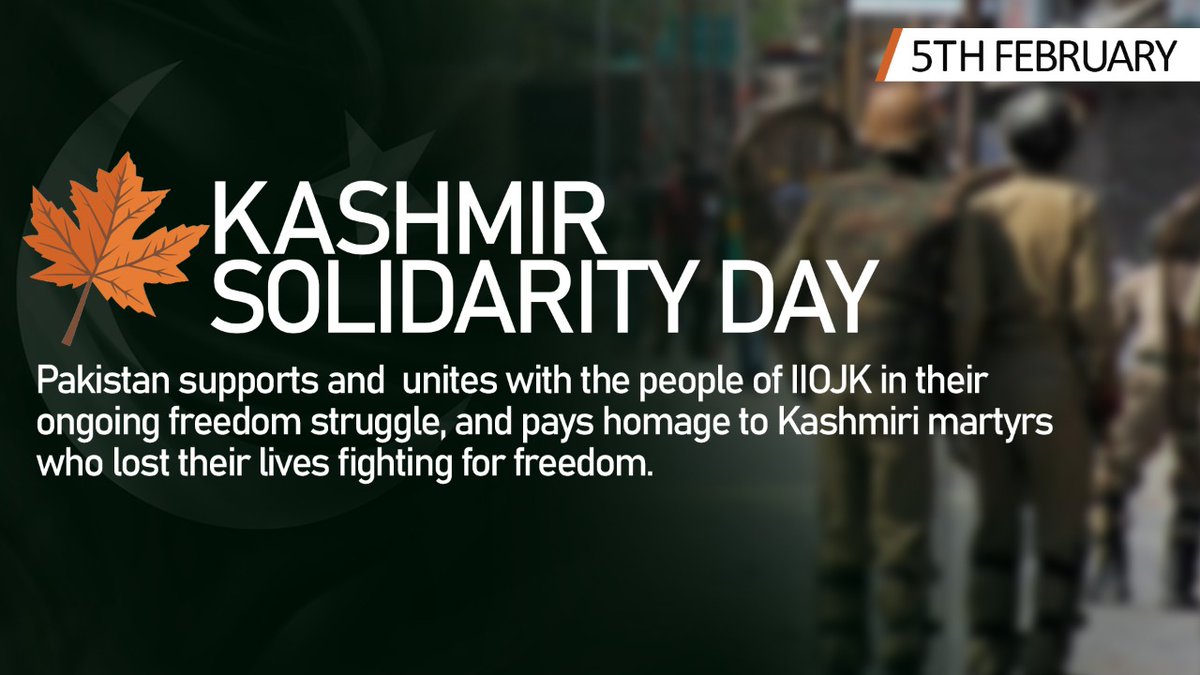 The editorial in Ausaf “Yum-e-Yakjahti Kashmir, Pura Pakistan Yek Jaan Yek Zabaan” observed that despite all political and interest-driven conflict in the country, solidary with Kashmir is an issue that unites the whole nation. Today PM Pakistan and the entire leadership of the opposition are assuring Kashmiris of their complete political, moral and diplomatic support using the different platforms. Indian rulers wish to solve Kashmir’s issue on the basis of give-and-take, but Pakistan considers Kashmir an unfinished agenda of partition and holds that because it had a majority Muslim population, Kashmir must have been a part of Pakistan.

It is drawing the attention of the world time and again to the point that if the Hindutva-worshiper Modi thinks that he can do whatever comes to his mind in Kashmir, it would be the worst mistake he would commit from his side. Any attempt on Kashmir will lead to war. And this war will not be fought between two nuclear-armed countries but three. Nobody can predict the fallout of such a war. Pakistan, as a nation, while expressing its solidarity with the Kashmiris, is asking the global community to play their role, which could not be dodged for long.

Jasarat carried a long editorial titled Yum-e Yekjehti Kashmir ke taqaze (In addition to solitary with Kashmiri’s what else we can do) Ameer of Jamaat-e-Islami Pakistan, Senator Sirajul Haq has warned the international community that Kashmir is the most important issue in the world surrounded by four nuclear powers. If it is not addressed in accordance with the aspirations of millions of Kashmiris, serious threats to peace in the region may emerge. The world should understand the importance and sensitivity of the issue and respect the right of Kashmiris to self-determination. Some sort of a diplomatic emergency should be imposed on Kashmir issue in Pakistan and a permanent Deputy Foreign Minister should be appointed whose responsibility be restricted to Kashmir affairs.

National Conference of Kashmir passed a declaration which demanded that UN should force India to take back its measures of 5 August 2019, as Modi government and its decisions are a threat to the region and the world. After 5 August 2019, there was a need for the government to adopt aggressive diplomacy and adopt a policy of political and military resistance to put pressure on India, but no such measure has been taken by the government except for one speech at the UN.

No step has been taken at the government level to force the Indian government to stop oppressing the Muslims of occupied Kashmir. Mere declaration of 5 February as a public holiday and holding a few celebrations cannot meet the requirements of Kashmir Solidarity Day. The government must launch aggressive diplomacy.