Women March – An Enemy of Women? 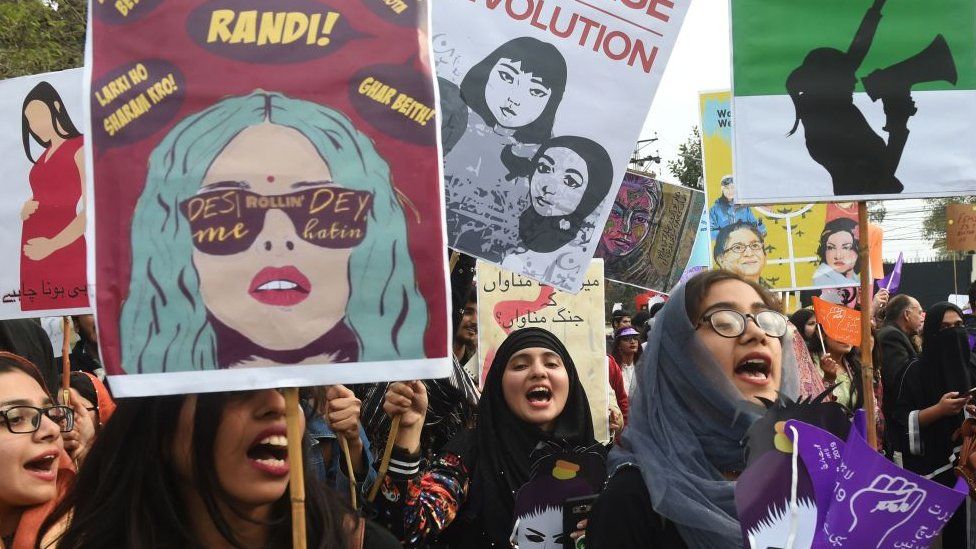 The whole world is celebrating international women’s day. Like in other countries, women in Pakistan also face some serious issues. Despite all the apparent freedom that the women in the West enjoy, nobody in the West can even imagine the rights granted to ladies by Islam. Unfortunately, there are many issues that are societal but are associated with Islam.

For some years, in Pakistan, some ladies are to organize a Women’s March on 8 March. They would dance while raising slogans. Some sections of electronic media, hands-in-gloves with these few people, beam this picture to every household in Pakistan. The kind of slogans these ladies raise for securing their rights and the way they raise them would force any sensible person to think: Are they really working for the empowerment of women or are they enemies of women?. 99 percent of women don’t want to be associated with these claims.

The real question is whether these ladies want their rights or freedom? If they want freedom, then what kind of freedom they want? Are our women human beings whose rights as a daughter, wives, and mothers should be ensured, or are they mere flesh, who want freedom from religious and social norms?

It would have been better if these women would not treat themselves like a ball of flesh. They need to demand rights like health, education, job, property, consent in marriage, etc. Neither people nor the government has any issue with all this. But on analyzing their demands, it seems they want to destroy the family system, make Pakistani women shed their veil and their religion.

When the freedom of expression becomes a tool for hate speech and hurts the sentiment of a majority, it needs to be stopped in a civilized society. This is what UN resolutions and Islam teach us. God willing, only Pakistani women would fight this obscenity and anti-Islam and anti-Pakistan forces!