With Rise of Taliban in AfPak, Narco-Terrorism a Visible Threat to India’s Internal Security 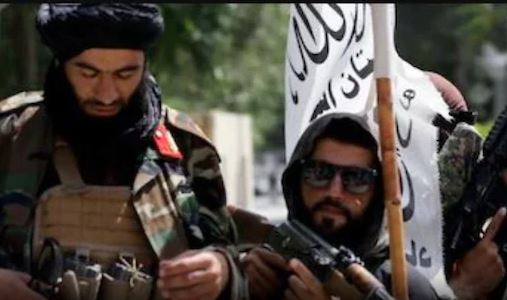 The new buzz word in the realm of nation-state policy, be it internal security or cross-border security, is narco-terrorism. The two critical threats posed before any nation-state today is terrorism and narcotics. Nations have traditionally been fighting ‘war on terror,’ which has been joined by a new ‘war on drugs’. Of late, these two wars of narcotics and terrorism have joined hands posing a composite threat to nations all over the world. Simply speaking, narco-terrorism is a nexus between terrorism and illegal narcotics-trade. This means:

Use of terror (violent) activities to control narcotics-trade

Any outfit, which is involved in narco-terrorism, is using both terrorism and drug trade and has a close nexus between the two. The ultimate aim of the narco-terrorism is to destabilise the nation through the use of terrorism or weaken it through illegal drug trade individually or in combination of both. As a corollary, it presumes that a coordination of anti-drug and anti-terror policy can be used to effectively deal with both these threats.

Terrorism is a traditional phenomenon, whereas narcotics-trafficking is relatively new. The main difference between terrorism and narcotic-trade is the former is primarily aimed at attaining political power with specific purposes while narcotic trafficking is economic and its intention is economic-profiteering from illegal trade.

Narcotic trafficking aims at political power only through remote or through hidden, clandestine and indirect ways. The other main difference is missing of ideology in the case of narcotic-drug trade, which is the main ethos for any terror activity or outfit.

They are natural allies to each other. Both are illegal-illicit activities whose ultimate aim is to destabilise and weaken the nation-state. Narcotics-trade has found its natural allies in terrorism wherein the former is sometime used exclusively as a source of financing terror-funding. They exchange resources, share knowledge and work in tandem. Narcotic traffickers have generally used clandestine ways and have expert knowledge of channels, methods and routes for illicit transfer of their shipments and transportation of narcotics. This information can be of use to terrorists-outfits for the use of goods and people. The common area where they converge and form a nexus is extension of networks and contacts, together with the use of each other’s skills and expertise. From the perspective of internal security, in areas such as law enforcement, intelligence gathering, and security devices, the war on drugs and terror can find a common ground for cooperation based on mutual gain.

India has a long porous border of 15,106 km and a coastline of about 7,516 km. Only five states have no international border or coastal line. Those long borders are shared with seven countries — China, Pakistan, Bhutan, Myanmar, Afghanistan, Nepal and Bangladesh.

India is marred by terrorist and insurgent activities, which are sponsored by the neighboring country. Since secessionism, terrorism and insurgency have occupied the minds of policy maker and public, it is no wonder that few Indians view the smuggling of ganja, opium, hashish and other narcotics as a threat. So, narco-terrorism is yet to sink in the strategic-thinking of the policy-makers.

The lion’s share of the source of terror funding in Kashmir emanates from across the border in Pakistan through its notorious agency ISI. The ISI generates its finances through narco-financing which comes from the control of narcotics trade in the AfPak region. This area is part of the Golden-Crescent, which is the largest producer of illicit-opium in the world. To source its illegal activities, ISI has established over the years a well-entrenched drugs-terrorism nexus which is now a self-propelled profitable business. The need to give birth to this narco-terrorism emerged on account of the need of the funds to counter the Soviet-challenge in Afghanistan where ISI played a pivotal role. This activity soon became the major source of funding for the ISI-military establishment and a well-established trade in Pakistan.

Interestingly, according to a study, Pakistan has the highest per capita heroin addiction rate in the world. So, Pakistan is just exporting an already well-functioning domestic industry into India. The ISI pumps in drugs in Jammu and Kashmir with twofold intentions. Drug-paddling funds terrorist activities; on the other, there is a strong correlation between receptive attitudes towards Jihadism and drug use.

According to an NCB report, more than 25% of the money spent on terrorist activities in India by the ISI comes from the narcotics drug trade. The local youth are initially introduced to the path of extremism through drug addiction. According to a study conducted by the Indian Army in 2018, around 40% of the youth in Jammu and Kashmir suffer from some form of drug addiction, which was below 5% in 2008. Drug-use gives fertile soil to seed the fanatic and radical ideology in the minds of the local youth.

Drugs, sourced from Myanmar and Bangladesh, has a direct bearing on the funding of terror and extremist activities in the northeast. A series of intermittent seizures in India of ‘yaba’ tablets that were meant for Bangladesh, indicating the existence of multiple exit points along the border in Tripura, Assam, and Meghalaya. The proceeds of this drug-trade find its way to insurgent-outfits.

There is a recent trend of use of narcotic-trade of poppy and ‘ganja’ (marijuana) cultivation in Odisha, Jharkhand and Bihar to fund their activities by Left extremists.

With the rise of Taliban in AfPAk and their control over the narco-trade, there is a visible and perceptible threat to India’s internal security. These developments will bolster the rise of terrorism and secessionism activities with more pumping of terror-funding.

It is clear that India needs to be vigilant enough to thwart these two threats as they present clear and present danger.