Winter- A joyful season for the Tourists 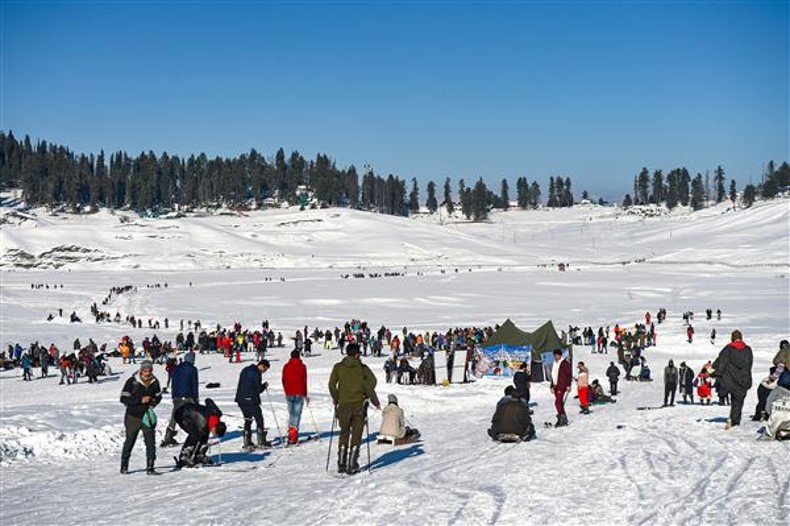 India has a beautiful, multi-cultural region in its northern half namely Kashmir. It had been a piece of cake for any individual in the world to remember the region for its beauty. Its lush green forests enchant a spell of amaze to the eyes of a visitor. rivers like Dal and Wular keep a person spell-bound with its scenery and flow in lap of the nature.

However, due to regional imbalance created by the growth of terrorism, area remained dilapidated otherwise which should have been a model of development and the resources went into dip from the terror’s inception inside the valley. The problem with the ill-intentions of the Pakistan ruined the peace of the valley and the people were sipped with the religious indoctrination- extremism, fundamentalism and other terminology. It was certain that Kashmir is going to be up in economic field and a fuel up in the same would mean a prosperous Kashmir. Hence Pakistan planned to destroy the economic stability of the region, viz a viz flaring up the future of youth by holding guns in their hands.

The boil up in the last decade damaged the tourism industry to the extent of great depression in the inflow of tourists. And winters which used to be glowy went murky for a large portion of time. These winters show a rise in the in flow if tourists with the overall dip in the terrorism. Kashmiris hope the same rhythm to continue for the coming years, so that economy experiences an advance. A lessened percentage of unemployment could be witnessed henceforth from the period ahead. Moreover a depression in rate of psychological illness would be next target achieved.

Not only can snow of winter bring prosperity but it might also give out a positive motivation to the rest of the world about improvement in security scenario. The worldwide famous hospitality of Kashmir, spirit of Kashmiriyat can further spread across the corners of the world with the arrival of the winter in Kashmir. All local Kashmiri militants should give up the gun culture and employ their capacities in rising the Kashmir from the dip of terrorism being sponsored to meet the nefarious ends. Once the real motive behind the terror game is imbibed by the diverted youth, they can realise the covetous designs that mislead the past generations to a dead end.