Why is Only Maryam Nawaz Targeted by Imran Government 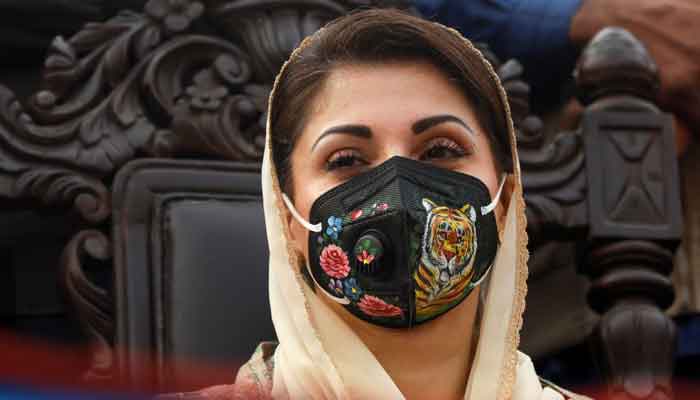 I had written in 2005 In 2005 it was that if the need arises, Maryam Nawaz might turn out to be the trump card for the PML-N. Maryam has a political understanding of the issues. While speaking on different platforms, besides the political rallies, she never thought it fair to defend his father. Also, Maryam is not the first woman to enter Pakistani politics. Maryam taking over the reins of the party from her father is not unprecedented. Maryam has kept proving her credentials time and again. In 2017, it was Maryam who designed the election campaign of Kulsum Begum by putting her life in danger.

After four years, Maryam continues to remain the focus. In a column on 10 November 2016, I wrote that more than Prime Minister Nawaz Sharif, his daughter Maryam was the focus because if Nawaz was to be disqualified, she could take the reins from him. She was the only leader who could have run the party as Nawaz Sharif did. In 2020, many would ask this question, if all PDM leaders want to send Imran Khan-led government packing, why PTI leaders are targeting only Maryam Nawaz: Because Maryam is now the trump card for PML-N.

Three leaders in PDM can pose a threat to Imran Khan. First, Maulana Fazlur Rehman: the Maulana has strong followers who can control the streets. But his political influence remains limited to KP and Balochistan. Second, Bilawal Bhutto: PPP has a strong presence in Sindh but it remains a national party. It has followers in every province. However, the problem with the party is that it does not want to lose the support of the people in Sindh, and it does not want to lose the government in the province by crossing the line. Leaders of PTI know it and that is why they are not worried much about Bilawal Bhutto. They in fact support Bilawal sometimes in public.

As far as Maryam is concerned, she has nothing to lose. She can be arrested but that would increase her credibility. Even if she is sentenced to death or exiled from Pakistan, that would not dent her popularity much. Maryam’s impressive persona and her articulation would create more threats for Imran Khan than any other leader. That is why Imran Khan and his coterie are targeting her so much.

Pakistan Democratic Movement (PDM) held its much-awaited final showdown at Lahore’s Minar-e-Pakistan on 13 December 2020, Sunday, as the ‘first phase’ of its anti-government campaign, under the 11-party alliance came to an end. The public meeting was held despite the PDM leaders being issued security threat alerts as well as being requested by the government not to hold public gatherings as the second Covid-19 wave intensified in the country. PML-N supremo Nawaz Sharif also addressed the rally via video-link from London and underlined that the country could not prosper without a change in the system and under the “hijacked democracy” in Pakistan, and that “time has come to get freedom from this selected set-up,” PDM convener Fazl-ur Rehman announced that opposition parties would march on Islamabad by the end of January or in early February 2021. “We will move towards Islamabad with resignations in hand and will not stop until the end of this illegitimate government.”