Who is Supporting the Pakistan Opposition? 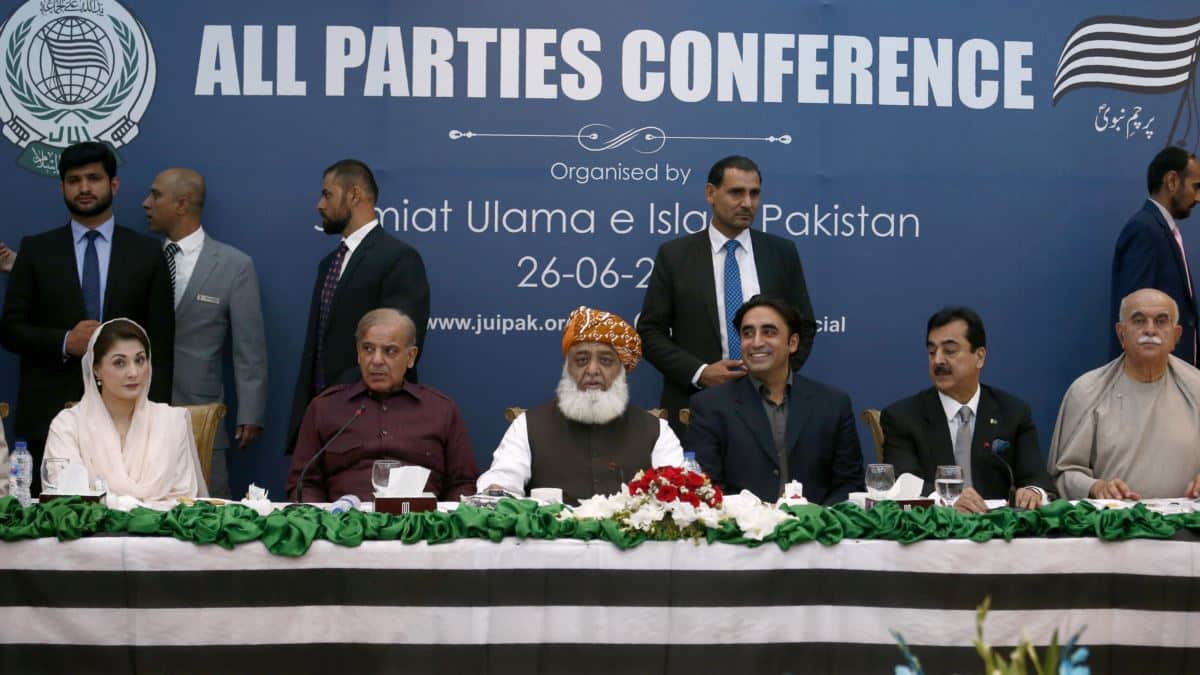 PDM is bent on destroying democracy in Pakistan. Otherwise, everyone knows that no government has ever been brought down by rallies and protests. The opposition claims that ISI and the establishment do not allow elected governments to complete their terms. On the contrary, Nawaz Sharif and Benazir Bhutto had confessed in the Charter of Democracy that they had collaborated with the army in the past to bring down elected governments and pledged that they would not do the same in future. The charter was violated by Nawaz Sharif when he appeared in the Supreme Court against Asif Zardari’s government. Subsequently, Prime Minister Gilani was sent packing.

After the election of 2018, for the first time, the government and the Army are on the same page. The opposition does not like this. Sometimes, it attacks Imran Khan, and at other times, it criticizes the army chief for the failure of the government. Nawaz Sharif, who was a creation of Zia-ul Haq, has taken up cudgels with every army chief. Zardari had said to Gen Raheel that the chiefs come for three years, but politicians remain in politics forever.

Imran Khan inherited an empty treasury. Then the coronavirus pandemic came in to damage the economies of all countries. However, Pakistan has somehow managed its economy well. The exchange reserves have crossed the $20 billion mark. Work is going on with full speed on CPEC projects. All these successes worry about the opposition a lot. If the trend persists, they fear, they would not be able to defeat Imran Khan in the next elections. It is not to say that the opposition is playing in the hands of India. But the political crisis in Pakistan is exploited by New Delhi is clear.

All Eyes on Lahore PDM Jalsa

All eyes, meanwhile, are on Lahore which will host the last of six public gatherings meant to muster support against the government in lead-up to a ‘long march’ to the federal capital designed to remove the PM. While Maryam is out to mobilise the public ahead of the Lahore rally on December 13, the government is doing all that falls within its administrative domain to stop the opposition from managing a big show at Minar-e-Pakistan.

The additional police force has been called to the city; participants of a PML-N bike rally have been booked, and shipping containers are being moved to block roads within the city and seal its entry points. Lahore’s response may, however, cause the two sides to rearrange their positions. If the PDM is able to draw a sizeable crowd at the December 13 gathering, it is likely to compel the government to engage them in a dialogue – at least through backchannels. An ordinary turnout on the other hand may give confidence to the government to pursue its strategy of applying administrative hindrances with even greater force and this may well lead to some serious confrontation.