When will the West admit its crime of genocide? 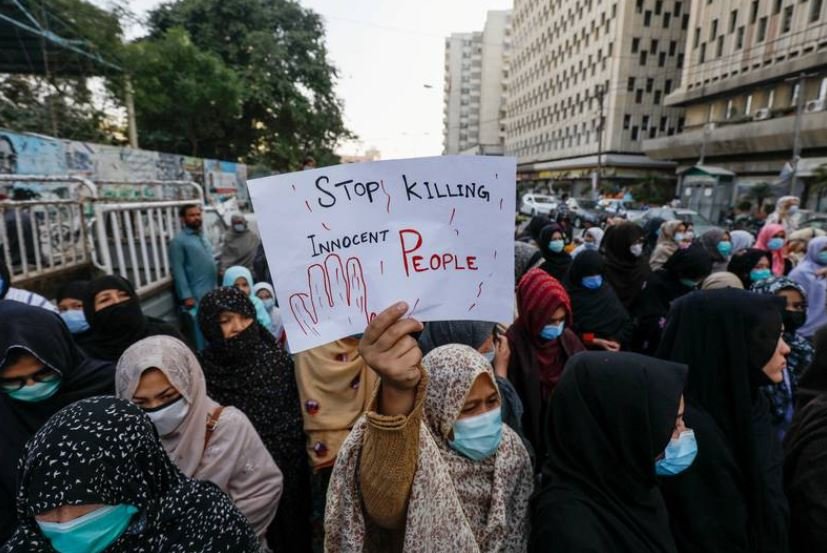 US President Joe Biden has called the massacre of Armenians during the Ottoman era a genocide. Turkish President Recep Tayyip Erdogan has called it interference in Turkey’s affairs and said that we should leave the matter of history to historians. The Western world has pursued a policy of putting pressure on Turkey, calling the massacre of Armenians in the Ottoman Empire a genocide. The purpose of such propaganda is to prove that not only the Turks but also the Muslims are vampires. Human history is full of bloodshed and carnage, but no nation in the world can compete with the bloodshed, carnage, and genocide perpetrated by the West. The United States has recognized the killings of the Armenians as genocide, but the United States must tell us when is it going to recognize the genocide of the Red Indians.

The whites of the West did not commit genocide in the United States alone. They also occupied the continent of Australia and cleaned the Aborigines, the original inhabitants of Australia. An estimated 4 million Aboriginal people were killed by whites in Australia. Unfortunately, even the genocide of the Abyssinians has not been recognized as genocide by the people of the West. The entire history of modern America is steeped in bloodshed, murder, and genocide. The United States killed 3 million Koreans in the Korean War.

To this day, neither the United States nor its allies have acknowledged the massacre or genocide in Afghanistan and Iraq, nor has the West apologized to the people of these two countries. It is a sign of the brutality of the United States and the Western world that they imposed economic sanctions on Iraq in the 1990s. These sanctions have led to a shortage of food and medicine in Iraq, and a shortage of food and medicine has killed one million Iraqis. Among those killed were half a million Iraqi children. When a Western journalist asked former US Secretary of State Madeleine Albright for her opinion about the loss of human lives, she said, “This sacrifice is acceptable to us and has its own value.”

The western love of war can be gauged from a book by Eric Fromm, a prominent Western intellectual and psychologist. In this book, Eric Fromm has proved with statistics that the West has fought more than 2600 small and big wars in the last 1500 years. He writes further that the ancient man used to kill other human beings for his own defense, but to the modern man of the West killing other human beings is a sport. To this day, the West has not apologized to humanity for its wars and bloodshed. It is a historical fact that the US economy is based on its propensity for war.

It is widely believed that the wars fought in the last forty-five years have been occasioned by conspiracies of the American weapons manufacturers. If there were no wars in the world and between nations, the weapons factories of America and Europe would be shut down forever. In this context, there is no greater threat to the West than peace and no greater interest than war, but to this day, the Western world has neither apologized to humanity for its atrocities nor has it expressed its remorse in this regard so far.

History has shown that the West has never apologized to any nation for its economic and financial carnage. When will the West finally admit its crime of genocide?