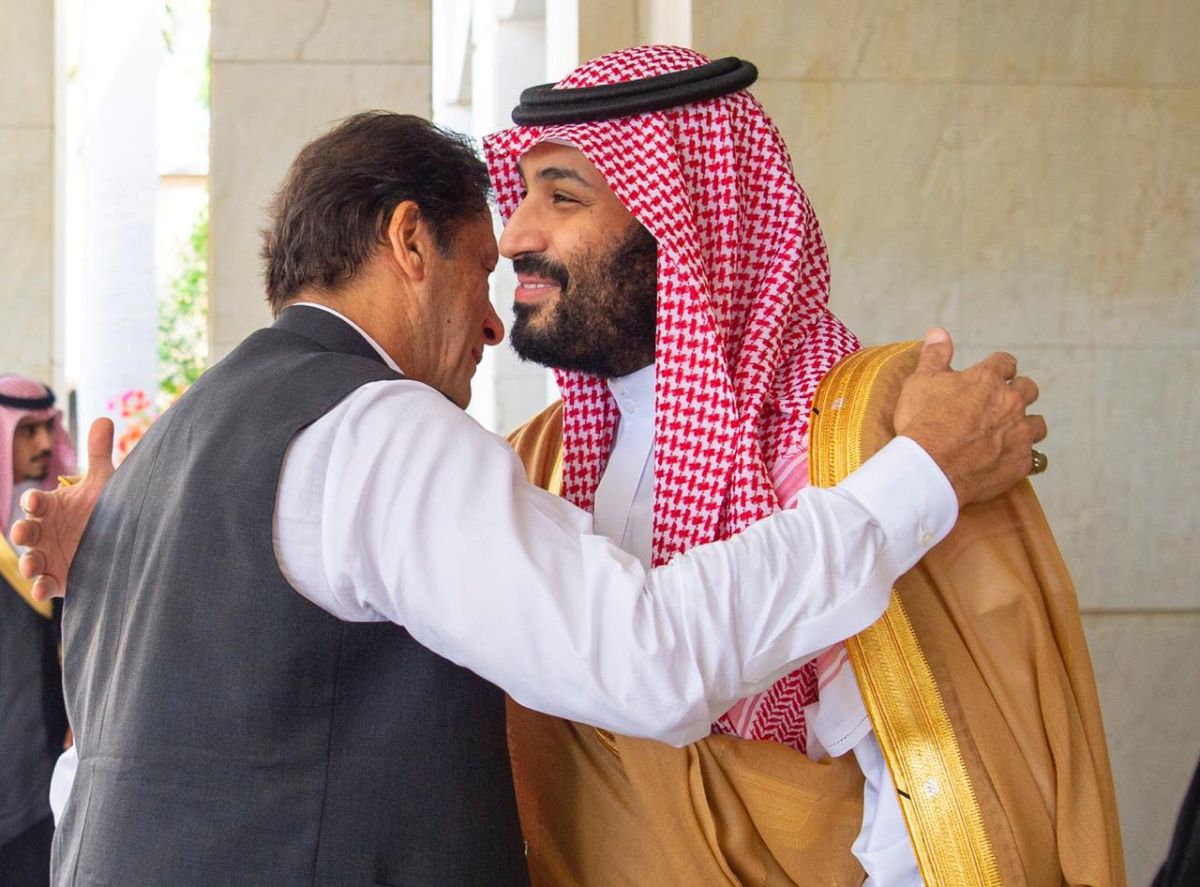 A number of other Pakistani senior civilian and military leaders have also arrived in Saudi Arabia ahead of Khan’s arrival. There are several reasons why Pakistan’s senior military and civilian leadership have quietly reached out to Saudi Arabia.

First, the development appears to be the part of the Pakistan military’s diplomacy to smooth out differences with its longtime ally. Last year, Pakistan’s Foreign Minister Shah Mahmood Qureshi criticized Saudi Arabia for not helping Pakistan regarding the issue of Kashmir with India.

Reportedly, the military’s direct engagement with the Saudi leadership has helped in calming the situation down. Ahead of Bajwa’s visit, Pakistan appointed a well-known retired general as new ambassador to Saudi Arabia. Moreover, Qureshi has not played any role in putting together this trip and may not be traveling with the delegation at all.

Second, it is possible the withdrawal of U.S. troops from Afghanistan may also be on the agenda. The withdrawal of U.S. troops is likely to change a lot in Afghanistan and the broader region and will certainly impact Riyadh’s interests when it comes to its rivalry with Iran. During the 1990s, Saudi Arabia and Pakistan were staunch supporters of the Afghan Taliban. However, that changed after the September 11, 2001 attacks in New York and Washington, D.C.

Over the last decade, Saudi Arabia and Pakistan’s links with the Afghan Taliban appear to have weakened, whereas Iran has made considerable gains in terms of its developing ties with the group.

The Afghan Taliban has managed its international diplomacy from Qatar, with which Saudi Arabia has locked horns for years. Qatar, which has a good working relationship with Iran, may have facilitated Tehran’s rapprochement with the Taliban. This situation should be of a greater concern for Saudi Arabia as the U.S. withdrawal may not only increase Iran’s influence in Afghanistan but could also embolden one of its foes in the Middle Eastern region as well.

Similarly, Pakistan may be on the same page with the Saudis when it comes to the threats that Iran’s influence could pose in Afghanistan after the U.S. troop withdrawal. Pakistani influence over the Taliban has waned over the years as the group has diversified its support base regionally. This situation should be on the Pakistani leadership’s agenda during its Riyadh trip as both countries recalibrate their policies and prepare for the uncertainty that will loom large in Afghanistan in a matter of few months.

Third, Pakistan’s military and civilian leadership would like to take Riyadh’s view on Islamabad’s recent rapprochement with India. To an extent, Saudi Arabia and the UAE have played an important role in pushing for a back channel effort between New Delhi and Islamabad. Arguably, the UAE could not have played its much publicized mediatory role between India and Pakistan without the support and approval of Saudi Arabia, its patron and closet ally.

It is in Saudi Arabia’s interest that hostilities between India and Pakistan decrease and both countries find some sort of way forward on settling their mutual disputes. Saudi Arabia considers both Pakistan and India as important partners and cannot afford to choose one over the other – something Pakistan’s policy makers unwisely expected from Riyadh with their tirade last year. For the Saudis, the best possible solution is to keep both India and Pakistan engaged, which is something Riyadh may have been doing.

On Wednesday, the chief of general staff of Saudi Armed Forces, Gen. Fayiadh Bin Hamed Al Rowaily, assured Bajwa of his “full cooperation and support from KSA in all initiatives aimed at improving regional cooperation, peace and stability.”

These above-mentioned motivations underscore that Pakistan still considers Saudi Arabia a strategic ally and may not be yet ready for a much reported shift in its foreign policy away from Riyadh’s influence.