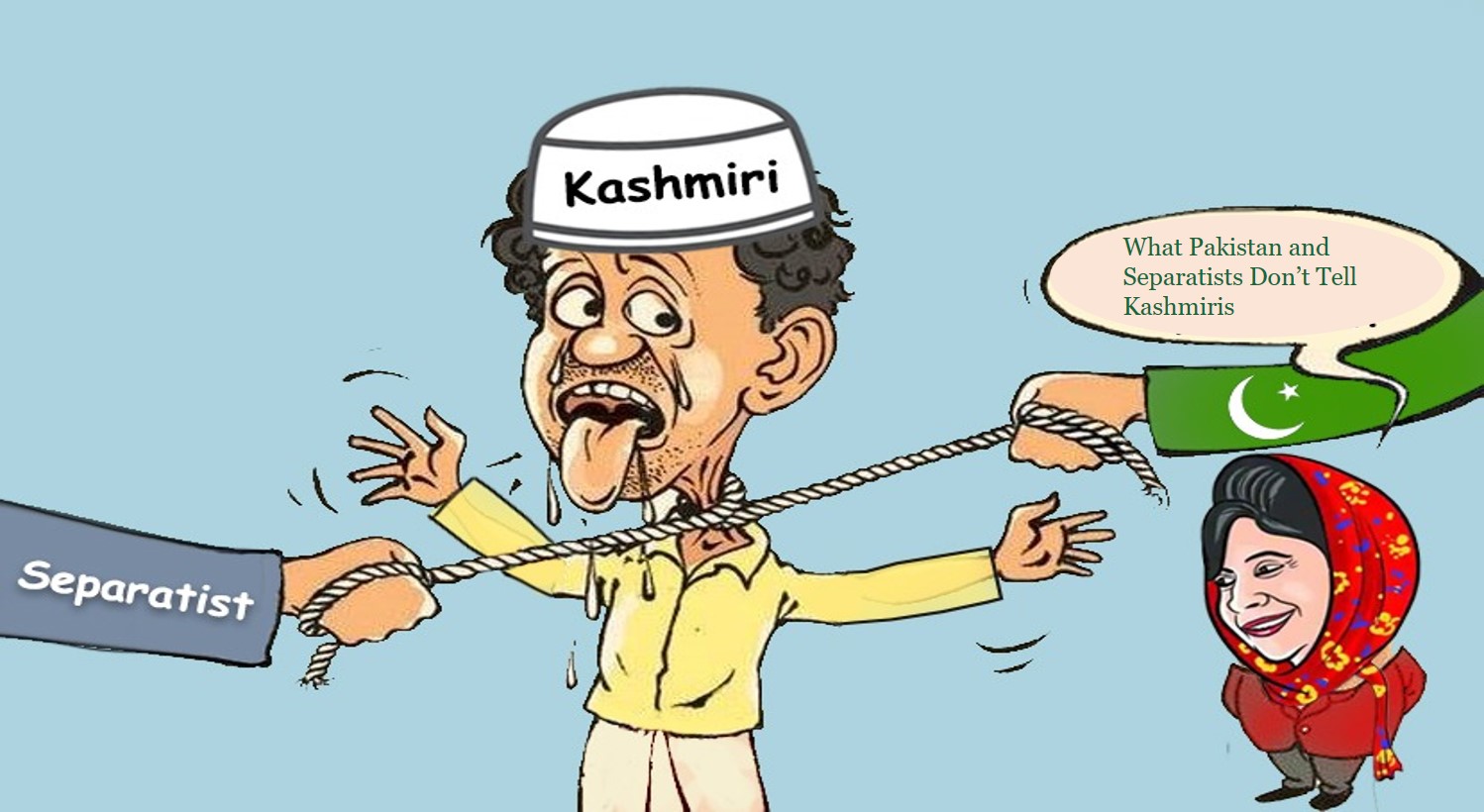 Pakistan knew all along that its Kashmir narrative lacked substance and whatever little hope of UN intervention may have existed, has been scuttled by Islamabad itself
Kashmir narrative and glibly ascribes its rejection to a host of unconvincing reasons, but reality is now dawning on the people of Kashmir. For nearly three quarters of a century, Kashmiris have been fed a lot of untruths- the indisputable proof of which is the fact that even after all the years gone by, Pakistan has failed to move even a single step forward in furthering what it claims to be a “principled stand “on Kashmir.

Au contraire, Pakistan has failed miserably to secure UN intervention on the ‘K’ issue, and UN as well as the international community have rightly determined that Kashmir is a bilateral issue that has to be resolved by India and Pakistan through dialogue with no requirement of any third-party inclusion.

But Pakistan and the separatists don’t tell this to the people of Kashmir.
Pakistan knew all along that its Kashmir narrative lacked substance and whatever little hope of UN intervention may have existed, has been scuttled by Islamabad itself. It’s claim of J&K being “disputed territory collapsed as early as in 1963, when Islamabad ‘ceded’ more than 34,000 square kilometers Shaksgam Valley, which is an undisputed part J&K territory, to China.
Readers would agree that if J&K is indeed “disputed territory “as it claims, then Pakistan doesn’t have any ‘ownership rights’ over the same and hence has no legal right to dispose-off any part of it. Furthermore, by allowing China to undertake extensive developmental activities under CPEC project, Islamabad has further diluted Pakistan’s feeble “disputed territory” claim. So, in trying to appease China, Pakistan has knowingly strangled its own Kashmir narrative.

This is again something Pakistan or the separatists have never told the people of Kashmir.
Despite having accepted UN’s direction to resolve the Kashmir issue through peaceful means, Pakistan still resorted to use of brute force instead. In 1965, it undertook a full-scale military campaign [‘Operation Gibraltar] to seize J&K, and by doing so, brazenly violated the very spirit and soul of UN resolutions on Kashmir. In 1999, Pakistan army once again tried to alter the established Line of Control alignment by intruding into J&K in Kargil.
Pakistan’s army’s puerile ruse to pass-off the Kargil intrusions as the handiwork of ‘Kashmiri freedom fighters’ fooled no one. Showing utter disregards to UN resolutions on Kashmir twice is neither an isolated incident nor an ‘aberration’ and hence, Pakistan’s incessant cacophony on seeking peaceful resolution of the Kashmir issue in accordance with UN resolutions further lost whatever little value it may have had.

This too, Pakistan and separatists have never told the people of Kashmir.
Ironically, while Pakistan continues to wax eloquent on Kashmiris being given their “right of self-determination” to decide whether they wish to remain a part of India or cede to Pakistan, it has denied this very facility to those living in Pakistan occupied Kashmir. So much so that Section 7[3] of POK’s interim constitution states- “No person or political party in Azad Jammu and Kashmir [PoK] shall be permitted to propagate against, or take part in activities prejudicial or detrimental to, the ideology of the State’s accession to Pakistan.”
Due to its shamefaced duplicity that constitutionally proscribes citizens of PoK from exercising fundamental right to freedom of expression and self -determination, all its lofty talk about UN resolutions on Kashmiris rightly perceived as mere gibberish. This is why no one takes Pakistan’s plebiscite demanding J&K for self determination, seriously.

But this too is something that neither Pakistan nor separatists ever tell the people of Kashmir.
While it keeps accusing India of not honoring UN resolutions on Kashmir, Pakistan is itself the main defaulter. UN resolution 47 unambiguously lays down two basic pre-requisites, which need to be complied with before the ‘self-determination’ process can be undertaken:

Step 1- Pakistan has to withdraw all non-Kashmiris from PoK.
Step 2- India has to “progressively reduce” its forces to the minimum level required for maintenance of law and order.
Since Pakistan has consistently refused to withdraw its nationals from PoK, the first mandatory pre-requisite for facilitating the self-determination process remains unfulfilled. As such the question of going ahead with the right to self-determination exercise [as Pakistan keeps demanding], doesn’t arise. This clearly indicates complete lack of seriousness on Pakistan’s part as far as resolving the Kashmir issue is concerned.

But this neither Pakistan nor separatists have ever told the people of Kashmir.
That Pakistan itself isn’t confident about its concocted Kashmir narrative is evident from its near-complete reliance on proxy war and intimidation of Kashmiris to keep the pot boiling in Kashmir Valley. This is no conjecture but the logical interpretation of Pakistan army chief Gen Qamar Javed Bajwa’s 2019 announcement that “Pakistan Army firmly stands by the Kashmiris in their just struggle to the very end… We are prepared and shall go to any extent to fulfil our obligations in this regard.”
So, those who are hopeful that despite tasting failure repeatedly for nearly seven and a half decades, Pakistan will somehow still be able to compel UN and the international community to accept its irrational and selective Kashmir issue related demands, are bound to be disappointed.
This is something that Pakistan and the separatists will most certainly never tell the people of Kashmir- but this reality is exactly what the Kashmiris need to know.