We are committed to freedom of Kashmiris 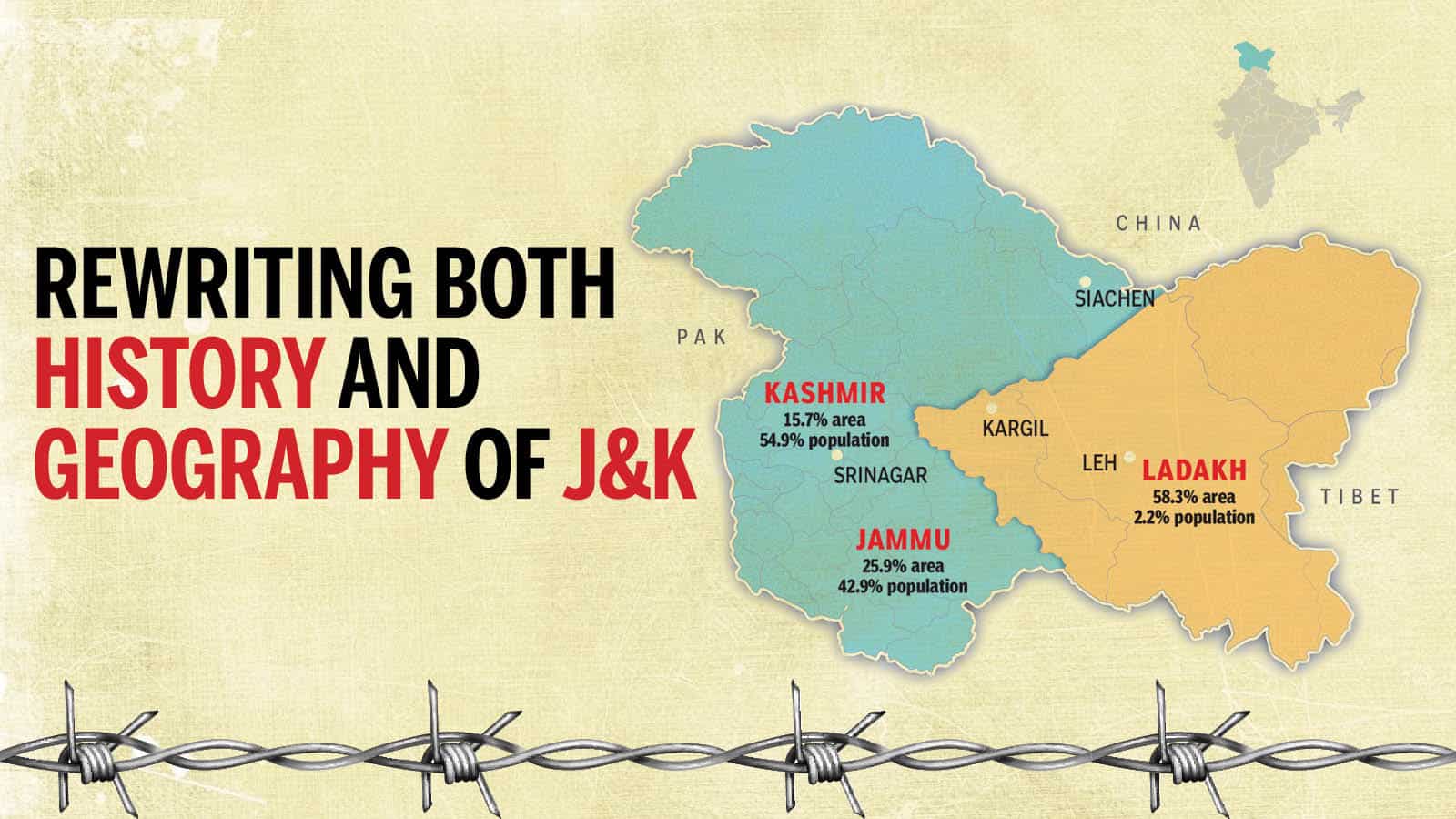 The press conference by foreign minister Shah Mehmood Qureshi along with minister for information and broadcasting Shibli Faraz and SAPM Moeed Yosuf, one day before the Eid al-Adha, was to show solidarity with the Kashmiris for their bravery and resolve in their fight against India after the abrogation of the special status of Jammu and Kashmir. Tomorrow is the anniversary of that darkest day in history, when Bharatiya Janata Party (BJP), the extremist Hindutva party in India, abrogated Article 370 that gave special status to Kashmir in India. This was in violation of all international norms and UN resolutions on Kashmir. India has tried its best to integrate the state by dividing it into two union territories. A controversial domicile law has been imposed.

The demography of the state is being changed at will. The Kashmiris are responding to it with great resolve. They are exposing India by reaching out to every sensible person worth the name around the world. Even in India, some people are criticizing New Delhi’s approach vis-à-vis Kashmir. Former home minister P Chidambaram has called it an “open prison”. He wrote in an article that what Modi-Sarkar wanted to achieve by abrogating the article has not been achieved. Foreign Minister Shah Mehmood Qureshi said in the press conference that Pakistan would stand by Kashmiris come what may. He said that on 5 August the whole nation would keep one-minute silence to show its support for the Kashmiris in their struggle for freedom. He added that Pakistan would brief the international community about the situation in Kashmir.

Senior Hurriyat leader in Kashmir, Ali Shah Gilani, has also appealed to the whole world to take note of the plight of the Kashmiris. If the statements of Army Chief Gen Bajwa and Shah Mehmood Qureshi are seen together, they imply that all Pakistanis stand by their Kashmiri brethren and the government of Pakistan is also determined to raise the Kashmir issue at every international forum. Pakistan will not let Kashmiris down.

Take the voice of Kashmiris to the world capitals, but is that enough. Government of Pakistan is active on the mass media front vis-à-vis the Kashmir issue. The PM, FM and other ministers are coming out with encouraging statements. Kashmir highway is being renamed as Srinagar highway. The Senate of Pakistan has already recommended renaming an engineering university after Syed Ali Shah Geelani the leader of Hurriyat and that he should be awarded Nishan-e-Pakistan. There is a possibility of holding a senate session in Muzaffarabad. If it happens, it will be the first of its kind in the history of Pakistan.

These steps are being taken in the backdrop of abrogation of special status of Kashmir on 05 August 2020. It was known to all that such unilateral decision by India would jeopardize the security of the region as Pakistan would not sit idle. In contrast, Pakistan has avoided taking any stern action against such steps by India. The government of Pakistan may like to project it as ‘responsible behaviour’, but the Kashmiris and international community may look at it in a different light because Pakistan has chosen not to act as per their expectations. The Pakistani PM delivered a powerful speech in the UN; the FM used both telephone and tweets to reach out to a larger audience. However, we did not achieve much. We could not channelize the displeasure shown in some of the Arab countries against India.

India is now headed by people for whom the Pakistani method of condemning resolutions, attending meetings, diplomatic protests, renaming of roads, organisation of protest rallies do not matter, even if such measures may be giving emotional support to the Kashmiris. Pakistan must now work towards imposing actual diplomatic pressure and run an aggressive diplomatic campaign vis-à-vis India. The Pakistani resolve to become the voice of the Kashmiris through issuing of statements, organising protest rallies is all right, but not enough. These steps will not bring India to senses. For this purpose, we need to convince human rights organizations and friendly countries to impose economic sanctions on India. This idea enjoys wide acceptability among the educated intelligentsia in UAE, Bahrain, Saudi Arabia, and Kuwait and members of royal families. Pakistan must try to galvanize such opinion and take some concrete action in this regards which would initiate India.