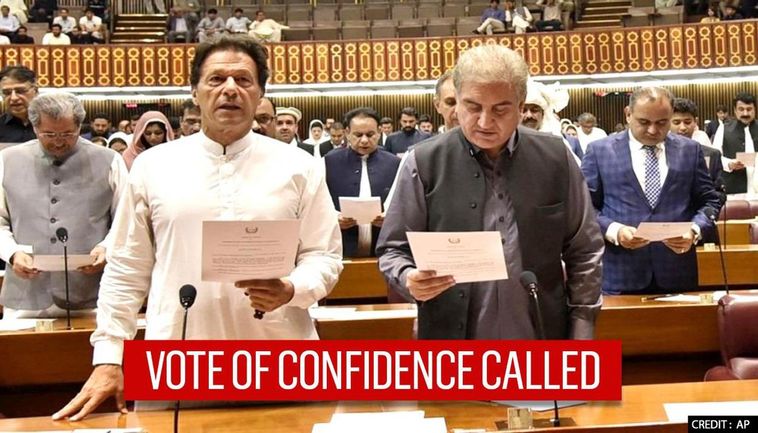 However, even if Imran Khan received a vote of confidence from the House, the question remains whether Imran Khan has emerged stronger or weaker from this shock? Khan has been tightening the noose of accountability against the opposition since day one. His speeches start and end with the announcement of not giving NRO. Opposition parties are not new to politics. They are two active and powerful players in the post-1985 parliamentary system.

Now the election of the Chairman and Deputy Chairman of the Senate will take place where once again the charisma and accomplishments of Asif Zardari will be at play. If this stage is passed then Punjab will once again be a battlefield full of adventures. All said and done, the current system does not seem to be working. The system does not mean the current government but the parliamentary system that started in 1985. This system has given the country nothing but corruption, extravagance, civilian army conflict, and many more. In fact, the system failed when General Zia ul-Haq had to send his own Prime Minister Muhammad Khan Junejo from Islamabad to Sindhari. Barring few years of General Musharraf’s rule, the system had three-and-a-half decades to deliver. But in those years, neither the country’s political parties nor the country’s institutions subscribed to the democratic principles fully. They did not show any maturity and there was no transparency in the way the institutions ran in the country.

If the present government falls, then Imran Khan will not allow future rulers to rule comfortably. Given the tensions in the current system, it is unlikely that any government will be able to run smoothly in the future. The depth and intensity of the tension on the political scene were reflected in the pushes and punches between the PTI and opposition supporters outside Parliament House. Right now, the issue is limited to punches and kicks. If the situation continues to escalate in this direction, the scenes involving PNA and Bhutto once upon a time can be seen again. Imran Khan should not forget the fact that his government is an ‘experiment’ after the failure of many such experiments and there are no signs and possibilities of a new experiment after his failure.

Therefore, Imran Khan has to focus on delivery instead of making rhetorical speeches. He has tightened the noose on the opposition, so the opposition will naturally keep trying to break the noose and come out of the wall.