US Withdrawal From Afghan: Is J&K Going To Become An Arena Again? 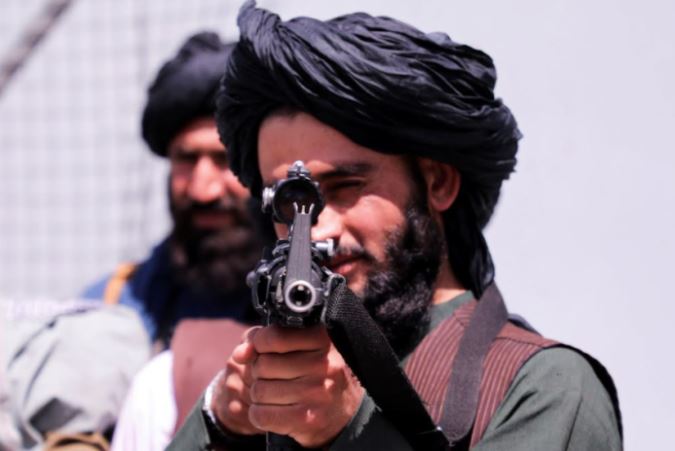 In 1991, hundreds of Hezb-e-Islami fighters led by Afghan warlord Gulbuddin Hekmatyar took part in armed militancy in the Kashmir Valley. A large number of fighters from other proxy groups who were involved in the Afghan war also focused their attention here. The armed militancy, which began in late 1988, has killed at least 40,000 people, according to figures compiled by some human rights activists.

Fear That Pakistan-Based Mercenaries May Come To India
Some world powers including the Indian state fear that militants from various Pakistani cities and Pakistan-administered Jammu and Kashmir, who were fighting with the Taliban in the war in Afghanistan may now try to infiltrate Jammu and Kashmir. Apart from Indian analysts and state officials, the Indian media is also looking confused after the Taliban’s occupation of Afghanistan.

According to a recent UN report, two major militant groups operating in Jammu and Kashmir, Jaish-e-Muhammad and Lashkar-e-Taiba, have historical ties to the Taliban. According to the report, about 6,500 Lashkar-e-Taiba and Jaish-e-Muhammad fighters were active in the Afghan war. Speaking to The Guardian, Douglas London, the CIA’s counter-terrorism chief in South and Southwest Asia, had said that he was committed to the Taliban’s promises and declarations to stop militant Kashmiri groups from operating on Afghan soil. Very few believed the militant groups on this count.

According to some sources, the Indian state has maintained secret relations with some factions of the Taliban in the intervening years. On the other hand, during the previous rule of the Taliban, Pakistan’s relations with them were considered to be the most ideal. But despite these ideal relations, the Taliban did not recognize the Durand Line as the official border.

Backlash against Pakistan in Afghanistan
Today, the Taliban have numerous reservations about the Pakistani state. Anti-Pakistan rhetoric in protests in Afghan cities also shows that the Afghan people have more suspicions about the Pakistani state than ever before. There is also a backlash against Pakistan within the Taliban. Many Taliban cabinet leaders have spent years in Pakistani jails. Several Taliban leaders have been arrested by Pakistani forces and handed over to the United States.

India has spent more than 3 3 billion in Afghanistan over the past two decades on various projects in Afghanistan, including the construction of schools, colleges, hospitals, power plants, dams and the parliament building. The Taliban have made it clear that they want India’s plans continue. Given all these facts, it is safe to assume that the bonds in these relationships of interest are weak. It is more likely that the Taliban, instead of being completely under the control of the Pakistani state and institutions, will seek to establish as free relations as possible and to take into account their own interests as well as those of other regional powers in decisions.