US wants Pakistan to keep Afghan border open for DPs 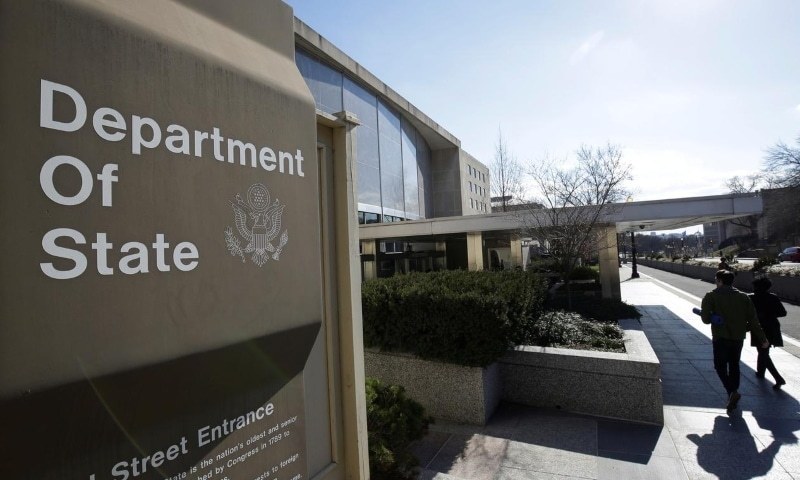 The United States wants Pakistan to keep its borders with Afghanistan open for Afghan refugees, a demand that could strain already tense relations between the two countries.

“So, in a place like Pakistan, it’ll be important that their borders remain open,” said a senior State Department official while briefing journalists on the new US refugee admission programme for Afghan nationals.

“Obviously, if people go north or if they go via Iran to Turkey …(they) have an opportunity both to enter the country as well as to register with either the government or with UNHCR,” the official added.

The new programme, announced on Monday, applies to those who worked on US-funded projects and to Afghans employed by a US-based media or non-governmental organisation (NGO).

An earlier programme, known as the Special Immigration Visa (SIV), covers interpreters and others who worked for the US government agencies, and their families.

Besides Pakistan, the US State Department has also asked Turkey to allow Afghans to stay in the country for up to 14 months before they are resettled in the United States.

National Security Adviser Moeed Yusuf said at a briefing in Washington this week that arrangements should be made to keep displaced Afghans inside their country instead of pushing them into Pakistan.

“Why make them dar-ba-dar (homeless)? Make arrangements for them inside their country. Pakistan does not have the capacity to take more refugees.”

The Turkish government too has criticised the US plan to use third countries to resettle Afghans, saying the move would cause a “great migration crisis” in the region.

“We do not accept the irresponsible decision taken by the United States without consulting our country,” the Turkish Ministry Foreign Ministry said in a statement issued in Ankara.

“If the United States wants to take these people to its country, it is possible to transfer them directly to their country by planes.”

There are two countries that can play a pivotal role in this resettlement plan, Iran and Pakistan. Since the United States does not have diplomatic relations with Iran, US policy makers look at Pakistan to help them implement this programme.

Pakistan, however, appears reluctant to do so. Since 1979, Pakistan has hosted millions of Afghans and more than three million are permanently settled in the country. Pakistani officials argue that their economy is not strong enough to absorb more refugees.