US to evacuate Afghan interpreters who helped military 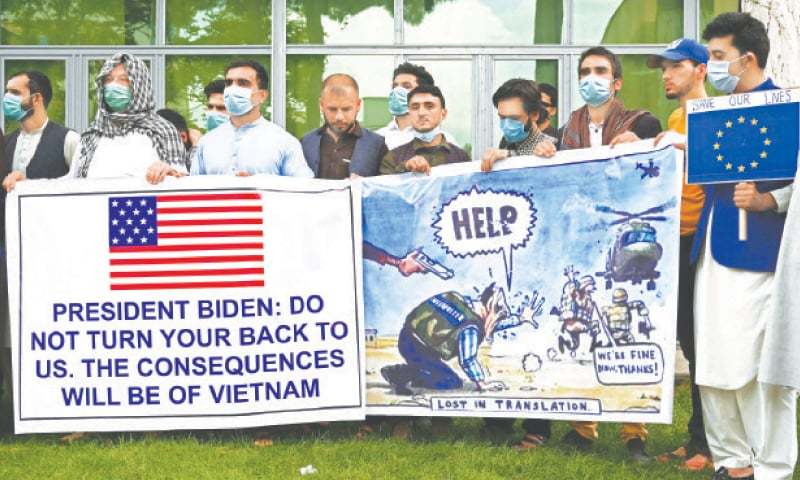 The United States will evacuate thousands of Afghan interpreters and others who helped US forces in the country starting in late July, a senior administration official said on Wednesday.

“At President Biden’s direction, the United States is launching Operation Allies Refuge to support relocation flights for interested and eligible Afghan nationals and their families who have supported the United States and our partners in Afghanistan,” the official said.

The interpreters being readied for evacuation are those who have already filed applications under the State Department programme of Special Immigrant Visas (SIV) for Iraqi and Afghan translators and interpreters who have assisted US forces over the past two decades of war.

Many of the Afghan interpreters who worked with US and Nato forces over the past two decades fear retaliation by the Taliban, who are seeking to regain control of the government in Kabul after the departure of US troops before the end of August.

Some estimates say there are around 18,000 people who would qualify, and who with their families could take the total number of evacuees to as many as 100,000 people.

The US military will be handling the evacuees, who could be first transported to US bases overseas, Pentagon Press Secretary John Kirby said on Tuesday.

Not all of the interpreters have asked to leave, Kirby noted.

The Taliban have killed a number of Afghans who have worked for US forces, and some interpreters have said they have received threats against their families.

Afghan forces continue to battle the Islamist insurgents, who have increased the expanse of rural areas they control in an offensive that began last year when Washington announced it would withdraw all troops this year.

“The United States remains confident that Afghanistan’s Armed Forces have the tools and capability to defend their country and that the conflict will ultimately have to be resolved at the negotiating table,” the US official said.