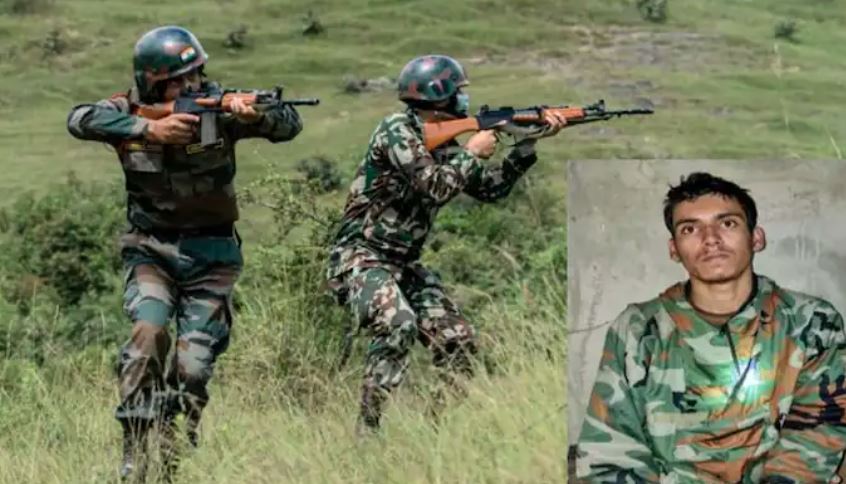 Pakistan Army’s connivance in abetting terrorism and infiltration has once again been exposed.

The operation was launched on the intervening night of September 18-19 after a group of six Lashkar-e-Tayiiba terrorists, taking advantage of the darkness, uneven ground, bad weather and thick undergrowth, attempted to infiltrate.

The infiltration attempt was carried out near the general area of Pakistani post Jabri.

The infiltrators were challenged by the patrolling party and in the ensuing encounter, two terrorists managed to sneak in while the other fled back towards the Pakistan-occupied Kashmir. Following this, reinforcements were inducted and multiple patrols were launched.

Contact was re-established with the terrorists on September 25 around 800 meters inside the Indian side of LoC. By the next day afternoon, one Pakistani terrorist had been eliminated. The second Pakistani terrorist, named Ali Babar Patra, appealed to surrender and was captured alive.

According to Army officials, the terrorists had used the Salamabad Nala route to attempt infiltration. This was the same route used by terrorists to infiltrate in 2016 to carry out the suicide attack on Uri Garrison.

The surrendered terrorist revealed that his group of six terrorists hailed from Pakistan’s Punjab. He underwent three weeks of preliminary training at the Garhi Habibullah Camp in Khyber Pakhtunkhwa in 2019 followed by another training in 2021.

Babar revealed that the instructors for physical and weapons training were Pakistan Army personnel. The surrendered terrorist was promised Rs 30,000 after he returned safely from Pattan in Baramulla, where the group was to deliver the war-like stores.

He confessed that a fake narrative of ‘Islam being in danger’ and perceived persecution of Muslims in Kashmir was the main theme of indoctrination during the training.

Pakistan Army’s connivance in abetting terrorism and infiltration has once again been exposed.