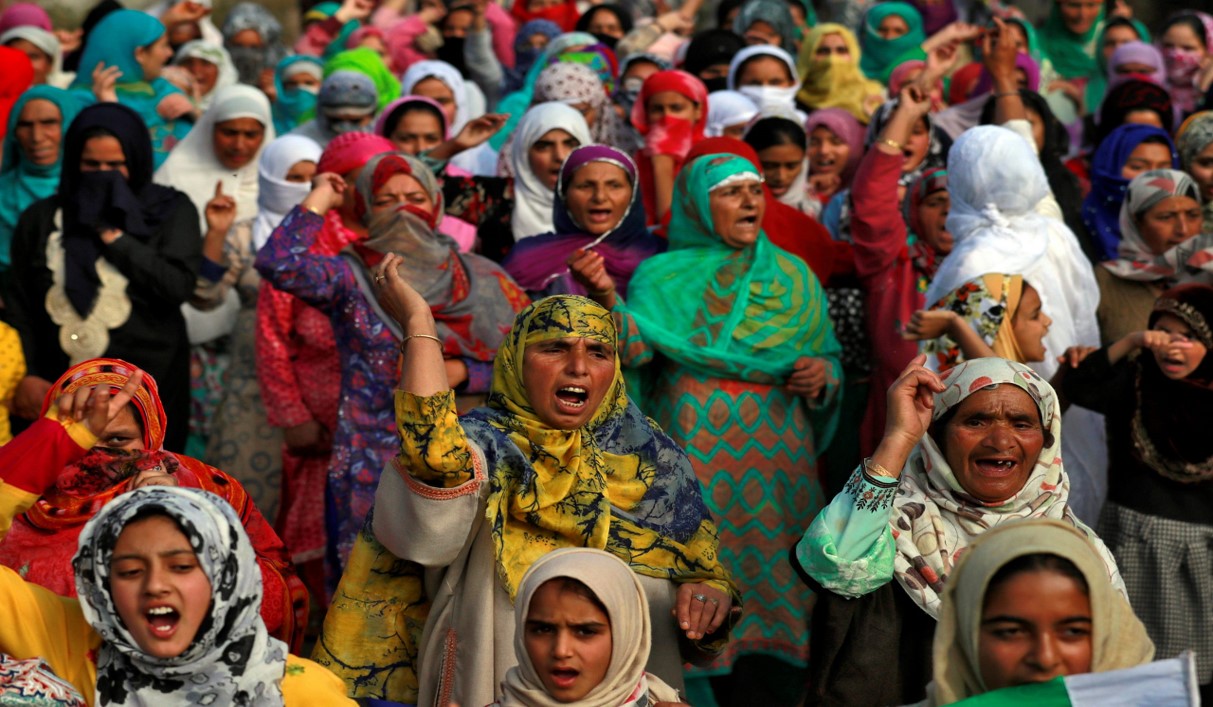 On December 10, the world celebrates Human Rights (HR) Day. This date coincides with the adoption and proclamation of the universal declaration of human rights by the United Nations General Assembly in 1948.

For many years, in Kashmir, the day has been marked by protests. On this day, the Hurriyat Conference, a minuscule separatist segment in the Kashmiri political landscape, invariably attempted to project the fallacy of the Indian state as an oppressor of human rights, this used to be done at the behest of Pakistan, with finances too provided by the country. Such fallacious attempts by the separatists have now been exposed as purely subjective postures completely divorced from the situation on ground.

In the present scenario, where a sincere attempt has been made by the Government of India to usher absolute freedom and democracy in the region by removal of draconian, inhibiting and unconstitutional legislations like Article 370 and Article 35A, many local voices, led by Pakistan, continue with the attempt to raise the bogey of HR violations. These voices have vested interests, mostly financial in nature.

The people of India and the world, however, understand the good intentions of the Government of India and have remained steadfast in support of the actions being taken for the betterment of the people of Jammu and Kashmir. The overwhelming international perception is that change in the political structure of the region is an internal matter for India that should not elicit any outside interference.

The issue of restrictions in Kashmir was raised by none less than Pakistani Prime Minister Imran Khan himself in multiple international forums. Notwithstanding the huge psychological campaign launched by Pakistan through its prime minister, the world leaders remained content with the assurance that these have been necessitated to maintain peace in the region and, being temporary in nature, would be removed as soon as the situation stabilises. The government stood by its word and all restrictions were removed within a year thus putting a lid on Pakistan’s abrasive campaign.

The state has witnessed a peaceful transition where many had predicted and also threatened widespread violence and mayhem should any attempt be made to change its constitutional status. Many innocent people and even highly respected persons like the devout Mirwaiz Mohammad Farook and separatist leader Abdul Gani were killed.

The Indian Government is sensitive about this threat and has taken all necessary steps to ensure the safety and security of civilians. The fact that the number of operative militants in the region has reduced drastically due to sustained operations by the security forces, led by the Indian Army needs to be seen as a big success achieved by the state in protection of the Human Rights of the people.

The Indian security forces, led by the Indian army, have always pursued a policy of zero-tolerance to HR violations. On ground it translates into quick and exemplary punishment to any such person of the force who is found guilty of committing a violation. It has also led to formulation of a policy of using minimum force in the conduct of counter militant operations, to the extent of taking casualties of own personnel in attempts to avoid collateral damage to civilian life and property. It is for this reason that the security forces operate with full support of the local population and have been successful in containing foreign sponsored terrorism to a great degree.

This apart the Indian army has, since long, reached out to the civilian population with welfare measures under its initiative code named Operation Sadbhavna. Under this initiative the army provides relief and succour to the people, especially those affected by militancy and these living in remote areas. The welfare measures include medical assistance, education, vocational training, infrastructure development, sports and cultural activities and specific assistance to those in need etc.

India has, despite monumental challenges being faced due to militancy , always complied with and respected internationally recognised human rights in Jammu and Kashmir. Such an approach is in concert with the age-old ideology of peaceful coexistence and respect for human values that also form the fundamental principles of the country. The world is quite aware as to who the actual perpetrator of HR violations is. Paid stooges in the information domain cannot change this reality.

On Human Rights Day, the Indian nation needs to stand as one and take a solemn oath to do whatever is possible to wrest the beautiful land of Jammu and Kashmir and its people from the foreign sponsored shadow of the gun and to ensure that the people enjoy the fruits of democracy and freedom as is their right under the Constitution of the country. A consolidated effort in this direction that involves the people, the government and the civil society is bound to accrue positive results.