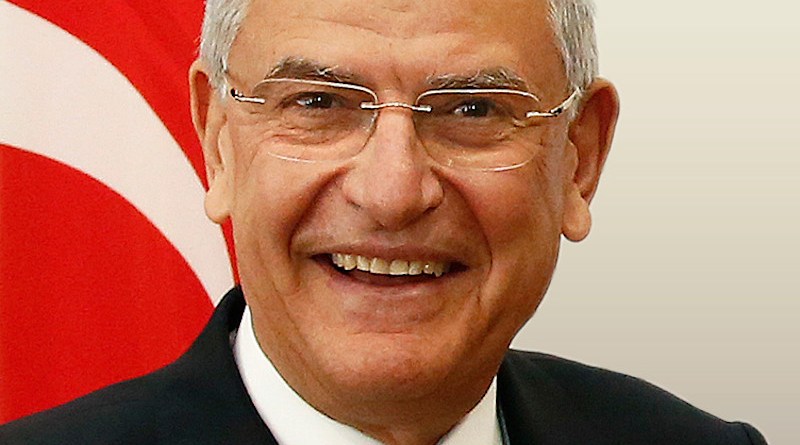 “Chamde ke sikka chalana” [issuing coins made of leather] is a common refrain used in India [and Pakistan] to describe brazen exploitation of power or authority by someone who has but a fleeting window of opportunity. This phrase is believed to have originated during the sixteenth century when Mughal Emperor Humayun rewarded a commoner by allowing him sit on the throne for one day.

The story goes thus: after being defeated by Afghan forces under Sher Shah Suri in the Battle of Chausa [approximately 16 KM Southwest of Buxar, Bihar], the Mughal army fell into disarray and in order to save his life Humayun jumped into the Ganges River. However, as Humayun could not swim [or was either overcome by fatigue or overwhelmed the currents], he started drowning.

Seeing him desperately struggling to keep himself afloat, a ‘bhisti’ [ traditional water carrier] named Nizam is said to have inflated his ‘mashk’ [goat-skin bag used as a vessel to carry water] and using it as a buoy, helped Humayun to cross the river. The emperor didn’t forget Bhisti Nizam’s good deed and when he regained his kingdom, Humayun called for this good Samaritan and made him sit on the throne for a day.

Aware of the fact that his unprecedented elevation was short-lived, Nizam sought to do something that he hoped would outlive his diurnal reign. So, he is said to have ordered currency bearing his name and date of coronation to be made out of leather and circulated, which was done. However, as was expected, this novel currency immediately fell into disuse, but Nizam’s idea did immortalise him through the aforesaid phrase as has only become more popular with the passage of time.

Fast forward to the present, and we find the current United Nations General Assembly [UNGA] President, Volkan Bozkir [whose one-year stipulated tenure expires in just four months] doing a ‘Bhisti Nizam’ to secure his future relevance by toeing Ankara’s skewed Kashmir narrative. What else explains his “I think it is the duty, especially Pakistan’s, to bring this [Kashmir issue] to the United Nation platform more strongly” remark? Can the nominated head of an international organisation like UNGA that prides itself for its impartiality and inclusivity, publicly make suggestions that are patently subjective?

New Delhi has rightly “expressed strong opposition” to UNGA President’s “misleading and prejudiced remarks” terming them something that’s “truly regrettable and [which] surely diminishes his standing on the global platform” . However, though prompt and strongly worded, this criticism unfortunately falls far short of the condemnation that it rightly deserves. The issue here isn’t something as trivial as what a Turkish national on the fag-end of his tenure as UNGA president has said. Au contraire, it’s about a UNGA President belittling the stature of this august organisation by delving in gibberish.

Being a strong believer in the comity of nations and as an ardent advocate regarding neutrality of international bodies, it becomes incumbent on New Delhi to ensure that such a serious incident to be swept under the carpet. What needs to be remembered is that the aim isn’t seeking international condemnation of Bozkir’s irresponsible ruminations on the Kashmir issue, but to ensure that such reckless imputations by those heading international bodies don’t misuse their official position by making imprudent statements that put to question the credibility of the organisation they represent.

Islamabad is celebrating the UNGA president’s “I think it is the duty, especially Pakistan’s, to bring this [Kashmir issue] to the United Nation platform more strongly,” and “both parties… must refrain from taking steps that could affect the status of J&K” remarks. However, this optimism may be misplaced, because if one serious ponders over these statements, then rather than indicting New Delhi, Bozkir’s statements have instead put Islamabad in a rather awkward spot.

Readers may recall that after New Delhi abrogated Article 370, Radio Pakistan reported that Prime Minister Imran Khan had “assured the nation that he will forcefully present the Kashmir case like never before at the UNGA session.” At UNGA, he took more than twice the time allotted and Pakistan government as well as the media was full of praise for what Khan spoke about Kashmir. So, doesn’t the UNGA president’s remark that “I think it is the duty, especially Pakistan’s, to bring this [Kashmir issue] to the United Nation platform more strongly” outrightly contradict Khan’s grand announcement to “forcefully present the Kashmir case like never before”?

The second issue Bozkir spoke about was that “both parties… must refrain from taking steps that could affect the status of J&K.” Islamabad may publicly contend that the UNGA president was referring to Article 370 abrogation by New Delhi as it had affected the status of J&K. However, in its heart of hearts Islamabad knows very well that its assertion has no locus standi. UNSC’s refusal to entertain Pakistan’s request for directing New Delhi to revoke Article 370 abrogation as it violated UNSC resolutions on Kashmir, not once but thrice, illustrates just how unconvincing Islamabad’s argument is!

Furthermore, by making much hue and cry about taking Article 370 abrogation issue to International Court of Justice but failing to do so is a clear indicator that Islamabad is fully aware that its much-hyped Kashmir narrative has no legal basis whatsoever.

There are no two views that over the years the status of J&K has been changed. However, the culprit isn’t New Delhi but Islamabad, which has demolished its own “disputed territory” hypothesis by:

Permitting a third party [China] to construct roads and infrastructure in Pakistan Occupied Kashmir [PoK], without seeking approval of either UNSC or New Delhi.

The decision to merge Gilgit-Baltistan [which is an integral part of J&K] with Pakistan by making it one of its provinces.
Islamabad may keep thumping its own back by shouting from rooftops that its efforts to “internationalise” the Kashmir issue has been an unqualified success and citing inconsequential utterances like those made by the UNGA president as ‘victories’. However, if this is really the case, then where was the need for Prime Minister Imran Khan to paint a dismal picture by saying “Whether the world stands with Kashmiris or not, Pakistan is standing by them.”?

So, someone is being economical with the truth.