Top 5 failures of Pakistan Army in different wars with India 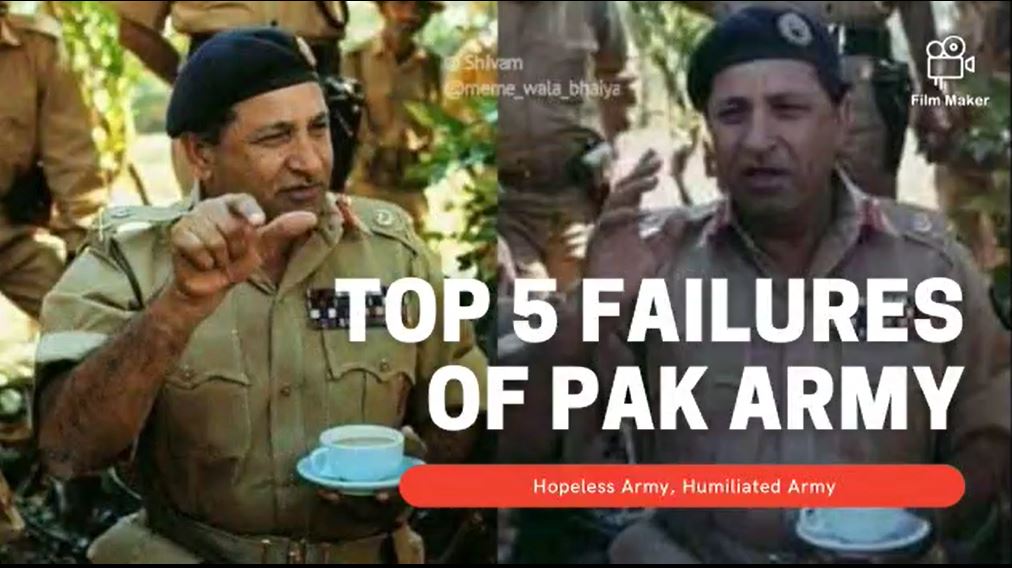 The Indo-Pak War of 1965 was the culmination of a series of disputes between India and Pakistan.

The partition of India even led to dispute over sharing of river waters. The water of nearly all the rivers – Indus, Chenab, Sutlej, Beas, and Ravi flowed from India. In 1948 India stopped water of these rivers.

A dispute ensued and the Indus Water Treaty of 1960 signed between Nehru and Ayub Khan. After this Pakistan was to use waters of Jhelum, Chenab and Indus while India was to use the waters of Sutlej, Beas and Ravi.

The War began following Pakistan’s Operation Gibraltar, which was designed to infiltrate irregular “Jihadi” forces into J & K to precipitate an insurgency against rule by India.

The Indo-Pak War of 1971 was a result of the political conflict between East and West Pakistan. Bangladesh Liberation War started as the people of East Pakistan called for self-determination. The war lasted 13 days as Pakistan surrendered on December 16 following the fall of Dhaka.

Pakistan’s surrender and liberation of Bangladesh

On December 16, the Indian Army surrounded Dhaka and issued an ultimatum to Pakistan Lieutenant-General to surrender, who did so without offering any resistance. The Instrument of Surrender of Pakistan Eastern Command was signed between the GOC-in-C of Indian Eastern Command Lieutenant General Jagjit Singh Aurora and Niazi at the Ramna Race Course in Dhaka.

At the end of the war, around 93,000 Pakistani soldiers were captured by the allied forces. Pakistan had suffered the most number of casualties with approximately 8000 dead and 25,000 wounded. Around 3000 Indian soldiers died and 12,000 others were wounded in the war.

The war resulted in the independence of East Pakistan which was then recognized as Bangladesh. It was the fourth most populous Muslim country in the world at the time.

Sheikh Mujibur Rahman, the Prime minister-designate who was arrested after the 1970 elections, was released by Pakistan. He returned to Dhaka and became the first President of Bangladesh.