Ties with China have grown from strength to strength: FO 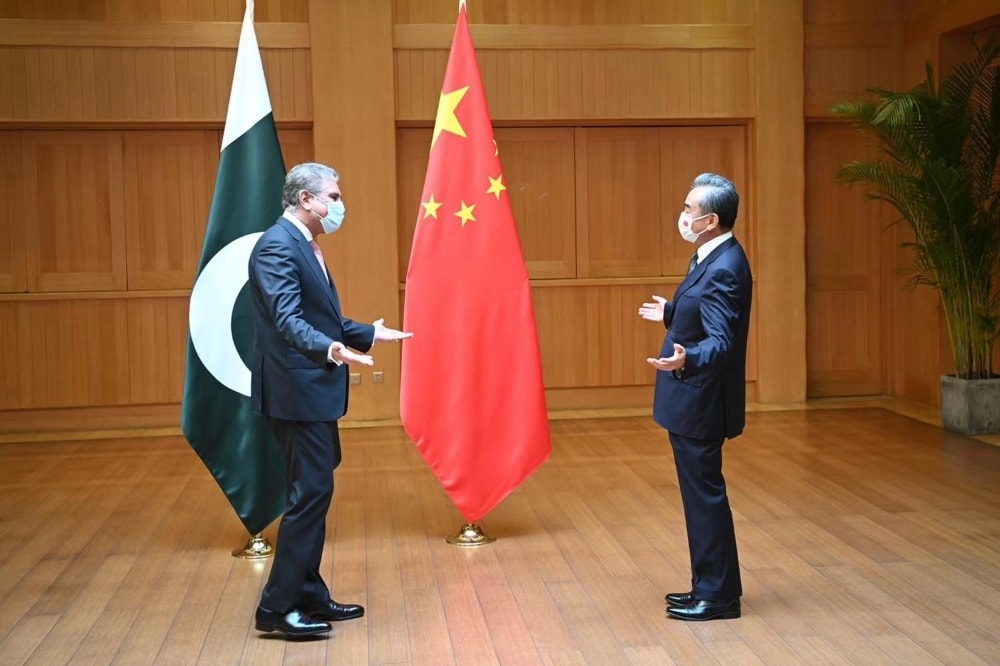 ISLAMABAD: Pakistan on 25 Jul 21 said its time-tested friendship with China had flourished with strength and remained unaffected amid regional and global environment.

Indeed time-tested Pakistan-China friend­ship has flourished from strength to strength, unaffected by vicissitudes of time and changes in regional and global environment, the Foreign Office said in a tweet after the conclusion of the visit of Foreign Minister Shah Mahmood Qureshi to China.

FM Qureshi returned to Islamabad on 25 Jul 21 morning after his two-day official visit to China where he held meetings with Chinese State Counselor and Foreign Minister Wang Yi and reaffirmed resolve to further strengthen bilateral ties.

Both Pakistan and China remain firm in their resolve to further strengthen this all-weather strategic cooperative partnership, the Foreign Office said.

A spokesperson for the Chinese Ministry of Foreign Affairs (MFA) also tweeted regar­­ding the meeting between the two leaders.

“It proved again that China and Pakistan are the most trustworthy good neighbors, good friends and good brothers to each other,” the tweet said.

The Chinese MFA also termed the friendship between China and Pakistan unbreakable.

The friendship between China and Pakis­tan is unbreakable, the tweet mentioned.

In Beijing, the Chinese foreign ministry on 25 Jul 21 quoted Mr Wang as saying that China stood ready to work with Pakistan to promote the building of a closer community of shared future in the new era, bring more benefits to the two peoples, and make greater contributions to regional stability and prosperity.

Noting that this year marks the 70th anniversary of the establishment of diplomatic ties between China and Pakistan, FM Wang said the two countries had wor­ked together to overcome many difficulties and obstacles, and established an all-wea­ther strategic partnership of cooperation.

Mr Wang made the remarks during the third round of the China-Pakistan For­eign Ministers’ Strategic Dialogue, which was attended by Mr Qureshi in Chengdu.

“China is willing to work with Pakistan to take the 70th anniversary of the establishment of diplomatic relations as an opportunity to accelerate the construction of a closer community of shared future in the new era, bring more benefits to the two peoples, and make greater contributions to regional stability and prosperity,” he added.

Mr Wang also spoke high of the two countries’ cooperation in the fight against Covid-19 with both sides repeating their objection to vaccine nationalism.

Commenting on the attack on the Chinese nationals working on the Dasu hydropower project, Mr Wang called for close cooperation between the two countries to bring the attackers to justice and prevent similar incidents from happening in future.

He expressed appreciation for Pak­istan’s effort in treating the victims and strengthening security.

At a joint press briefing after the meeting, Mr Wang said the two countries agreed to continue the high-quality construction of the China-Pakistan Economic Corridor, strengthen coordination in international and regional affairs, jointly oppose hegemonism and unilateralism, and maintain the international system with the United Nations as the core and the international order based on the international law.

Mr Wang told reporters that as neighboring countries of Afghanistan, both China and Pakistan were most directly affected by the situation in Afghanistan.