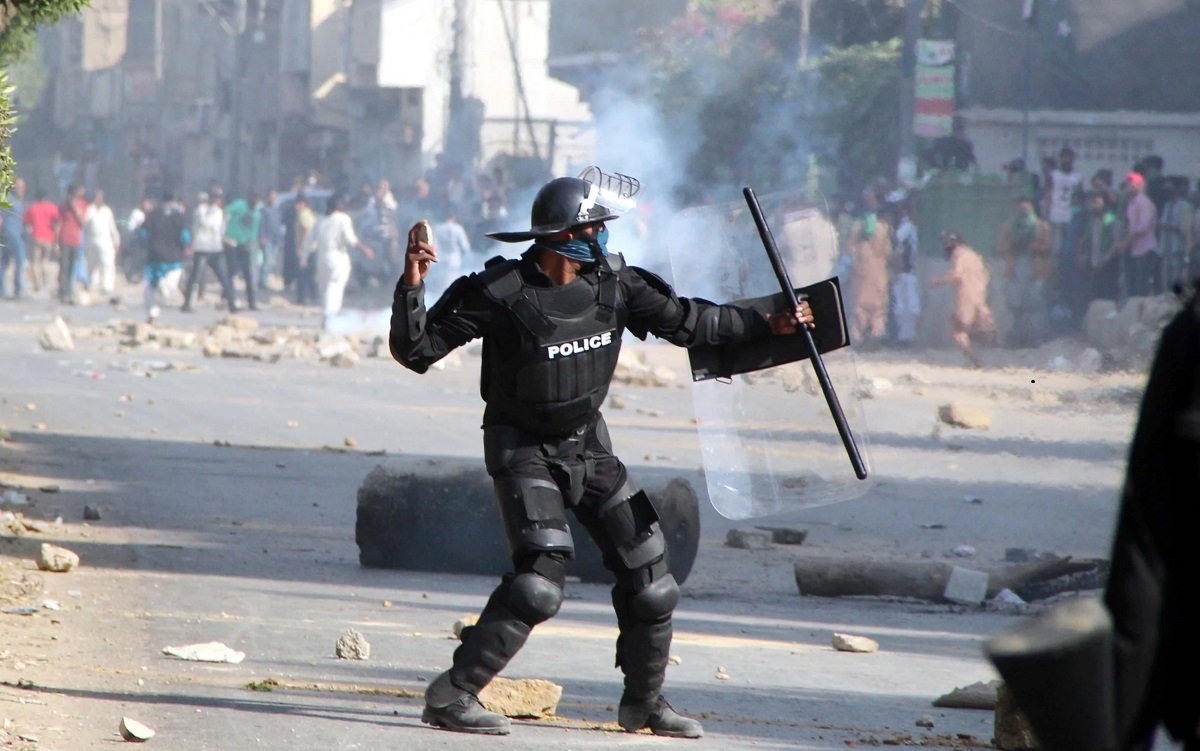 At least thirteen people were killed and several others, including policemen, injured when violence erupted in major cities of the country on Monday afternoon following the arrest of Tehreek-i-Labbaik Pakistan (TLP) chief Allama Saad Hussain Rizvi, a day after he demanded that the federal government expel the ambassador of France over blasphemous caricatures. The TLP was protesting blasphemous caricatures published in France and demanding that the French ambassador be sent home and import of goods from that country banned. The government reached an agreement with the TLP on Nov 16 to involve the parliament to decide the matter in three months. As the Feb 16 deadline neared, the government expressed its inability to implement the agreement and sought more time. The TLP agreed to delay its protest by two-and-a-half months to April 20. On Sunday, Mr. Rizvi, in a video message, asked the TLP workers to be ready to launch the long march if the government failed to meet the deadline. It prompted the government to arrest the TLP chief.

A senior police official said Saad Hussain Rizvi had been detained as a “pre-emptive measure” ahead of the TLP’s April 20 deadline. No first information report (FIR) against the TLP central emir has been registered so far. Outraged, the TLP issued a call for countrywide protests. Within the next few hours, protesters took to the streets and blocked the Grand Trunk Road on a number of points. All main cities like Lahore, Gujranwala, Islamabad, and Peshawar were cut off from each other and the rest of the country. The activists held sit-ins at various points in Hyderabad and Sukkur. They blocked highways, motorways, and train tracks, disrupting life in a better part of the country and causing violence as protesters clashed with police at many places.