The world must realise that Pakistan is a rogue state 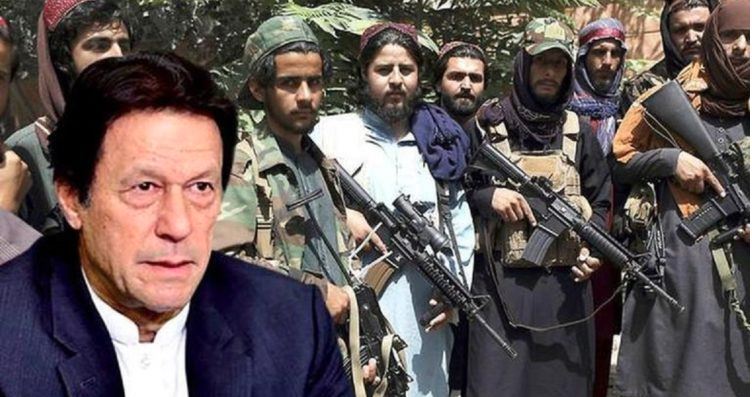 The 9/11 anniversary this year has brought in its wake old memories and new horrors. After two decades and Trillions of Dollars down the drain the world is back to square one, the difference being that, yet again, a super power stands humiliated while the extremists and terrorists are having the last laugh.

Strategic analysts across the world are voicing one opinion after another, think tanks are churning out reams of reports and analysis. Social media has popped up a huge array of self appointed “experts and opinion makers.”

In this melee one very basic aspect that continues to remain in the shadows is – who exactly is responsible for this mess. While the finger universally points toward Pakistan there are not many who are ready to speak out bluntly, not even the US that has lost its all due to the treachery and doublespeak of Pakistan. The US, strangely, continues to harbour a notion that Pakistan can be of some use in the future, which makes it diplomatically difficult to openly denounce the country. That Pakistan is a haven for proliferation of terrorism, religious extremism and hybrid conflict not only in the South Asian region but the world over is a fact that the US prefers to gloss over.

A courageous and honest voice from the US highlighting the actual reality of Pakistan is that of Christine Fair, an American political scientist who is primarily focused on counter-terrorism and South Asia. In her recent article titled, “Pakistan Is an arsonist that wants you to think It’s a fire fighter,” she has stated lucidly and with utmost honesty, “It’s astonishing that U.S. officials continue to peddle Pakistan’s own fictions—alongside such media outlets as the BBC.”

Even today the world stands a mute witness to the gross interference by Pakistan in the internal affairs of Afghanistan by assisting one group in eliminating the other through military means. Everybody knows that the Taliban was not capable of taking on the Northern Alliance in Panjshir; it emerged victorious only with the huge military assistance provided by Pakistan which included trained commandos, Tanks, Artillery, Attack Helicopters Engineer supports, Drones etc.

It is astonishing that the world has chosen to stay quiet about this blatant aggression that has led to the brutal killing of thousands of innocent civilians, including members of the legitimate government of Afghanistan. Somehow the world has failed to register the fact that the holed up Afghan leader, Amarulla Saleh, is still the head of the Government of Afghanistan, since the Taliban has not been recognised by any Government as yet.

It is common knowledge that all through its so-called assistance to the US in the Global War on Terrorism (GWOT) Pakistan never gave up on its Islamic fundamentalist assets created from the times when the Taliban was in control there. In some cases the Pakistan army maintained direct communication through the ISI and in others through the many fundamentalist terrorist organizations operating from Pakistan like the Lashker-e-Toiba (LeT) and Jaish-e-Mohammad (JeM).

Notably, the Pakistan based terror organizations also operate under the overall control of the ISI even as they do have some autonomy at the tactical level. The Haqqani network that has a big role to play in the new Taliban set up in Afghanistan is the most prominent and enduring ally of Pakistan. Also notable is the sworn commitment of the Haqqani network to actively participate in all actions taken against India, particularly in Kashmir.

Pakistan seems to be quite unconcerned about the chaos that it has created in Afghanistan and continues to parrot its time tested diatribe of being a country that has contested the cult of terrorism with its sweat and blood. Its propaganda machinery is rapidly parroting out figures of the al Queda terrorists that its forces have eliminated in the past decades and the success gained in controlling domestic as well and global terrorism. The country, of course, never tires of reminding the world that it is, by itself, the biggest victim of terrorism. This is propaganda based on misinformation and disinformation at its best.

The manner in which the West and especially the US turns a blind eye to the monstrous machinations of Pakistan defies logic. One wonders as to why there is no realization about the threat that the country poses to world peace and security. How can Pakistan keep breeding and training these serpents while playing the victim card?

A lot has to do with the US fixation about Pakistan being indispensable because of its geographic location in South Asia. What the mandarins of the country are not realising is that this narrative has been created by Pakistan itself through some very intelligent and aggressive lobbying in the corridors of power in both Europe and the West. It is a deep rooted structure created by throwing in astronomical amounts of money in shady deeds. Christine Fair, in her article quoted above, has very lucidly put across this point. “Pakistan and the United States will likely establish yet another pay-to-play scheme. Pakistan will continue to provide the minimal results to justify the expenditures to the US,” she says.

For India the aforementioned creates a Catch-22 situation; it would not be possible for the country to stay tuned to the US policy on Afghanistan and Pakistan beyond a point since the two countries pose a huge security threat to her. Taliban is vowed to support Ghazwa-e-Hind ideology which makes support to the Pakistani efforts to grab Kashmir incumbent.

The best option for India would be to strongly explain to the US and the West that they need to get over their fixation with Pakistan. It is nothing more than a bankrupt country on the verge of disintegration; it lacks national character and is often described as a rogue state.