The War On Terror 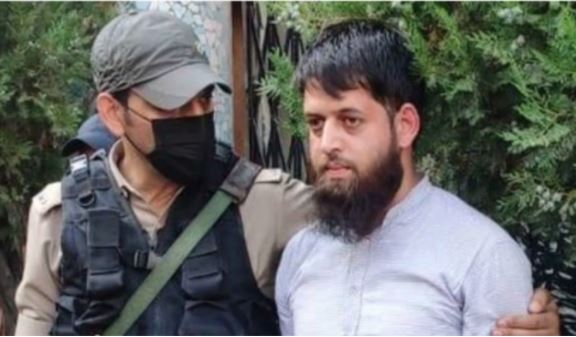 National Security And Freedom Of The Press Are Separate Areas. They Cannot Be Equated

In Kashmir, the Army and security agencies are dealing with a section of youth deeply indoctrinated and being led to jihad. The Indian state is dealing with a malevolent neighbor that has globally – and repeatedly – been called the most dangerous country in the world. The knocks of terror are leading to deep anxiety in Jammu. Kashmiris want peace and progress on their land, and freedom from terror which is like a cancer in their midst. Proof: Daily life is business as usual in Kashmir except when terrorists try to usher in chaos by mindless killings. The jihadi organizations are Kashmir’s mafia, engaged in everything from supari killings to narcotics supplies to extortions to intimidation and murders.

Nationalist Kashmiris who are vocal in their love and support for India despite the terror machinery fear for their lives daily. Online death warrants given out by Pakistan-fed jihadis mark out nationalists for death. Recall Shujaat Bukhari, Recall Babar Qadri. The so-called Kashmir experts – living in peaceful, affluent countries – are shouting Why? Why should Kashmir suffer checks, curfews, restrictions, raids?

The Spine-Chilling Kashmir Fight Blogs, And The State’s Fight Against It
These gyaanis doling out gyaan on Kashmir are in continuous denial of terror in Kashmir. A strange make-believe seems to be at play. The template is this: Let us make believe that Kashmir isn’t a jihadi playground. These gyaanis are blind to the ground realities of terror. And equally blind to the online expression of terror. Evidently, they have not read the spine-chilling Kashmir Fight blogs. Even a casual read of the blogs reveals that it is written by an insider. The persons driving these blogs may be living in Kashmir or abroad, but the content is coming from within. The casual insider talk of Kashmir reveals it.

These blogs impact not only those who are marked out for the kill. These blogs have a ripple effect on society. Such blogs silence other Kashmiris who want to speak up against terror. Such blogs silence independent thought and action. It is the mandate of J&K Police and the security agencies to protect the citizens. A report published on news portal The Wire on September 22 equated state investigation into those suspected to be associated with the Kashmir Fight blog as an attack on freedom of the press. National security and internal security. Freedom of the press. These are separate areas. They cannot be merged or equated. Freedom is not just shouting at the Indian state. Kashmiris have exercised this freedom for decades. Freedom is also telling terrorists to pack their bags and leave for their masters’ homes in Pakistan. Freedom is also telling those terrorists who exploit Kashmiri women and girls in the name of jihad – don’t do this.

Reports on terrorist activities across Kashmir have consistently revealed that the Kashmiri militants are largely opposed to the sexual exploitation of local women and girls in the name of jihad. But most militants from Pakistan and some vicious militants from within Kashmir have no such qualms. For them, sexual exploitation of the women and girls of the house where they take shelter is par for the course.

The purpose of this write-up is not to insinuate or claim that the journalists against whom the police action was initiated are guilty or that KZINE has any incriminating evidence against them. The purpose of the write-up is to state that Kashmir is a conflict region. India is fighting a war on terror. J&K Police, the Army and the para-military forces and security are dealing with a malevolent enemy across the border. Pakistan routinely uses everything at its disposal to bleed India. In this context, actions taken by the state and its arms against enemy action cannot be viewed in simplistic terms of so-called attacks on freedom of the press. J&K Lt Governor Shri Manoj Sinha famously said at the launch of the third book by Mr Bashir Assad, Editor-in-Chief KZINE, titled Kashmir: The War Of Narratives, “If Pakistan attempts to shut down Kashmir using the force of the gun, then what is wrong if we use the stick to counter it?”

Perception management is key to success in a conflict region, where external forces are constantly seeking greater space to deepen their agenda. Pakistan uses so-called journalists, activists and academicians to malign India. It routinely keeps journalists on its payrolls worldwide to peddle its anti-India narrative. If Pakistan consistently attacks through a disinformation flood, India must protect national interest by keeping a watch on those who drive the narrative globally and internationally. This may also include keeping a watch on journalists, activists, academicians and the like. This is not an attack on freedom of the press. It is national security. Period.

THE SKEWED TEMPLATE: ARREST OF TERROR MOLES LIKE ADIL FAROOQ IS CALLED ATTACK ON FREEDOM OF THE PRESS

In early August 2021, Adil Farooq, a sub-editor with CNS, a Kashmir news agency, was arrested in Lal Chowk with two grenades. Adil was suspected to be one of the accused in the August 10 grenade attack in which about 15 people were injured. The incident brought into sharp focus the dark realities of Kashmir. An overground worker of a dreaded terrorist organization was operating in the garb of a journalist in an area under heavy surveillance and manned by CRPF troopers 24X7.

Adil Farooq, a student of Journalism at the Central University of Kashmir is arrested. He is booked under Public Safety Act (PSA) on charges of working as an overground worker of terrorists. Adil has been helping terrorists with the smuggling of weapons to surpass security checks. He is also a courier for Jaish-e-Mohammed (JeM), and is in touch with terrorists. He is kept under arrest at Kot Balwal jail in Jammu.

The dossier exposes Adil’s links with terror organization Lashkar-e-Taiba and several terrorists associated with the group. It states that Adil met various terrorists and developed a militant ideology. He established a link with Hurriyat leader Bilal Gani Lone, under whose instructions he remained proactive in instigating the same ideology amongst the people and youth of the area. Adil had liaison with a terrorist named Mohd Ayoub Lone, alias pilot of banned terrorist organization Lashkar-e-Taiba (LeT), and his other terrorist associates. He was aware of the topography of the area. He helped terrorists with safe transportation of arms and ammunition through unconventional routes and away from security forces

Terror apologists describe Adil’s arrest as onslaught on freedom of media and freedom of expression. So-called “liberal-secular” media rushes to absolve Adil Farooq of charges that he has been supporting terror networks. The so-called repression by the state is widely decried by anti-India camps. Pressure is sought to be built to honourably release the over-ground worker of a terror organization. A storm in unleashed on social media with cries against India’s supposed high-handedness

Adil Farooq is a prime example of terror module inside the security picket. Those who had decried Adil’s arrest in 2019 actually encouraged him to continue to preach and practice a radicalized ideology. Men like Adil are being conveniently used as terror instruments by anti-India camps and Pakistan’s strategic assets in Kashmir and globally.

The Proven Terror Links Of Some So-Called Journalists, And The Attempts To Discredit State’s Investigation

Pakistan has fattened so-called academicians, journalists, activists who make a constant din for “the cause”. These sham academicians, journalists, activists never decry the terror machinery, the jihadi killings, the butchering of men like sheep, the silence of the lambs. They are obsessed with some delusionary Kashmir where there is no Islamist jihad. More so, many of these so-called journalists have proven terror links. They are part of Pakistan’s terror eco-system, and the state has dossiers on their terror links. Confronted with this, the so-called liberal and secular media discredits state investigation (SEE SECTION: THE SKEWED TEMPLATE: ARREST OF TERROR MOLES LIKE ADIL FAROOQ IS ATTACK ON FREEDOM OF THE PRESS)

The global studies rolling out on Kashmir are consistently white-washing terror. There is no acknowledgment of what Mr. Bashir Assad succinctly wrote in his book K File. Masla-e-Kashmir is no longer political. It is about Nizam-e-Mustafa. It is a pan-Islamic movement now. Are the so-called global experts on Kashmir acknowledging this? No. Through their intellectual deceit, these sham experts are building upon a Kashmir which is some kind of utopia, where India is spoiling the party with checks, curfews, restrictions, summons, raids.