The U.S. failed in Afghanistan by trying to moralize with bullets and bombs 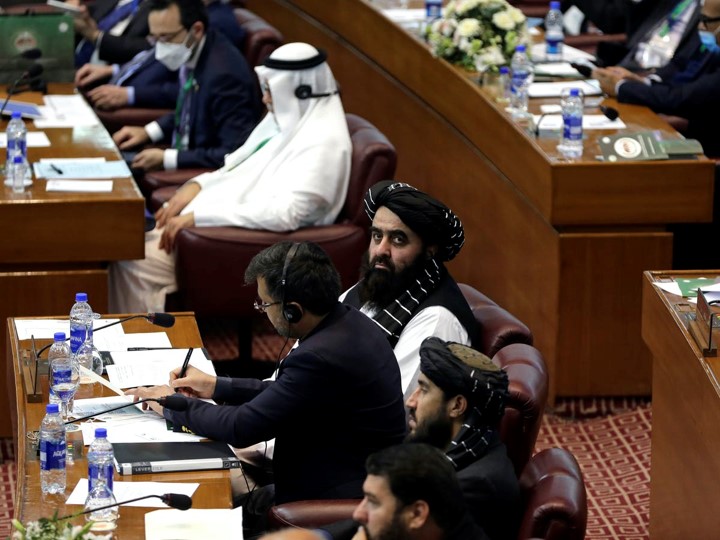 Last August, the world watched the chaotic and painful American departure from Afghanistan. It led to a profound reckoning: how could two decades of war end in such humiliating defeat at the hands of Taliban militants?

In Afghanistan, the list of imperial powers that have tried and failed to exercise control includes the British in the 19th century, the Soviets in the 20th century — and now the Americans in the 21st century.

Afghanistan’s history of occupation suggests a deviation from the standard colonial playbook of using military control to extract wealth elsewhere in the Global South. All this has given rise to the erroneous trope that Afghanistan is a “graveyard of empires.”

My research into entrepreneurship amid post-colonial upheaval finds that colonial interference alters the natural progress of development for these occupied countries. Traumatic political, military and social events create deficits that are not easily fixed. Yet I’ve also found that powerful identities around empowerment and self-determination can survive the extremes of colonialism and occupation.

The 20-year Afghanistan war was not just a military exercise — it was also a moralizing attempt by the Global North to construct institutions in their own image.

The cost? Almost 160 Canadians died, 2,448 American service members were killed and, astonishingly, 363,000 Afghan civilians perished. Billions of dollars were spent, and another superpower was left humiliated.

Post-colonialism is still very much in play in Afghanistan. The Mujahideen drove out the Soviets in 1989, and the cult-like Taliban surprised everyone, and possibly themselves, with how quickly they took control in the wake of the clumsy U.S. withdrawal.

The resurgence of the Taliban was consistent with post-colonial theory on identity construction, understood to happen in three steps.

First, there was the Eurocentric expectation of mimicry: when confronted by the world’s most powerful military, Afghans were expected to adopt the norms of their occupiers. America and its allies saw themselves as having a superior form of civilization worthy of emulation, doing a favour for Afghans by liberating them from the Taliban.

Second, a hybrid identity was created. Afghanistan became neither Afghan nor American. A puppet government was installed to force an identity onto Afghanistan by their foreign occupier that would be palatable to the Global North.

Third, there was a space of transition. In this space, people reflect on ongoing uncertainties and their history, and reimagine the future; it is here that the colonized resist and push back against occupying forces.

A monster of their own creation

For 20 years, the U.S. was trying to destroy its own flawed, hybrid creation: the Mujahideen. These guerrilla fighters had been trained and armed by Americans to fight in a “death for country,” suicide-bombing style.

This was not the Afghan way. Rather than blowing themselves up, Afghans had preferred to put down their weapons for tea time, hang out with their adversaries and then go back to fighting them the next day.

By installing a corrupt puppet government, the Americans pursued nation-building based on their own western model. This thwarted the natural evolution of Afghan institutions and hung on the country like an ill-fitting suit, with deadly consequences.

The speed with which U.S.-backed president Ashraf Ghani fled, and the occupation government collapsed, heralded a significant transition in Afghanistan. The Taliban stepped into that space of transition with surprising ease.

A majority of Afghans, like any occupied people, want to create their own solutions. For this, they often need help. But that help should not be guns pointed at them by a foreign military.

This does not mean Afghans are happy with the Taliban. But the current narrative that the Global North is trying to “save” Afghans is an attempt at damage control over a misadventure that cost so many lives.

Afghanistan has been taken back to the same place it was 20 years ago. That requires reconstructing the narrative, because it’s hard to say you’re promoting human rights when hundreds of thousands have been killed.

The post-colonial situation suggests that, with Afghanistan’s occupiers gone, Taliban rule is a flawed but authentic first step in a long process of transition. This process is more authentic than the one imposed by occupiers, because it allows Afghan society to evolve on its own terms.

Colonialism changes the trajectory of a nation. The political, economic and social structures that normally evolve are interrupted. To prosper, Afghanistan needs partnerships and business investment, not bullets and bombs.