The Triangle of Evils: India, US and Israel 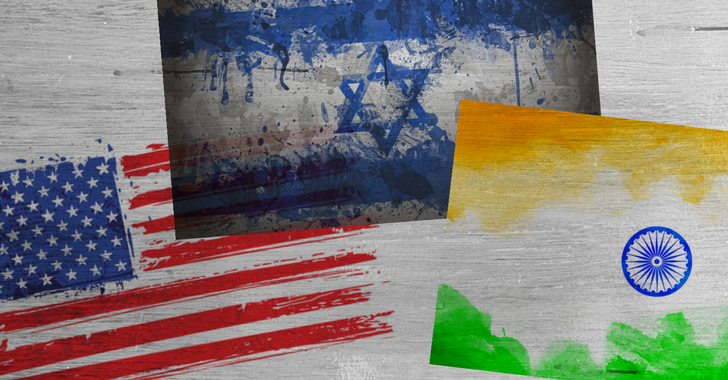 It is our national tragedy that from the founding of Pakistan till today we have been keeping the United States happy and satisfied on each and every step. Doing so we have been hurting our national self-esteem and national interests. This visionless way of thinking has hurt only the national body. The whole nation is disgusted and worried that our leadership has been compromising national security on a regular basis. The US has always used us for its own interests and has been punishing us as well. Our past experiences show that there is no harmony and synchronization in the thought process and policies of the United States and Pakistan.

India, Israel and the United States have formed a triangle of Evils. There is a synchronization of thought and action among them. They have managed to buy the honour and respect of some of our misguided tribal people for billions of dollars to further their agenda. When the US needed Pakistan to withdraw from Afghanistan, Pakistan used all its resources to bring the parties to the negotiating table. But why has Pakistan not been able to get rid of India’s destructive bases in Afghanistan in the bargain and what is the American response to Pakistan’s demand on this front? Today many friendly-enemies are working on a specific agenda against the security, survival, and stability of Pakistan.

I have repeatedly expressed my concern that India is pursuing a plan to do harm Pakistan in order to fulfil its dream of Akhand Bharat and is engaged in open sabotage operations against the CPEC with US blessing. India has spent $ 23.5 million to destabilize Balochistan. It has invested $30 million for building a terrorist camp in Kandahar. Indian ammunitions and suicide jackets were used in the stock exchange attack. India has a clear plan to sabotage CPEC. There is a special cell in R&AW for this purpose whose mandate is to disrupt CPEC projects. So far, India has given Rs 80 billion to this cell.

We know that Pakistan is passing through a serious crisis. The USA did not backtrack from its psychological warfare against Pakistan in the name of securing Pakistan’s nuclear assets. While it is a known fact that there are dozens of resistance movements in Israel and India, the US has no worries about their nuclear weapons. No European country has any reservations about Israel and India having nuclear weapons despite this. It is imperative that our political leaders understand the international conspiracies and devise a strategy to improve the situation at home. Together we can thwart these conspiracies.