The Taliban Use Violence Against Women as a Bargaining Chip 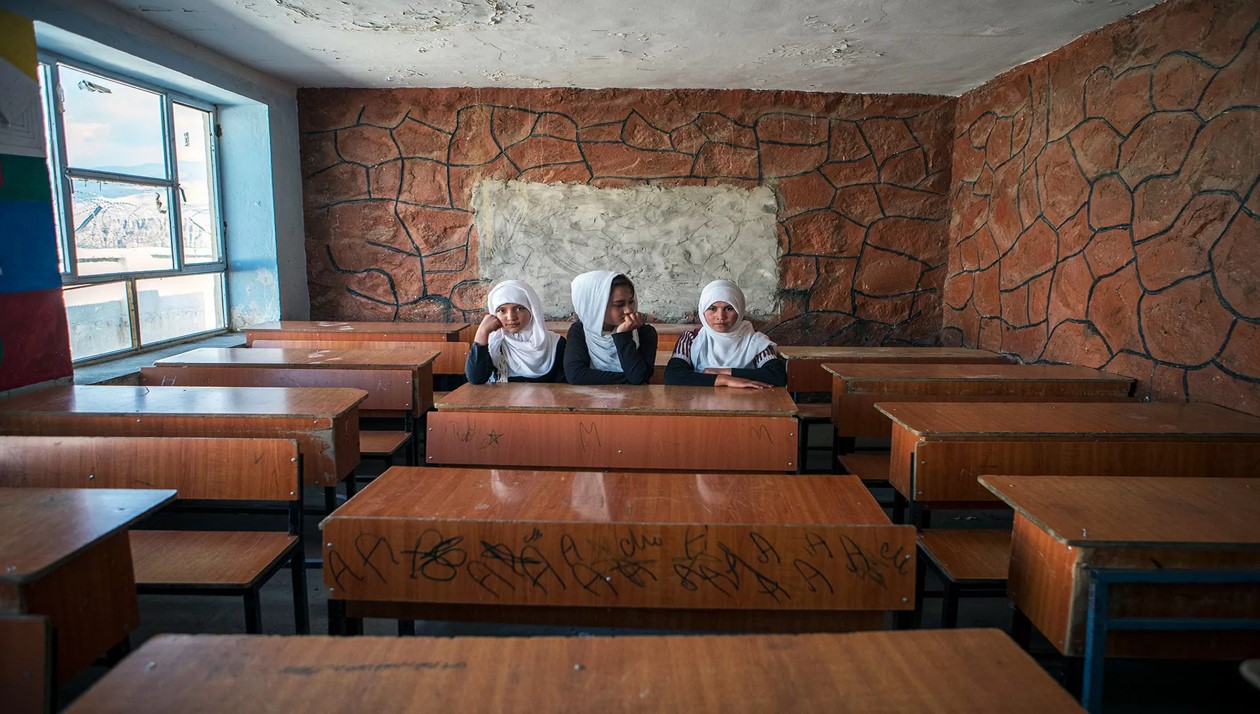 After the collapse of the Afghan government last August, the only significant challenge to the Taliban’s primitive totalitarianism was mounted by women in big cities — the capital Kabul, Mazar-e Sharif in the north, and Herat in the west, among others. The Taliban’s approach to women’s rights brought fears of violence that engulfed the country in the 1990s when the Taliban first won power. But Afghan society has undergone considerable changes since then, and many Afghan women refuse to accept the militants’ restricted approach to their right to work and education.

In response, the Taliban have deployed various oppressive measures. In September, they replaced the Women’s Affairs Ministry with morality police, which enforces the armed group’s strict religious doctrine on the country. At the same time, while trying to confine women to their homes by forbidding them to work or study, the Taliban are using the threat of violence against women as a bargaining chip against the Western powers.

In September last year, the Taliban attacked the media to prevent them from covering the women’s protests in Kabul. Two Etilaatroz journalists were tortured. Etilaatroz is one of the leading Afghan newspapers and a critical voice mainly focused on investigative journalism. An attack on the newspaper was a clear signal for everyone covering the protests against the Taliban.

But the Taliban quickly changed their tactics to tackle women’s protests through more intimidating methods, including nighttime house searches to locate those who dared raise their voice. Tamana Zaryabi Paryani, a member of the movement demanding rights to work and education, is just one of the women taken from their homes in Kabul in the middle of the night; her whereabouts remain unknown. Some families report being contacted by detainees from Taliban prisons in undisclosed locations.

The Taliban deny capturing, detaining or killing women and other opponents. This tactic aims to mislead public opinion, the media and policymakers in Western countries. The situation may be even more critical in the provinces, beyond the eyes of the media. In September last year, the Taliban killed a former police officer with the ousted Afghan government in front of her family in Gor province; she was pregnant at the time of her murder.

There is no way to assess the true number of disappeared women across the country. Some of them are known by the media, such Mursal Ayar, Parwana Ibrahimkhel, Tamana Paryani, Zahra Mohammadi and Alia Azizi. Most of them belong to the protest movement against the Taliban’s policies. Azizi worked as a senior female prison official in Herat and went missing when the Taliban took control of the city. Amnesty International urged the Taliban to investigate the case and release her “immediately and unconditionally” if she is in their custody.

Last week, the UN repeated its call and asked the Taliban to release the disappeared women activists and their relatives. The German Embassy, currently operating from Qatar, has called for an investigation into the missing women. It is entirely possible that the Taliban will eventually release some of the captives, claiming that they were rescued from the clutches of the kidnappers, in order to portray themselves as a responsible government.

Gang rape is another tactic that the Taliban deploy against women in detention. The Independent reports that last September, bodies of eight detainees arrested during a protest in Mazar-e Sharif were discovered. According to reports, the girls were repeatedly gang-raped and tortured by the Taliban. Sexual assault is a many-sided weapon against women in a society based on strict honor codes. Some of those who survived the rapes were killed by their families.

In January, The Times reported that the staff in the government-run Mazar-e Sharif Regional Hospital claim that they receive around 15 bodies from Taliban fighters each month — mostly women with gunshot wounds to the head or chest.

Violence has been the Taliban’s primary tool both in war and during negotiations with Western powers. Over the course of two decades of conflict, the Taliban used violence as a means to win recognition as a political force. During their talks with the US and the Afghan government, the Taliban escalated violence to enhance their position at the negotiating table. Now, they are pursuing the same strategy by trading repression for recognition.

But the armed group wants the international community to recognize their government. In January, a Taliban delegation was invited to Oslo to talk with Western powers and representatives of Afghan women for the first time. At the meeting, Hoda Khamosh, a civil society activist, asked the Taliban delegation: “why are the Taliban imprisoning us in Kabul and now sitting here at the negotiating table with us in Oslo? What is the international community doing in the face of all this torture and repression?”

Since then, nothing has changed. The reality is that the Taliban used the talks in Oslo as an opportunity to make an international appearance to advertise their government. They are deploying precepts like women’s rights to force more international engagement. While Norway was criticized for inviting the Taliban and offering them exposure, Switzerland’s Ministry of Foreign Affairs confirmed that it invited the Taliban to talk about “the protection of humanitarian actors and respect for human rights.”

The Taliban is an ideological, zealot religious movement, and years of experience suggest that they are unlikely to revise their position on women’s rights and other fundamental issues, including human rights and political pluralism. Talking about women’s rights in Western capitals is just an opportunity for them to normalize their regime and travel abroad. Human rights violations, particularly violence against women, not only serve the Taliban’s ideological purposes but have turned into a convenient bargaining chip against the international community.

It is critical that Western powers support fundamental human rights in the country without providing the Taliban with opportunities for blackmail, implementig realistic measures to press the group to release activists and to respect women’s rights. First, it is important to maintain or escalate the current sanctions regime against the Taliban leadership. Second, making sure that there is no rush to recognize the Taliban regime mong foreign governments is another key leverage point.

Finally, the international community can continue its humanitarian support through UN agencies and other organizations without recognizing the Taliban. Recognition of the group will not only increase human rights abuses but will send the wrong signal to other extremists in the region. All these measures will reduce the Taliban’s ability to use violence as a bargaining chip against the international community.