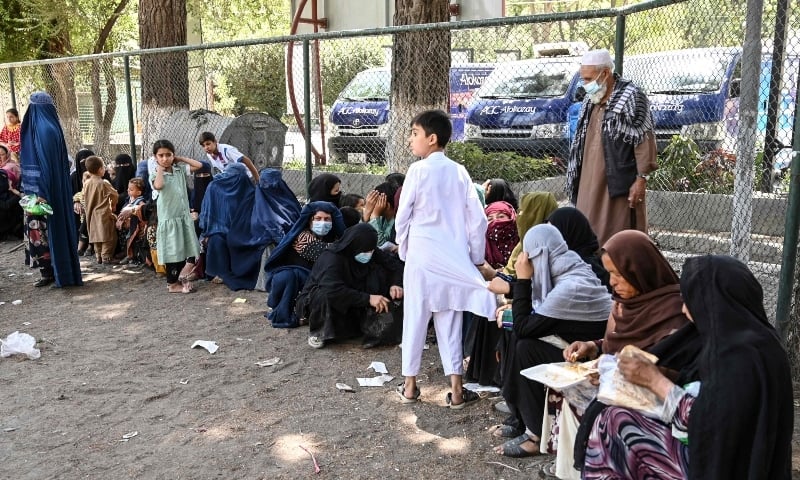 The Taliban seized another Afghan provincial capital on 10 Aug 21 — the seventh in less than a week — as tens of thousands of people fled their homes in the north for the relative safety of Kabul and other centers.

A provincial lawmaker said the insurgents had taken Farah city, capital of the same-named province in western Afghanistan, while a Taliban spokesman posted pictures of fighters walking casually past the gates of the police headquarters and governor’s office.

Shahla Abubar, a member of Farah’s provincial council, said local security forces retreated towards an army base outside the city.

Five of the other provincial capitals to have fallen since Friday are in the country’s north with the insurgents setting their sights on Mazar-i-Sharif, the region’s biggest city.

Its fall would signal the total collapse of government control in the traditionally anti-Taliban north.

Government forces are also battling the hardline militants in Kandahar and Helmand, the southern Pashto-speaking provinces from where the Taliban draw their strength.

The United States — due to complete a troop withdrawal at the end of the month and end its longest war — has all but left the battlefield.

The Taliban have appeared largely indifferent to peace overtures, and seem intent on a military victory to crown a return to power after their ouster 20 years ago in the wake of the September 11 attacks.

As fighting raged, thousands of people were on the move inside the country, with families fleeing newly captured Taliban cities with tales of brutal treatment at the hands of the militants.

“The Taliban are beating and looting,” said Rahima, now camped out with hundreds of families at a park in the capital, Kabul, after fleeing Sheberghan province.

“If there is a young girl or a widow in a family, they forcibly take them.

“We fled to protect our honor. We are so exhausted,” added Farid, an evacuee from Kunduz who did not want to be further identified.

The UN’s International Organization for Migration said on Tuesday that more than 359,000 people have been displaced by fighting this year alone.