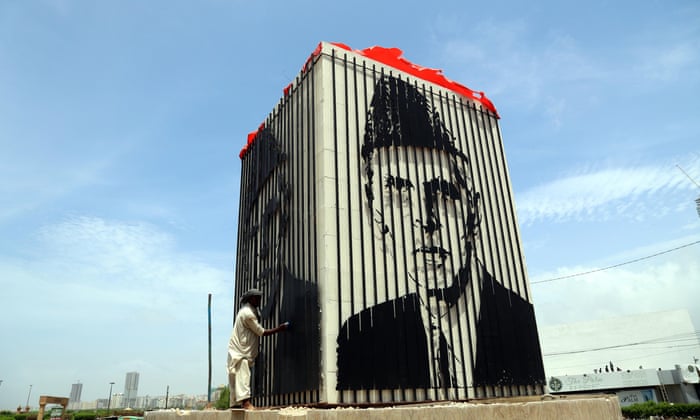 Journalist Declan Walsh is the Cairo bureau chief of the New York Times. He covered Pakistan for nine years as an international correspondent for The Guardian first and then The Times before he was abruptly expelled from the country. His book The Nine Lives of Pakistan presents a stirring portrait of a country of contradictions through encounters with a diverse bunch of interesting individuals. The book has been described by reviewers as a searing account of a country whose downfall is often predicted but totters along fundamentally unchanged.

The following is an excerpt packed with intriguing details about the Inter-Services Intelligence (ISI), Pakistan’s military’s powerful spy agency.

Pink bougainvillea spills over the walls of an unmarked compound on the southern edge of Islamabad, beside a busy highway that climbs into the lower Himalayas. An electric gate slides back to reveal a neat campus, with manicured lawns and adobe buildings, that might pass for a well-funded private university. In the lobby, a solitary guard nods silently as you pass; the lift carries you to a floor where men in dark suits move along hushed corridors. You are ushered into a small reception room with deep armchairs where a uniformed waiter serves grape juice in cut-glass tumblers. Only when you lift your glass do you find a napkin with a logo that confirms you have arrived at the headquarters of Inter-Services Intelligence.

The ISI was founded, in 1948, by an Australian – General William Cawthorn, a British army officer, who stayed on after partition to help Pakistan establish its military. (He would later head the Australian Secret Intelligence Service.)

The spy agency’s fortunes were transformed, in the 1980s, by the Afghan jihad. Alongside the CIA, it ran the vast covert war machine that supplied money, men, and missiles to the guerrillas fighting the Soviet occupation. Over the course of a decade, the ISI smuggled one million Kalashnikovs to the mujahideen – not to mention crates of American-supplied Stinger missiles that knocked the Red Army’s helicopter gunships from the sky. By the time the last Soviets stumbled from Afghanistan in 1989, bloodied and humiliated, the ISI had become a powerful, well-resourced organisation and a center of power in its own right. Its generals were important allies of the CIA and Saudi intelligence, and some had become rich. When the longtime spy chief, General Akhtar Abdur Rahman, died in the same mysterious plane crash as General Zia in 1988, he left behind a considerable fortune. (Today, his son is among Pakistan’s most successful businessmen.)

My own relationship with the ISI was mostly respectful. My phone beeped and echoed occasionally; sure signs the line was being monitored. On reporting trips to sensitive corners of Pakistan towns where militants roamed freely, or with secretive nuclear facilities stiff-looking men lingered in the lobby of hotels where I stayed, watching me come and go. At home in Islamabad, strangers would come to the gate, asking the cook or the guard – but never me for details about whom I was meeting and where I was going. Sometimes it was my guests who were being shadowed. On the evening I celebrated my thirty-sixth birthday, I counted three sets of intelligence operatives loitering outside the gate: one for an Indian reporter (members of the Indian media were tailed as a matter of course), another for a Pashtun guest (I later learned the Pakistanis suspected him of spying for the CIA), and the third set for a Pakistani journalist who worked with me.

The ISI even had a semi-official spokesman, an affable and well-read naval officer with a ponytail, a wry sense of humour, and an easy smile. Let’s call him ‘Commodore Z’. Over endless coffees in the lobby of the Serena Hotel, Z had the thankless job of putting a positive spin on the agency’s work, offering wounded denials that the ISI was up to its old dirty tricks. He also had a passion for golf – call him with a query about a drone strike, and you might hear a thudding five-iron in the background – and a taste for darkly portentous messages. After Benazir Bhutto’s assassination in 2007, when suspicions of an ISI hand in her killing led to violent upheaval in parts of the country, Commodore Z sent me a text message. ‘Read Julius Caesar again,’ it read. ‘His will was used by Antony to incite statements and his wounds were shown to citizens to trigger rebellion. Rome paid dearly.’

Of course, I was a foreign correspondent; different rules applied to Pakistanis. One reporter who worked with me was abducted by masked men and taken to a safe house, where he was interrogated, punched, and had cigarettes stubbed out on his chest. When his assailants dumped him on a roadside the following morning, they warned that if he went public about his experience, they would rape his wife and post a video of the assault on YouTube. The reporter and his family now live in Switzerland.

The ISI does little to dispute its reputation as an omnipotent force. Fear is a powerful weapon. But talk of a ‘rogue agency’ is misplaced, and its abilities are frequently overestimated. While it is effective on street level, and seen by Western spy agencies as superior to its Indian rival, the Research and Analysis Wing (RAW), the ISI is not a professional service in the mold of the CIA or Britain’s MI6. The army officers who run the agency rotate out, every few years, to other branches of the military. The organisation is afflicted by the same bungling and corruption as the rest of the Pakistani state. It has frequently lost control of its most dangerous assets – ‘Puppetmasters who can’t control their puppets,’ as Robert Grenier, a former CIA station chief in Islamabad, put it. And when it comes to analysis, the ISI has a poor record. ‘They saw everything through pre-determined ideological prisms, rather like the KBG during the Cold War,’ a senior British official who worked with the ISI for decades told me. ‘Frankly,’ he added. ‘None of their analysis was worth the paper it was written on.’

In recent decades, the ISI leadership has made a series of major miscalculations that have had grave consequences – not only for Pakistan but for the spy agency itself.