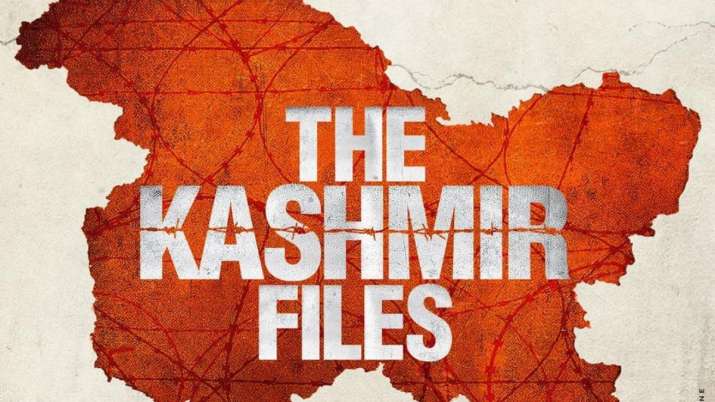 The movie -“The Kashmir Files” leaves an indelible mark on the conscience. Watching it amidst the sounds of sobbing and sniffling, one could feel the trauma Kashmiri Pandits underwent. The emotional Pandits who watched the movie touched the feet of the director of the movie and blessed its lead actors. Such genuine and spontaneous outpour of gratitude is unprecedented. The main reason for this profoundly poignant response of people is that the film truly exhibited the tragedy ‘imposed’ on Pandits and the startling betrayal of so called blood brothers. Another reason is that someone gathered the courage to show the truth. Obviously, when truth is shown, it will rile people who want this dark truth of Kashmir to get buried in the debris of history. The movie effectively shows how the thinking of young people can get coloured due to the prism of ‘prejudiced agenda’ and ‘trickery’ of the so called liberals.

These pseudo liberals always support an ‘unpopular’ cause because it gives them their dose of attention. By being unconventional, they try to stay relevant and show themselves to be flag bearers of truth. They present themselves as martyrs who fight for justice. For this, they obfuscate facts. They hide the truth in the glare of lofty ideals and fake philanthropy. These venomous liberals try to conceal the historical reality that the Pandits were unjustly, treacherously, brutally, scheming and ruthlessly hounded away from their centuries old homeland.

Nowadays, the misfortune of refugees from Ukraine is being covered in details in media. Their neighboring countries are welcoming them and NGOs are helping them. They have undergone tremendous hardships and deserve all sympathy. God willing they will return home. The Pandits however, did not become refugees due to a war but due to betrayal of fellow Kashmiris helped by a scheming neighbour. Their tragedy was not covered by media, they were not welcomed anywhere and they could not return. They were pushed out of their cozy homes and made to stay in filthy tented camps in pathetic conditions with heat, snakes and scorpions as company. The education of their children suffered badly; their physical and mental health deteriorated; their dreams were shattered and the perpetrators got away with their crime. Their houses and property in Kashmir were looted, destroyed or usurped. Now of course everyone claims that they loved Pandits and wanted them to stay. Some try to sell the idea that the Pandits went away on their own.

Would you leave your beautiful house and opt to live in filthy tents in heat of jammu unless it was a matter of life and death? Pandits were forced to leave as thousands were shouting in the streets— Ralive, Tsaliv ya Galive (convert to Islam, leave the place or parish) and “Kashir banawon Pakistan, Bataw varaie, Batneiw saan” (we will turn Kashmir into Pakistan along with Kashmiri Pandit women, but without their men folk)!! Overnight the blood brothers became foes and slogans of “Ai Kafiro, Kashmir hamara chor do” were heard.

Where did these people come from? If everyone was a friend, then who created the environment of fear and panic for Pandits? Who played the prerecorded cassettes on loudspeakers of hundreds of mosques in January 1990 warning Pandits of dire consequences if they did not leave? Hundreds of Pandits were murdered in separate incidents and there were chilling cases of brutal mass killings like Wandhama (Ganderbal) and Nadimarg (Pulwama). There were rapes and molestations. The aim behind these was singular…. scare away the Pandits; and now some people say that pundits left on their own? The fact is that a large part of the population was complicit in the deplorable planned ethnic cleansing. Even the Muslims who came to help Pandits or spoke for them were killed.
The neo liberals should go to Kashmir and see the dilapidated houses of Pandits with windows and doors ripped apart. These houses stand like horrible skeletons of blissful homes of happy families. These houses have scary patios where once womenfolk sat and chatted merrily; dingy rooms that once beamed of life and love; dark kitchens which once smelled of exotic culinary delight; hideous trees in the courtyard, branches of which once hosted chuckling kids on swings. You can see ghost Mohallas of Kashmir with homes of lacs of Kashmiri Pandits, the bona fide citizens of Kashmir who were chased out and forgotten by their so called ‘hum-sayas’.

People also say that the Pandits “took away” all the happiness of the Valley with them. Since they left, panches, sarpanches, teachers, policemen, political workers and peace lovers are getting killed every day. Grenade blasts are ripping apart bodies and souls of young and old Muslims. And some people thought that by hounding away Pandits, Kashmir will become heaven