THE GREAT POLL GAMBLE IN – GB 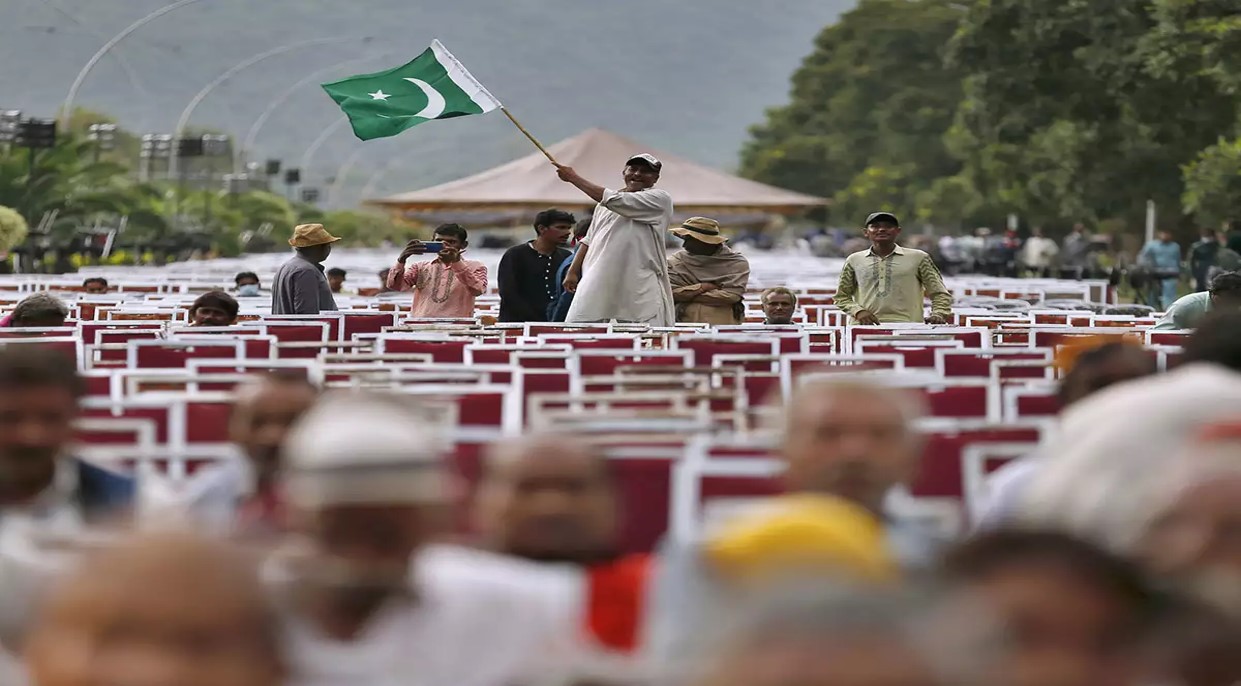 Gilgit-Baltistan (GB) region of Pakistan-occupied Jammu and Kashmir (PoJK) will go to polls. While there aren’t going to be any fireworks in India on Diwali, a keen watch is being kept on whether the ‘elections’ in GB will cause fireworks in not just the occupied territory, but also inside Pakistan and rest of the region, or whether these polls will be something of an anti-climax. Normally, GB is just too far removed, even irrelevant, from the rough and tumble of Pakistani politics to grab the attention of political analysts, or even the public. Political parties have contested the elections in the past but haven’t ever invested so much in them as they have this time, even fielding their top campaigners and crowd-pullers to win the polls. The reason is simple: the GB elections are being seen as a possible harbinger for the future direction of politics in Pakistan. What is more, it is anticipated that these elections could also lead to changes in the constitutional status of the Pakistan-occupied territory, which in turn will have a major impact on regional dynamics, especially the issue of Jammu and Kashmir.

It is anticipated that these elections could also lead to changes in the constitutional status of the Pakistan-occupied territory, which in turn will have a major impact on regional dynamics, especially the issue of Jammu and Kashmir

Normally, election results in both parts of PoJK – Gilgit-Baltistan and the Mirpur-Muzzafarabad belt – are known even before the first vote is cast – the party in power in Islamabad wins. But this time, the massive crowds that both PMLN leader Maryam Nawaz Sharif and PPP chairman Bilawal Bhutto are drawing has led to speculation, conspiracy theories and even wishful thinking among the commentariat that there could be some surprises that could spring out of the ballot boxes. Of course, Prime Minister Imran Khan is extremely confident of winning the elections. While he is prone to living in alternate reality, there are indications that he might well be proven right, not because he will win the elections but because it will be ensured that he wins the elections. This impression has got buttressed after revelations of an intelligence report that has listed out the reasons why Imran Khan ‘should’ win the elections. The reasons include ease of functioning if the same party has a government in both Islamabad and GB, strengthening brand Imran Khan, and how what is more important than Imran Khan winning is Nawaz Sharif losing. Two pre-poll surveys have also predicted a victory for the ‘establishment’ party. Most interestingly, while these surveys show Imran Khan as more popular than his challengers, they also reveal that there is a lot of scepticism over the fairness of the polls. Therefore, there will be no surprise if PTI wins the elections in GB.

The PTI will of course spin its ‘victory’ as a shot in the arm for its increasingly beleaguered government. But it won’t really change the dynamics in Pakistan where government’s problems are mounting on account of feckless governance, galloping inflation, rising economic distress, and a major pushback by the opposition parties. In other words, a win in GB isn’t really going to do much for Imran Khan, but a loss will be disastrous because that will lead to a major perceptual change over the longevity of the Imran regime. A loss for Imran will fuel rumours and conspiracy theories about how the ‘selectors’ are delivering a message and getting ready to end their failed experiment of getting Imran Khan to head a hybrid government in Islamabad.

Imran’s loss will be a gain for either Bilawal or Maryam. Both are attracting massive turnouts at their rallies and both have campaigned hard to win the elections. Despite their fears and serious concerns over rigging and fraud, they haven’t left the field open for Imran Khan. Between the two opposition leaders, the smart money is on Bilawal. The PPP has had a strong presence in GB and had initiated some political reforms in the past. But more importantly, it isn’t so much about the PPP in GB as it is about the PPP role in Pakistan that could tilt the balance in its favour, not by the electorate but by the ‘establishment’. While the PPP is part of the opposition conglomerate Pakistan Democratic Movement (PDM) challenging the ‘selected’ government of Imran Khan, it hasn’t targeted the ‘selectors’ in the same way as Nawaz Sharif or his daughter and party have done.

Imran’s loss will be a gain for either Bilawal or Maryam. Both are attracting massive turnouts at their rallies and both have campaigned hard to win the elections. Despite their fears and serious concerns over rigging and fraud, they haven’t left the field open for Imran Khan

There is some speculation that a victory of PPP could be a signal to Imran Khan that the ‘establishment’ has an alternative to him. For the last two years, Imran Khan has played on the no-alternative factor to push the military to stay on the same page as him. A win for Bilawal will jolt Imran out of his complacency and sanguinity. At the same time, it is hoped that a PPP win will drive a wedge in the opposition ranks by incentivising the party and giving it hope that it has a chance to get back into the good books of the military and use that to come back to power in Islamabad sometime down the line. For its part, the PPP sees GB polls as a stepping stone for reviving its political fortunes in rest of the country. But there will also be other attendant benefits of a Bilawal win. It will be a sign that the establishment is adopting a hands-off approach in politics, something that will come handy in debunking the charges being levelled against the military of fixing the elections. That the military didn’t interfere in elections in as strategically sensitive a territory as GB is all the ‘evidence’ anyone needs to absolve the army of playing games around the elections in support of their favourites. Most of all, if PPP wins, no opposition party can challenge the election results. On the other hand, a PTI win will almost certainly lead to accusations of voter fraud and rigging.

The biggest surprise would be if PMLN wins the elections. Frankly the chances of that happening are negligible, if not non-existent. This isn’t so much because the PMLN doesn’t have a presence or support – it formed the outgoing government in the Pakistan-occupied territory and the massive turnout in Maryam Nawaz Sharif’s rallies stands testimony to the fact that its narrative is striking a resonance among the people. But if the sordid record of Pakistan’s past elections and its politics is anything to go by, there is no way that PMLN can be allowed to win because that would be nothing short of a catastrophe, for not just Imran Khan but also the military. A PMLN win will be seen as an endorsement for Nawaz Sharif’s anti-establishment narrative which anyway seems to be gaining ground even in the heartland of Pakistan – Punjab. At a time when the Pakistan ‘deep state’ is trying its utmost to cut the PMLN to size by sowing divisions in its ranks and weaning away some of its leaders and cadres, a win in GB will put paid to all these efforts.

At a time when the Pakistan ‘deep state’ is trying its utmost to cut the PMLN to size by sowing divisions in its ranks and weaning away some of its leaders and cadres, a win in GB will put paid to all these efforts

The most tantalising possibility, albeit a slim one, is that a split verdict is thrown up which forces a sort of coalition in GB. Will the PPP agree to form a coalition with PTI? And if that happens, will PPP continue to be part of PDM? Something like this is already happening in Balochistan where parties like the Pashtun-nationalist ANP is part of the coalition in the province but is also part of PDM in rest of Pakistan. But at this stage to form a coalition in GB will involve political gymnastics of a very high order, and not many will buy into it. The chances of a PPP-PMLN coalition are extremely low. There are probably greater chances that in order to show that it was a free and fair election, the ‘selectors’ will weigh in for a PTI emerging as single largest party but short of a majority which is then cobbled together with the help of independents and smaller parties – the hybrid model currently on display in Islamabad.

All of these scenarios are probably academic because in the end the Pakistan Army will get the government it wants in GB. Whatever that government is will inform everyone which way the wind is blowing in Pakistan, for now that is. A PTI win will mean status quo in Islamabad for the foreseeable future which in Pakistan can be anything from a few weeks to a few months. A PPP win will mean PTI in doldrums and unless it can up its game, chances of winds of change in the near future. A PMLN win will mean revolution change is knocking on the doors.