The Taliban swept into Afghanistan’s capital on 15 Aug 21 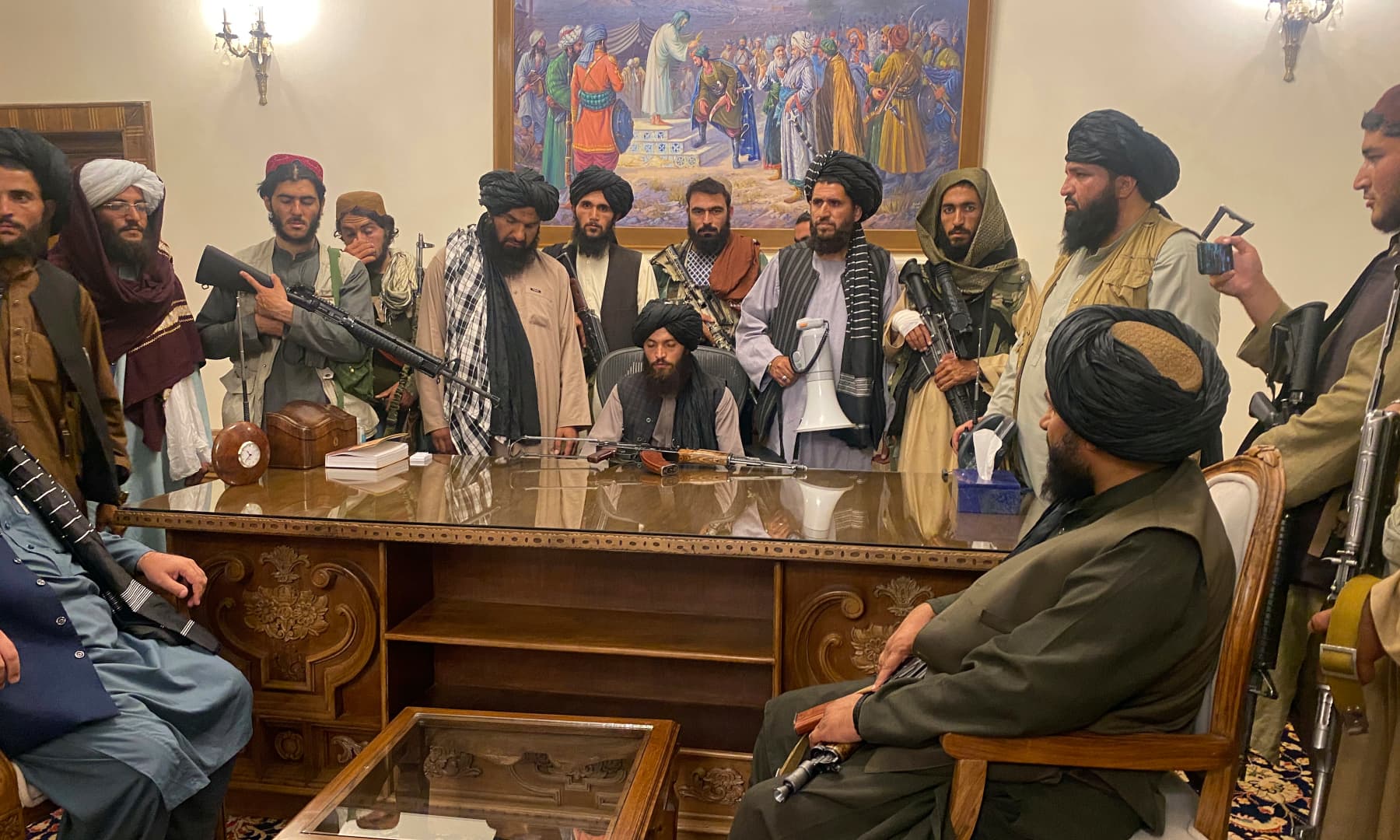 The Taliban swept into Afghanistan’s capital on 15 Aug 21 after the government collapsed and the embattled president joined an exodus of his fellow citizens and foreigners, signaling the end of a costly two-decade US campaign to remake the country.

Heavily armed Taliban fighters fanned out across the capital, and several entered Kabul’s abandoned presidential palace. Suhail Shaheen, a Taliban spokesman and negotiator, told The Associated Press that the militants would hold talks in the coming days aimed at forming an “open, inclusive Islamic government”.

Earlier, a Taliban official said the group would announce from the palace the restoration of the Islamic Emirate of Afghanistan, the formal name of the country under Taliban rule before the militants were ousted by US-led forces in the wake of the 9/11 attacks, which were orchestrated by Al Qaeda while it was being sheltered by the Taliban. But that plan appeared to be on hold.

Kabul was gripped by panic. Helicopters raced overhead throughout the day to evacuate personnel from the US Embassy. Smoke rose near the compound as staff destroyed important documents, and the American flag was lowered. Several other Western missions also prepared to pull their people out.

Fearful that the Taliban could reimpose the kind of brutal rule that all but eliminated women’s rights, Afghans rushed to leave the country, lining up at cash machines to withdraw their life savings. The desperately poor — who had left homes in the countryside for the presumed safety of the capital — remained in parks and open spaces throughout the city.

As night fell, Taliban fighters deployed across Kabul, taking over abandoned police posts and pledging to maintain law and order during the transition. Residents reported looting in parts of the city, including in the upscale diplomatic district, and messages circulating on social media advised people to stay inside and lock their gates.

The fall of Kabul marks the final chapter of America’s longest war, which began after the September 11, 2001, terror attacks. A US-led invasion dislodged the Taliban and beat them back, but America lost focus on the conflict in the chaos of the Iraq war.