The decline of Christians in Pakistan 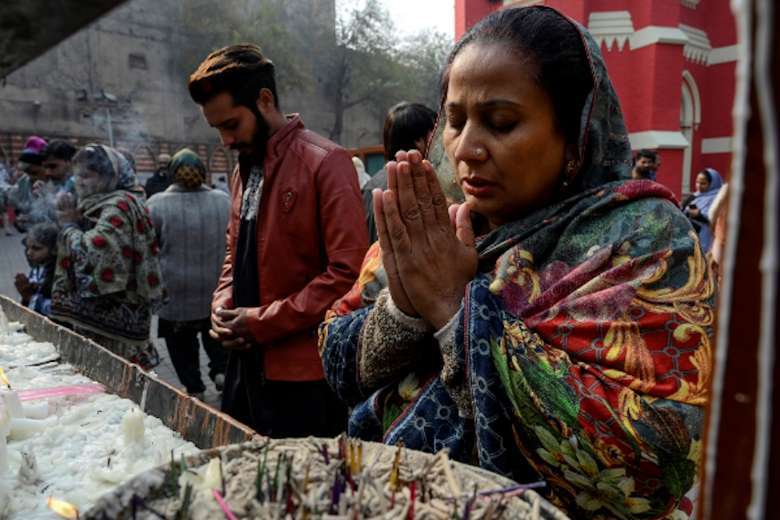 The title of this article may not please some in the Catholic Church hierarchy but that’s what Pakistan’s Bureau of Statistics claimed when it revealed the report of the sixth Population and Housing Census-2017 on May 18.

While the analysts worry about the country’s exploding population, church leaders should worry about the fleeing faithful. Without going into the rhetoric of discrimination and misuse of blasphemy laws, let us read another story from the May 18 edition of Daily Samaa, an Urdu periodical published in Lahore.

“Gora Qabristans [white cemeteries] in Lahore display jungle scenes. The system of scholarships for children is nominal. Despite three years of the present government, Christian settlements and graveyards await decoration.”

As per media reports, more than 80 percent of Christian family units of six to eight people live in two rooms. Most of them are headed by couples working as sanitary workers. Christian colonies erected along open drains are a common sight. Only 35 percent of Christians in Pakistan are literate, according to an Islamabad-based NGO.

Thankfully, the Samaa story didn’t include updates on Christian hospitals in Punjab. The Taxila Christian Hospital, once known across the country for affordable and good quality eye care, has been reportedly downsizing its staff and delaying their salaries since March 2020 amid scandals of administrative mismanagement.

Friends of UCH (United Christian Hospital), a team of Christian volunteers, has been trying to restore the dilapidated facility for more than a year. The first open-heart surgery in Pakistan was performed in 1968 in the same facility that became the talk of the town in 2006 when its former chairman was reported to have sold 253 square meters of land for a car park for about US$330,300.

Several church-run hostels for students from poor Christian families have been closed in recent years. A Catholic organization has not increased the salaries of its staff for the past four years. Underpaid, overworked and unappreciated, the mid-grade church employees continue to serve the mission halfheartedly, unable to find better jobs in the commercial sector.

Meanwhile, religious extremists continue to wreak havoc in the name of saving the dignity of their prophet, attack Christians on allegations of blasphemy and raid their colonies.

Fifteen Muslims nominated in a mob attack on a Christian colony in Chak 5 village in Punjab province have already secured pre-arrest bail. According to the local parish priest, police are seeking a truce between locals and even threatened the Christians injured by a radical Islamist group.

Amid the chaos, Christians with professional degrees seek new lives abroad. Those left behind work silently adjusting their lives in the present constraints on freedom of speech or thought. Christian rights activists earn a bad reputation for protesting against discriminatory laws and maligning the image of the country.

Some pastors are further complicating the situation amid the ongoing Israel-Palestine conflict by professing their religious affiliation with Israel on social media. Reverend Irfan James of Lahore recently shared a Facebook post with an X mark on a church banner condemning Israeli attacks on Gaza.

Archbishop Sebastian Shaw described it as another challenge. “Clerics of our interfaith groups complained of such pastors. Carefully choosing my words, I explained that some Psalms refer to Israel but historical facts have changed. Christians shouldn’t be related with Jews,” he told me.

The census may be disputed but the prevailing insecurity among Pakistani Christians isn’t. As opposed to a recent claim by a Christian lawmaker, I do not feel more protected, safe and peaceful in Pakistan than in any other country of the world. Such parliamentarians live in a parallel and privileged world.

Blasphemy accusations can put us on death row for openly criticizing extremist narratives, liking a post on social media, drinking water from a Muslim’s glass or discussing certain topics in educational institutes. The list goes on.

Religious minorities are merely surviving in the Islamic republic. Both church and political leaders should make every effort to make sure they are thriving. Church and state are considered to be mothers for their members. Christian asylum seekers feel abandoned by both.