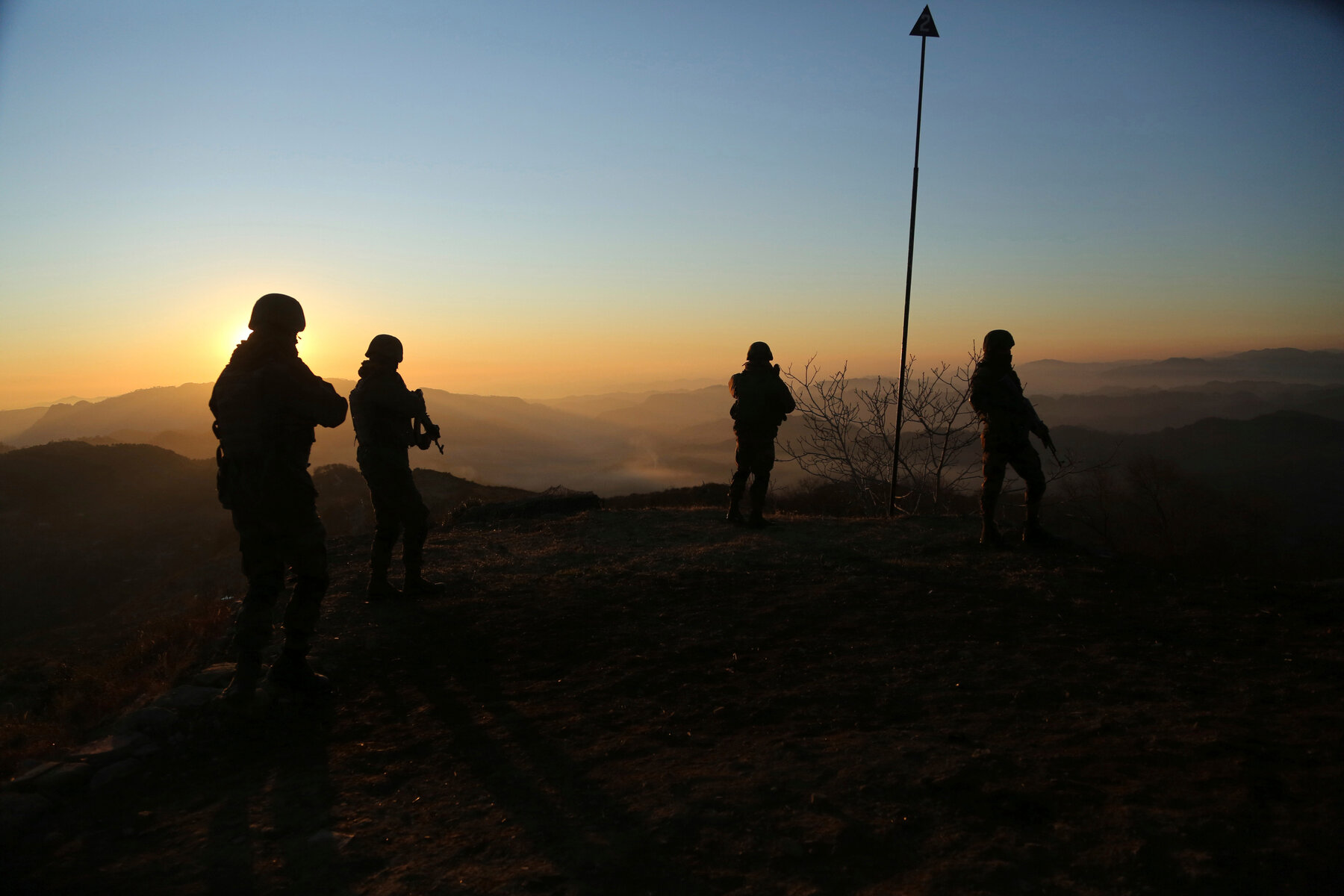 The news on 25 February that DGMOs of India and Pakistan connected through a hotline and announced a ceasefire along the LoC caught the attention of the media in India and Pakistan, apart from getting wide international coverage. It is surprising, though, that the mafia government of Narendra Modi keeps threatening Pakistan by saying that India would soon occupy “Azad” Kashmir and Gilgit-Baltistan. In 2020 alone, Indian forces violated the ceasefire more than 3,000 times.

Serious sections of the international community are being careful while expressing their hopes that the ceasefire would work. They say that India does not abide by the UN resolutions (why would it keep its promise of ceasefire?). It even asked UNMOGIP to leave India. For the last few years, the Indian government has not allowed UNMOGIP members to visit LoC. In “Azad” Jammu and Kashmir, UNMOGIP can visit any place at any time.

After the clashes with China at the border in Ladakh, India has come under pressure. Its claim of readiness to fight a two-front war was proven hollow. To fool the Indian people, New Delhi started shelling at the LoC and even destroyed a whole village in the Neelum valley.

Despite all its efforts, New Delhi could not stop news and reports of its human rights violations in “occupied” Kashmir from coming out. A report released by DisinfoLab has also exposed India’s involvement in anti-Pakistan propaganda across the world. To avoid any pressure, with the help of its foreign friends, India has tried to prove itself pro-peace and taken the step of calling for a ceasefire along the LoC. It says that otherwise, it had stated that it was ready for everything and was going to occupy “Azad” Kashmir and Gilgit Baltistan!

The reality is that India needs time to settle extremist Hindus, criminals, former army personnel and others in “occupied” Kashmir to change its demography. In this way, it can crush the freedom movement of the people of Kashmir. The whole world, and Pakistanis in particular, know that India is both an overt and covert enemy. New Delhi can go to any extent to keep control over “occupied” Jammu and Kashmir. Despite the fact that Pakistan knows that India would not change, the DGMO of Pakistan thought that there was nothing wrong with giving peace a chance.

But as soon as its goals are achieved for which it has bought the time by announcing ceasefire, India would carry out some false-flag attack, like the ones on the parliament, in the Samjhauta Express or on its own army [like in Pulwama], and would put the blame on Pakistan. India has announced the ceasefire to achieve its goals. For that it needs time. The government and the people of Pakistan should never fool themselves by expecting anything good from India.