Terrorists will hit us if bases given to US: Imran 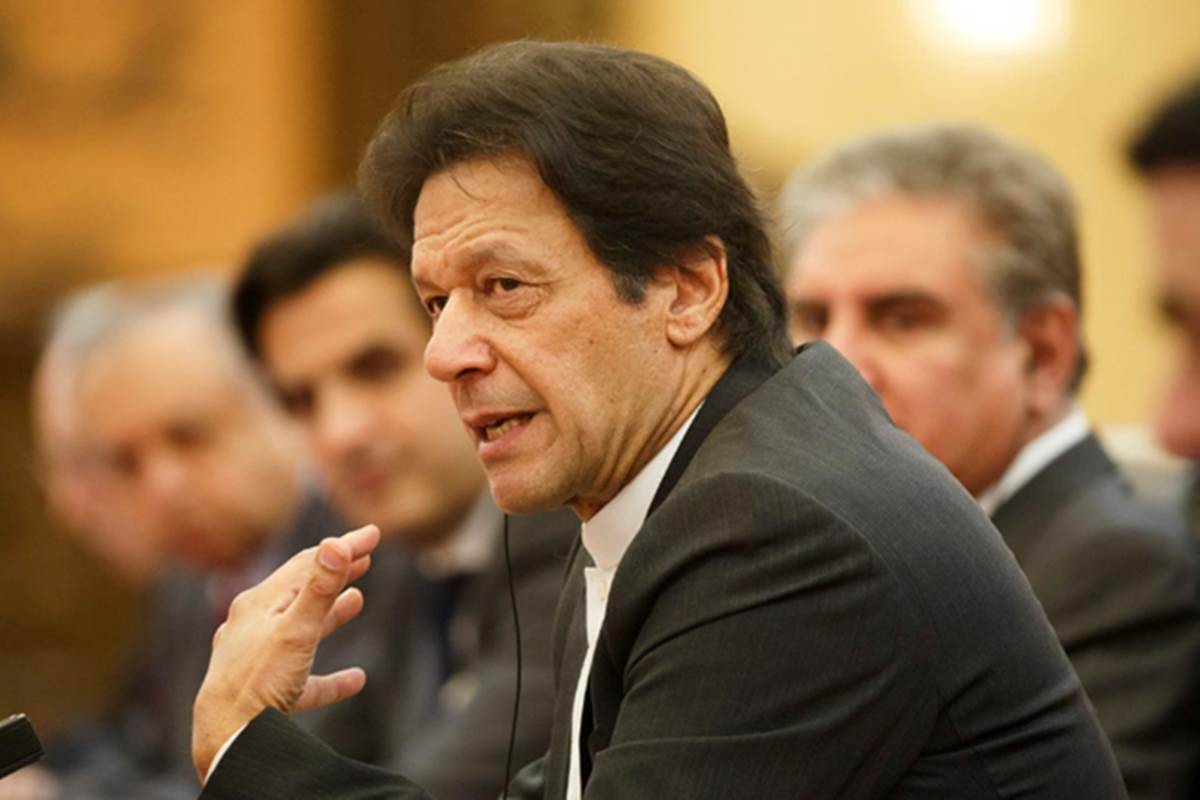 ISLAMABAD: Prime Minister Imran Khan says Pakistan is ready to be a partner for peace in Afghanistan with the United States — but as US troops withdraw, his country will avoid risking further conflict.

He said this in an article published by the Washington Post on Tuesday. Imran wrote: “Our countries have the same interest in that long-suffering country: a political settlement, stability, economic development and the denial of any haven for terrorists. We oppose any military takeover of Afghanistan, which will lead only to decades of civil war, as the Taliban cannot win over the whole of the country, and yet must be included in any government for it to succeed.

In the past, Pakistan made a mistake by choosing between warring Afghan parties, but we have learned from that experience. We have no favorites and will work with any government that enjoys the confidence of the Afghan people. History proves that Afghanistan can never be controlled from the outside.

Our country has suffered so much from the wars in Afghanistan. More than 70,000 Pakistanis have been killed. While the United States provided $20 billion in aid, losses to the Pakistani economy have exceeded $150 billion. Tourism and investment dried up. After joining the US effort, Pakistan was targeted as a collaborator, leading to terrorism against our country from the Tehreek-e-Taliban Pakistan and other groups. US drone attacks, which I warned against, didn’t win the war, but they did created hatred for Americans, swelling the ranks of terrorist groups against both our countries.

While I argued for years that there was no military solution in Afghanistan, the United States pressured Pakistan for the very first time to send our troops into the semiautonomous tribal areas bordering Afghanistan, in the false expectation that it would end the insurgency. It didn’t, but it did internally displace half the population of the tribal areas, 1 million people in North Waziristan alone, with billions of dollars of damage done and whole villages destroyed.

The “collateral” damage to civilians in that incursion led to suicide attacks against the Pakistan Army, killing many more soldiers than the United States lost in Afghanistan and Iraq combined, while breeding even more terrorism against us. In Khyber Pakhtunkhwa province alone, 500 Pakistani policemen were murdered.

There are more than 3 million Afghan refugees in our country — if there is further civil war, instead of a political settlement, there will be many more refugees, destabilizing and further impoverishing the frontier areas on our border.

Most of the Taliban are from the Pashtun ethnic group — and more than half the Pashtuns live on our side of the border. We are even now fencing this historically open border almost completely.

If Pakistan were to agree to host US bases, from which to bomb Afghanistan, and an Afghan civil war ensued, Pakistan would be targeted for revenge by terrorists again. We simply cannot afford this. We have already paid too heavy a price.

Meanwhile, if the United States, with the most powerful military machine in history, couldn’t win the war from inside Afghanistan after 20 years, how would America do it from bases in our country?

The interests of Pakistan and the United States in Afghanistan are the same. We want a negotiated peace, not civil war. We need stability and an end to terrorism aimed at both our countries. We support an agreement that preserves the development gains made in Afghanistan in the past two decades. And we want economic development, and increased trade and connectivity in Central Asia, to lift our economy. We will all go down the drain if there is further civil war.

This is why we have done a lot of real diplomatic heavy lifting to bring the Taliban to the negotiating table, first with the Americans, and then with the Afghan government. We know that if the Taliban tries to declare a military victory, it will lead to endless bloodshed. We hope the Afghan government will also show more flexibility in the talks, and stop blaming Pakistan, as we are doing everything we can short of military action.

This is also why we were part of the recent “Extended Troika” joint statements, along with Russia, China and the United States, unambiguously declaring that any effort to impose a government by force in Kabul would be opposed by us all, and also would deprive Afghanistan of access to the foreign assistance it will need.

These joint statements mark the first time four of Afghanistan’s neighbors and partners have spoken with one voice on what a political settlement should look like. This could also lead to a new regional compact for peace and development in the region, which could include a requirement to share intelligence and work with the Afghan government to counter emergent terrorist threats. Afghanistan’s neighbors would pledge not to allow their territory to be used against Afghanistan or any other country, and Afghanistan would pledge the same. The compact could also lead to a commitment to help Afghans rebuild their country.

I believe that promoting economic connectivity and regional trade is the key to lasting peace and security in Afghanistan. Further military action is futile. If we share this responsibility, Afghanistan, once synonymous with the “Great Game” and regional rivalries, could instead emerge as a model of regional cooperation.”