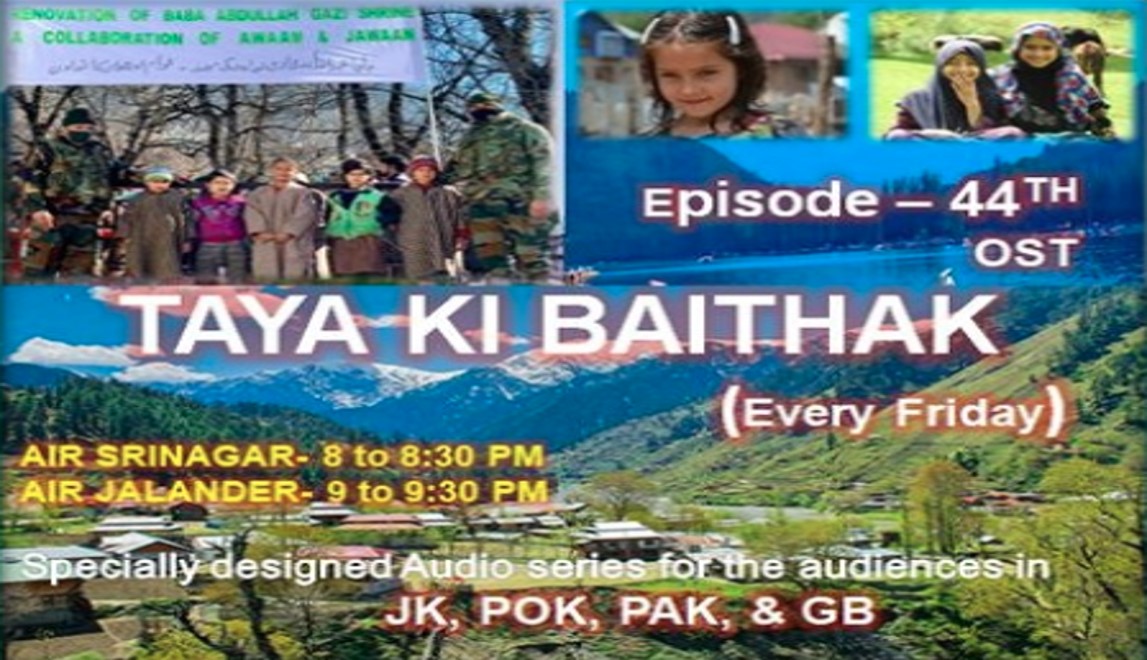 The program comprising 3-4 segments mostly talks about the turbulent state of governance and internal security issues of Pakistan. The Episode No 44 highlights the incapable regime lead by PM Imran Khan who has betrayed the people by signing the phase -II of the CPEC agreement with China completely drowning the future of people and further sinking the nation towards in complete debt. Also, the plight of the people of Baluchistan and the demand of freedom from Pakistan is highlighted. Enforced disappearances at the hands of the Pakistan Army in Baluchistan has become a routine and the affected families are then deprived of the right of seeking the whereabouts of their kith and kin who are illegally arrested and neutralized by Pakistan Army.

Spokesperson of Baluch Republican Party Sher Muhammod Bughti gives a detailed account of the atrocities inflicted by Pakistan Army on the innocent Baluch people. He also talks about the Genocide and the exploitation of natural resources in Baluchistan by Pakistan regime. The segment includes, an analysis by Pakistan journalist Salim Safi exposing the exploitation of Baluchistan by Pakistan and its agencies. They are trying to weed out the people who are educated like doctors, professors etc and these are the people who can take the movement of “Freedom for Baluchistan” ahead. Under a planned conspiracy to break this movement, such inhuman steps reflect the true standing of Pakistan as a failed democratic stage. The false propaganda of the ruling party keeps purporting that the region of Baluchistan is developed and there is no dearth of any resources. However, on the contrary the region not developed at all, basic amenities like water is a scarcity and people are literally linking stone age.

The cosmetic approaches of the Pakistan Govt to paint Imran Khan’s China visit with the color of success and achievement have also been nullified in the episode. The noted analysts, Habib Akram and Noor-ul-Afreen Siddique talk about the lacking union of Pakistan Govt in dealing with China, which is leading to total economic and political disempowerment of the nerves of Pakistan. Habib Akram elucidates that the understanding of the foreign affairs and diplomacy by the Pakistan’s regime in power is absolutely zero, which leads to the further deploration of economic state of Pakistan. Noor-ul-Afreen Siddique further explains how Pakistan’s PM has failed to safeguard the interest of people of Pakistan in every way.

Pakistan has got elaborate designs to turn PoK into a full fledged breeding ground of terrorism and using the people of PoK as an instrument in confronting with India is also highlighted. Although, PoK already got many active trg camps, launch pad but, they plan to further boost it to strengthen their broad plan to wage proxy war against India. Noted activities, Shaukat Ali Kashmin, Nasir Aziz khan and Jamed Maqsood elaborate upon the nefarious designs of Pakistan in PoK. They also talk about the denial of basic right to the people of PoK, Gilgit and Baluchistan. They say that even after 70 years there is lack of basic amenities, education and employment. The people of Pakistan are at the mercy of Secret Intelligence Agencies and Armed Forces, which have no check whatsoever.

The Govt of UP in J&K has worked tirelessly to transform the state of J&K into a developed state. The development the UT of J&K has been commendable. Transparency in the functioning of the administration and the efforts to bring about economic stability in the state of J&K has been explained by the Chief Secy Dr A.K. Mehta during the episode. The AWAAM of J&K is looking forward towards new light on the horizon and they all have tasted the fruits tremendous transformation in the state.