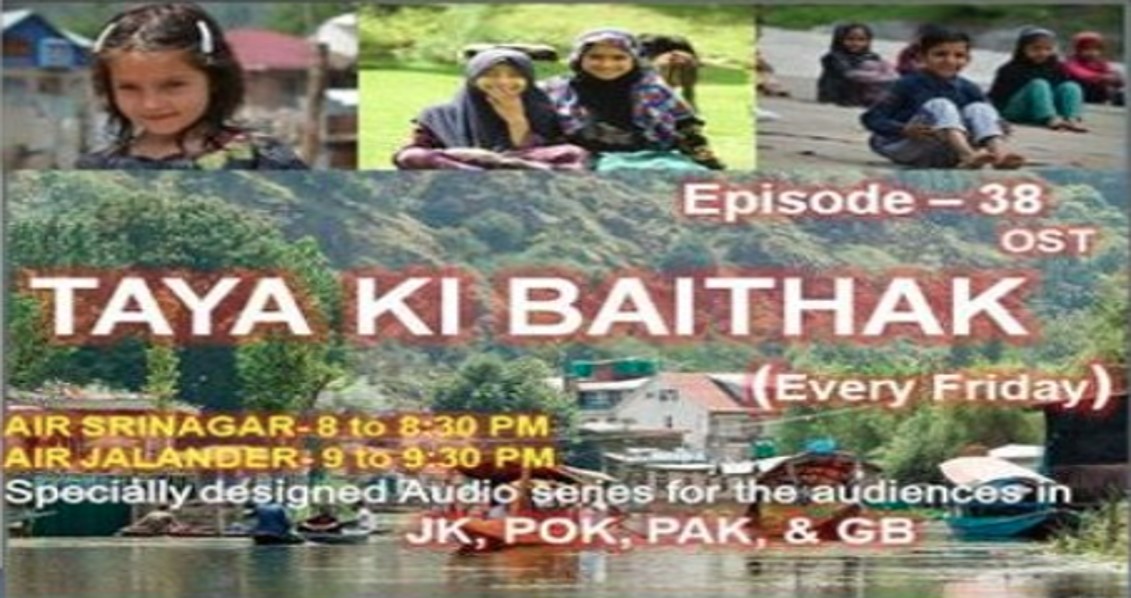 Episode shows suppresssion of voices of common citizen continues in GB and PoK. Human right activists in these areas constantly complain about false cases of sedition lodged against them by the Pakistani establishment. They are imprisoned for long durations and they are tortured during imprisonment. There is no freedom of expression for past 70 years. Pak is unable to define the Two Nation Theory but impresses upon common people in these regions for the same. The people have been forbidden constitutionally from expressing their opinion.

Pakistan is an occupier of PoK and GB. People have suffered due to mistakes of their forefathers. Not only people from GB and Pok, all Pakistanis feel that the current government of India will solve the regional issues.

An all party alliance conference was held in Feb 2021 in PoK and the Pak govt has registered case of sedition against all participants.

People of Sind province are subjected to torture, imprisonment and forced disappearance.

Terrorism has not only disturbed the life of common man in Pakistan but also changed the outlook of the youth in Pakistan. The youth are being indoctrinated into Jehad and they have resorted to using guns and bombs to murder humanity. The bonds of humanity have been replaced by hatred and created mistrust amongst common citizen. So much so that people label each other as Kafirs and find it justified to kill such kafirs. Thus the blood bath continues.

Episode shows Kashmiris have shown the path of peace, brotherhood to the whole world. However, Pakistan has fanned the fires of religious hatred and fundamentalism in this region leading to instability and chaos. People have been divided among various faultlines and kashmiriat has vanished. Jehadi outfits have killed Kashmiri Pandits. Polarisation has taken place without any benefits to the Kashmiries. Earlier there used to be huge posters in support of Jehad in Kashmir. In some markets, the shops had a donation box for Lashkar-e-Taiaba. There used to be collection boxes for Jaish-e- mohammad, Hizbul Mujahiddin and Hafiz Saeed. Pakistan failed to achieve its purpose through Jehadi outfits and the Kashmiries were caught in between.

India has been a land of peace and brotherhood. For centuries, it has sent out this message of peace and harmony to the world. The relation between India and Kashmir is based on the teachings of Sufi saints. True Islam does not propagate hate politics. Today we have to uphold the true meaning of Kashmiriat and reestablish the fact that we are Hindustanis and that the relationship of India with Kashmir are not only political but also of the soul.

A new wave of development is taking shape which is removing the pessimism which appear to have crept in. To educate the youth, the UT admin has commenced many schemes with speed and which appear to be yielding good results. In this episode the National Education Policy of the present central govt is a revolutionary step in that direction. This would affect the villages and cities equally and we expect a prominent change in the society and the nation. Our youth will be empowered with new skills, innovations and research. We have to move forward in step with other nations of the world. There have been substantial efforts to reduce the gender gap and drop out rate. 2000 kinder garden schools have been established and 3500 schools will commence education from next academic session. All 23112 government schools have been provided with clean drinking water, sanitation and electricity. 4000 eco clubs have been made for eco-friendly activities. 57 girls who lost their parents to Corona pandemic have been admitted to Kasturba Gandhi Vidyalaya. Content of texts books of class 1 to 10 has been revised effectively and compares competitively with other national and international standards. The new education policy stresses on patience, integrity and unimpeachable personality along with technique. It is the responsibility of teachers to shape the youth today for a future generation.

Radiology is a vast field with lot of scope for employment. X rays is one part of it. It includes contrast study which is there in fluoroscopy. Others are CT scan, MRI and angiography. One can venture into nuclear medicine as well. BS Radiology is a honours Degree for which 60% marks are mandatory.