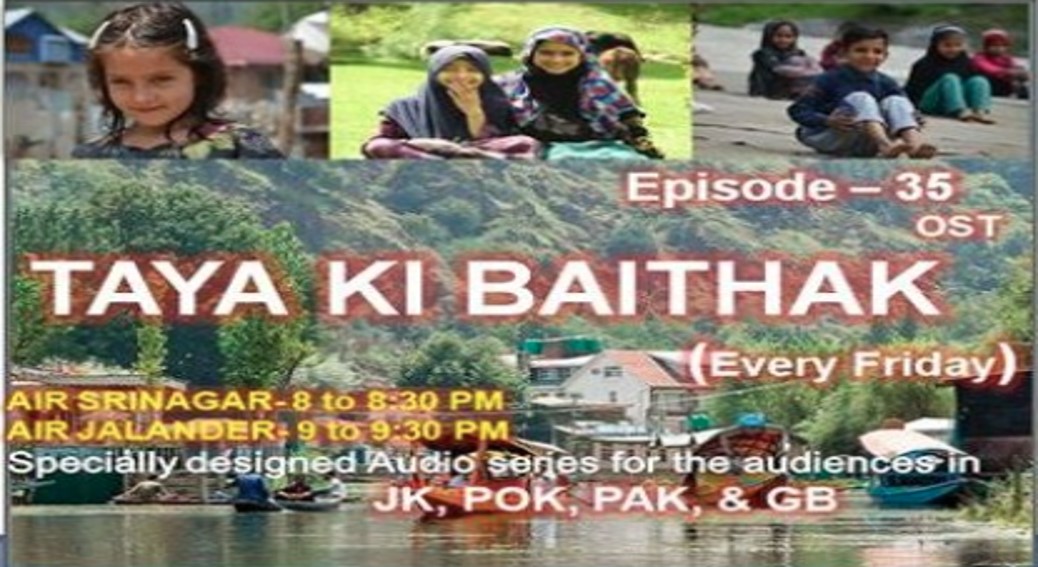 Public now understands that the instability in J&K brought about by Pakistan in the name of religion has brought them only losses. Episode shows Pakistan has been peddling the narrative that India has changed the map of J&K by creating Union Territories but refrains from bringing out the changes in Pak administered Kashmir and Gilgit Baltistan. POK and Gilgit Baltistan were to remain autonomous regions. While Pakistan keeps taking about human rights in Indian J&K, it remains mum on atrocities in Pak administered Kashmir was not actually Kashmir but it was part of Jammu. However, Pakistan gave it the name of Kashmir so that the narrative of Kashmir is kept the Dogri language earlier spoken in this region and today even the political parties call themselves Kashmir parties. India has never attacked any country.

POK is run by the Kashmir council. This is an unelected body chaired by the PM of Pakistan. One Chief Secretary is running the complete POJK. PM of POK is neither from Kashmir nor from GB. Schedule 4 is applicable to GB. As per this schedule, unless you have the permission of the local police station, you cannot leave your village. The Tribal sardars of Afghanistan whose land was being distributed amongst the farmers sought refuge in POK and GB. Pakistan gave them shelter on the condition that these refugees will be given ration cards only if they become members of Jihadi groups. There were 7-8 Jihadi groups. These people were put in the forefront and with the backing of Pak Army, they went into Afghanistan. Similar policy was adopted in Kashmir. A false narrative was peddled by Pakistan that the once including in armed ‘struggle’ in Kashmir were locals. If they are locals they should have been there in Jammu or Ladakh as well. In fact, such armed Jihadi are not there even in GB. GB is labelled a province at times. At other times it is labelled as autonomous region. Pak is a Theo-fascist state which invaded GB and POK and labelled them as Northern Region and Azad Kashmir. Territorial liberation cannot take place in the absence of cultural emancipation due to the indoctrination of the populace for past 72 years. There has to be a coordinated effort to counter this narrative.

In episode 35 Govt of India has taken many steps to mitigate the hardship. Project worth Rs 7000 crores for the J&K region are being initiated. These projects will ease the life of people staying in Srinagar and adjoining areas. These projects are related to education, health and infrastructure. In the country, 70 new model degree colleges, 11 professional colleges, one women’s university, more then 60 entrepreneur innovations and career hubs have been planned. Many of these are exclusively for J&K. Stress is being laid on skill development.

Physiotherapy has a vast scope as a means of employment. A basic Physiotherapist earns Rs 20000-30000 per month. One has to do 10+1/2 with medical as a subject and then do a 4 ½ years Batchelor of Physiotherapy course. Master of Physiotherapy is the next level which has specialization orthopedics, neurology, sports and cardiology.