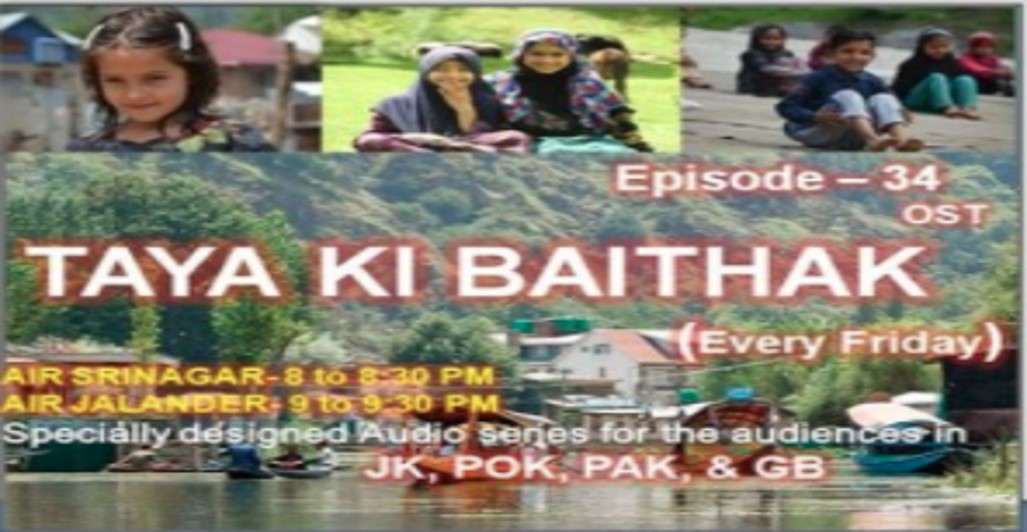 Episode 34 shows Public in Pakistan is questioning its govt on removal of restrictions on TLP and entering into an agreement with it. Other radical organisations have also approached the Pak govt for removal of restrictions on them. These parties have threatened to go against the government if the restrictions are not removed. Pak has been propagating its radical Islamic agenda through these organisations. When it finds that these orgs are behaving independently, it tries to restrict their activities. The agreement with TLP is being seen as surrender of Pak govt in front of these organisations. FATF report indicts Pakistan as a terror sponsor state which is carrying out terror funding. As a result Pak has been labelled as a rogue state. These circumstances have led to the image of Pak taking a severe beating in the world.

The field has been left wide open for extremist organizations in Pak. Pak has given authority to fight elections to the very same people who are accused of killing its people. There is no implementation of laws else no one would have dared to do what TLP does. State craft is lacking in governance. Appeasement of radical and extremist groups has been state policy in Pakistan. The government has gone to the extent of openly giving financial assistance to these organisations. On the other hand, the common man is faced with bullets when he protests. Some people like those in Balochistan go missing in case they are vociferous in opposing the military junta. On the whole this has led to these fundamental organisations becoming powerful.

Episode in which Media is targeted in case it raises questions on the functioning of the government and the Pak Army. In fact the media is getting targeted for factual reporting of any kind. False cases are filed against the media personnel which the establishment finds difficult to prove subsequently. Such acts are indeed with the aim of taking revenge. All efforts have been made under the govt of Imran Khan to suppress such voices in the last one year. Most of the journalists are getting booked under Prevention of Electronic Crimes Act (PIKA) but due to baseless charges, these journalists have got bail. Islamabad High Court has ruled in many instances that the charges levelled by FIA Cyber Crimes Wing against the journalists are illegal. Punjab has emerged as the main region where PIKA is being misused by the establishment. Half of the journalists against whom case were filed were arrested. Two third of journalists arrested under PIKA were granted bail while the remaining had to continue in jail.

Failure to govern is the main reason for imposing restrictions on independent functioning of the media in Pak. Attempts at destablising the neighbouring country, encouraging extremist elements and diverting the attention of citizen from pressing problems are indicators of this failure. However, genuine demands of the population can not be denied for long. That is why the voice of People of PoK and GB are being taken note of world over. People of these regions are now resorting to street protests. Pak govt is trying to suppress the voice of such people through new ordinances.

On the other hand, Kashmiries are taking the initiative in Srinagar and adjoining areas and giving a boost to local businesses. J&K is changing for the better. Along with development, new opportunities of employment are also being created.