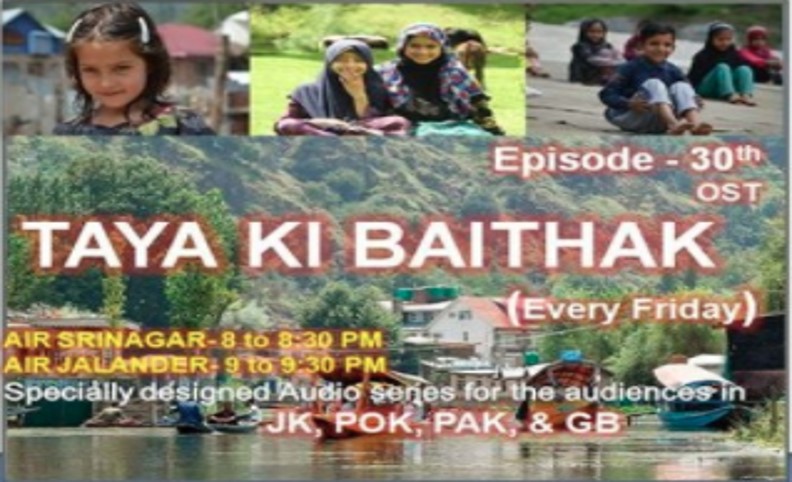 Episode 30 covers the growing rift between Imran Khan and Gen Bajwa on the appointment of the new chief of ISI. The stubborn approach of Imran Khan has been commented upon extensively by the media. The media has further brought out that the Army is in full control of governance and politics in Pak.

Veteran journalist Javaid Choudhary expresses his pain and agony on the sordid tale of governance, corruption and ethical bankrupcy in Pakistan, and states that Pakistan has an uncertain future. He further adds it is on the brink if disaster and disintegration.

The episode further highlights the sky rocketing prices of daily essentials in Pakistan which has made the lives of masses miserable. The public is now lamenting on the inadequacy of the Imran Khan Govt to manage the growing economic crisis in the country.

The episode also brings out that Pakistan is losing its exploitative grip on POK and Gilgit-Baltistan. The demands of the people of these areas for freedom is rising with every passing day. The blatant human rights violations and torture of the freedom loving people by the Pak Army is an issue of international concern. Pak Army is suppressing the sentiments and silencing the people of POK and Gilgit-Baltistan.

The economy of POK and Gilgit-Baltistan being run on extortion of the public, heavy burden of taxes and loot of resources has also been highlighted in the episode.

In the end the episode brings out that J&K is moving towards progress at a very fast pace. Home Minister Amit Shah, during his recent visit to the UT of J&K, reassured, the people of a bright and prosperous future of the UT. He stated that the beginning of a new era of over all development had set in and would be witnessed by the people in the near future.

The scope and advantages of fish farming have been also highlighted as a good economic venture. There is a high demand for fish in the local and international markets. Also, the chances of incurring losses are also very low. The requirement is only availability of some land and water and it can be done as a side business along side the main job being pursued.