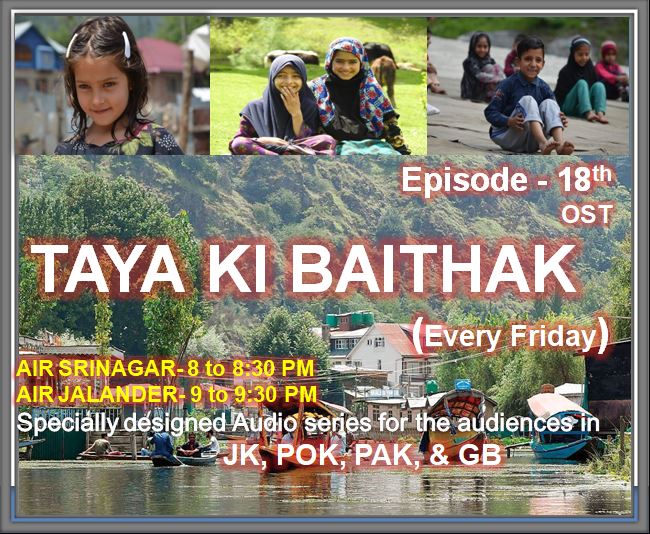 Episode 18 highlights India assuming the presidency of the United Nations Security Council for the month of Aug. This is the tenth time that India has assumed this esteemed appointment. The focus during the month will be on maritime security, peacekeeping and counter-terrorism. PM Narender Modi is also scheduled to address the Security Council on 09 Aug 2021. Interestingly, India is celebrating its 75 th Independence Day in Aug which is the month when article 370 was abrogated in J&K, leaving Pakistan in the lurch as their attempts to raise the issue in the UNSC will be shymed.

India’s might as an emerging world power is clearly visible to all, including our Western neighbour. Pakistan is denying the basic fundamental rights of the people of PoK, which it is illegally occupying, by use of force. The people of PoK are fed up with the oppression and are wanting to gain freedom from Pakistan. They are deeply depressed due to the infringement to their freedom and rights as a people and are on the verge of rebelling against the Govt of Pakistan for the mistreatment and exploitation being carried out.

In highlighting the success stories of the youth of the UT of J&K, the success of Tanvir Ahmed Khan, son of a rikshaw driver of Kulgam, has been highlighted in the episode. Despite his poor background the individual has been able to qualify for the Indian Economic Service due to his dedication and sheer hard work. Tanvir has overcome great difficulties like breakdown in internet facilities and his poor economic background to achieve this feat competing in an all India selection. He further states that there is a lot of potential in J&K, but there is requirement of hard work and support from parents and the society, so that one can contribute towards the betterment of the society.

J&K has witnessed a huge amount of development in the UT in the last two years. This has come as a welcome step by the entire AWAM of J&K.