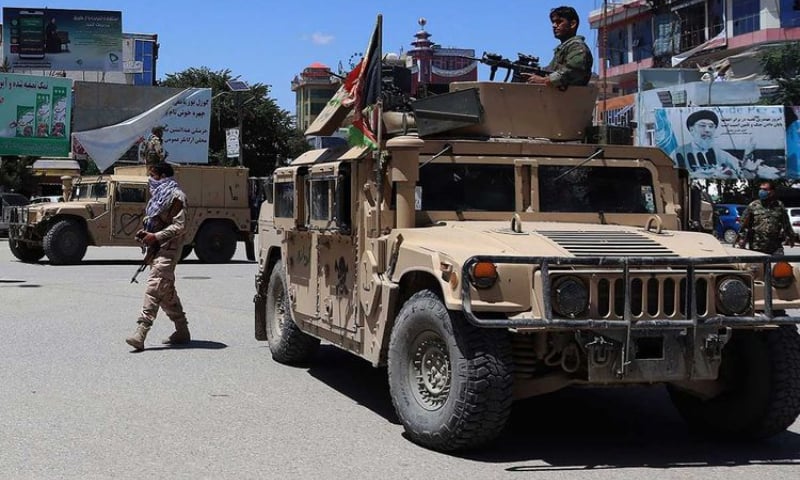 The Taliban captured two more provincial capitals on 08 Aug 21 as they gained ground in their fight to take over Afghanistan’s cities after seizing much of the countryside in recent months.

The insurgents have snatched up four provincial capitals since Friday in a rapid offensive that appears to have overwhelmed government forces.

Kunduz and Sar-e-Pul in the north fell within hours of each other on 08 Aug 21, lawmakers and residents in the cities confirmed, but not without fierce fighting.

A Kunduz resident described the city as being enveloped in “total chaos”.

“After some fierce fighting, the mujahideen, with the grace of God, captured the capital of Kunduz,” the Taliban said in a statement.

“The mujahideen also captured Sar-e-Pul city, the government buildings and all the installations there.”

Parwina Azimi, a women’s rights activist in Sar-e-Pul, told AFP by phone that government officials and the remaining forces had retreated to a barracks about three kilometres from the city.

Kunduz, however, is the most significant Taliban gain since the insurgents launched an offensive in May as foreign forces began the final stages of their withdrawal.

It has been a perennial target for the Taliban, who briefly overran the city in 2015 and again in 2016 but never managed to hold it for long.

The ministry of defence said government forces were fighting to retake key installations.

“The commando forces have launched a clearing operation. Some areas, including the national radio and TV buildings, have been cleared of the terrorist Taliban,” it said in a statement.

An Afghan security forces spokesman also said “extremely [heavy] fighting is going on” in Kunduz, as security forces fought to defend the city, regarded as a strategic prize as it lay at the gateway to mineral-rich northern provinces and Central Asia.

But a provincial lawmaker in Kunduz told Reuters the insurgents had taken key buildings in the city of 270,000 people, raising fears that it could be the latest to fall to the Taliban.

“Heavy clashes started yesterday afternoon, all government headquarters are in control of the Taliban, only the army base and the airport is with ANDSF (Afghan National Defence Security Forces) from where they are resisting the Taliban,” Amrudddin Wali, a member of Kunduz provincial assembly, said.

Health officials in Kunduz said that 14 bodies, including those of women and children, and more than 30 injured people had been taken to the hospital.

Kabul’s inability to hold the north may prove crucial to the government’s long-term survival.

Northern Afghanistan has long been considered an anti-Taliban stronghold that saw some of the stiffest resistance to militant rule in the 1990s.

The region continues to be home to several militias and is also a fertile recruiting ground for the country’s armed forces.

On Friday, the Taliban seized their first provincial capital, Zaranj in southwestern Nimroz on the border with Iran, and followed it up a day later by taking Sheberghan in northern Jawzjan province the following day.

Fighting was also reported on the outskirts of Herat in the west, and Lashkar Gah and Kandahar in the south.

The pace of Taliban advances has caught government forces flatfooted, but they had some respite later on Saturday after US warplanes bombed Taliban positions in Sheberghan.

“US forces have conducted several airstrikes in defence of our Afghan partners in recent days,” Major Nicole Ferrara, a Central Command spokesperson, told AFP in Washington.

Sheberghan is the stronghold of notorious Afghan warlord Abdul Rashid Dostum, whose militiamen and government forces were reported to have retreated to the airport.

Dostum has overseen one of the largest militias in the north and garnered a fearsome reputation fighting the Taliban in the 1990s — along with accusations his forces massacred thousands of insurgent prisoners of war.

Any retreat of his fighters would dent the government’s recent hopes that militia groups could help bolster the country’s overstretched military.

The government has said little about the fall of the provincial capitals, other than vowing they would be retaken.

That has been a familiar response to most Taliban gains of recent weeks, although government forces have largely failed to make good on promises to retake dozens of districts and border posts.

The withdrawal of foreign forces is due to be complete at the end of this month, ahead of the 20th anniversary of the September 11 attacks on the United States that sparked the invasion which toppled the Taliban.