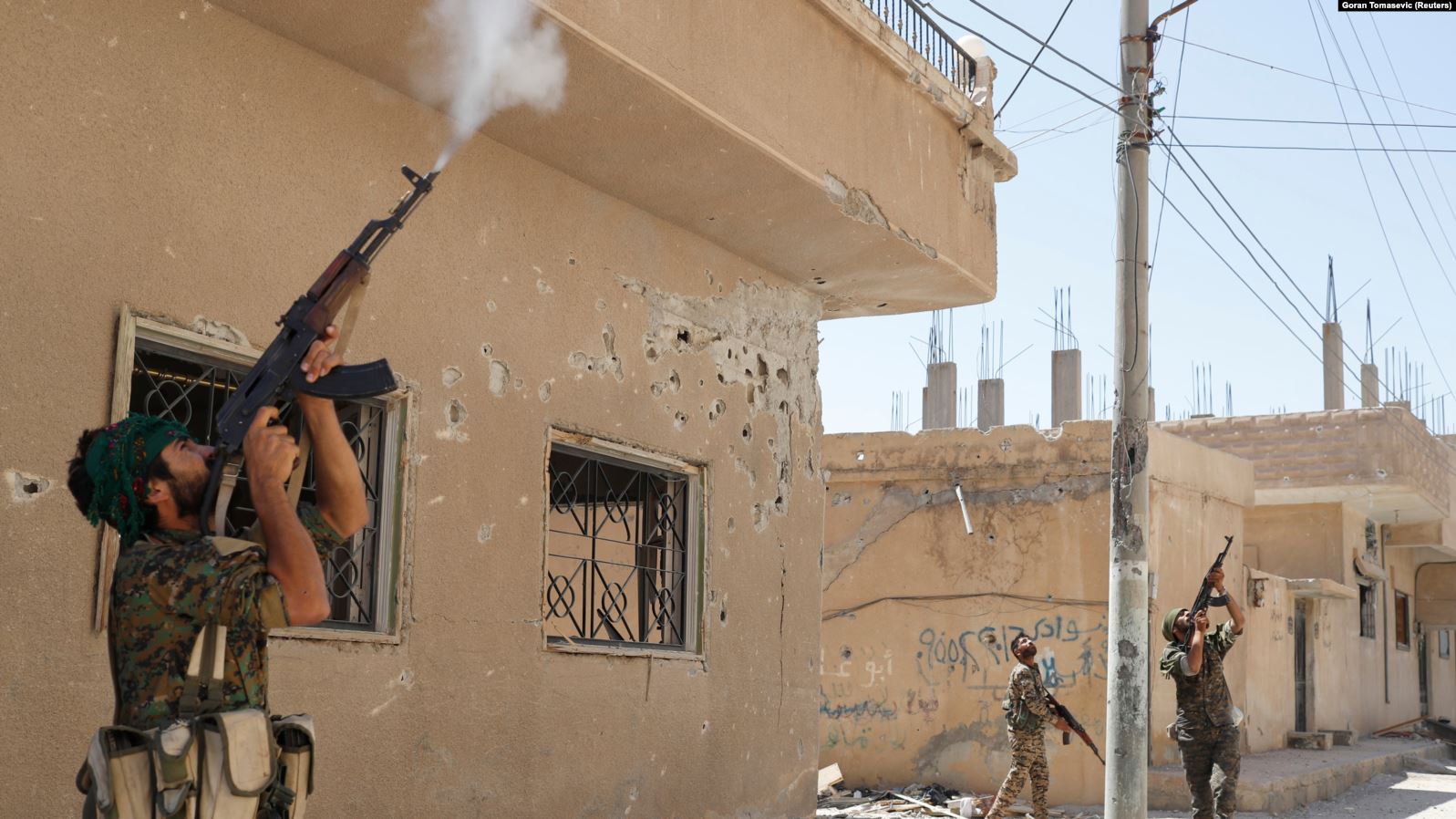 The Taliban has used small commercial drone aircraft in recent years for reconnaissance and to make propaganda videos of attacks. But now, the militant group is deploying the remote-controlled devices as a new weapon against Afghan security forces. Using a tactic of the Islamic State (IS) extremist group in Iraq and Syria, Taliban fighters are rigging low-cost, over-the-counter drones with explosives and dropping them on targets. Since October, the Taliban has carried out weaponized drone attacks in at least six of Afghanistan’s 34 provinces. Some have killed and wounded Afghan security personnel. Others have damaged military infrastructure. It is unclear why the Taliban only recently weaponized the commercial drones at its disposal. But the move has coincided with intensified attacks against Afghan forces despite ongoing peace talks between the warring sides. Observers say the rigged drones could enhance the Taliban’s battlefield capabilities and provide the militants with a potent propaganda tool.

So far, Taliban drones have not had a significant impact on the battlefield. But experts say the threat posed by drones could be significant if the devices are used properly and under optimal conditions. “These drones have relatively small firepower: one or two grenade-sized munitions,” says Nick Waters, an analyst with Britain’s open-source research group Bellingcat. “However, they are quite accurate and, if dropped in the right place, they can have a considerable effect.” Waters, a former British Army officer, told RFE/RL the Taliban could use weaponized drones to target commanders, groups of soldiers, vehicles, and ammunition depots. He says they can also guide Taliban suicide bombers, direct artillery fire, and provide “situational awareness” for tactical commanders.

Several different tactics have been used in other war zones to try to neutralize the threat of weaponized commercial drones. They include shooting drones down, using directional jammers, and physically intercepting them with nets or even birds of prey. But observers say many of these tactics require the ability to first identify a drone. “If you’re being attacked by a very small drone 1,000 feet up in the air, then it’s actually quite difficult to work out where to point your weapon,” Waters says.

Taliban drone attacks also have propaganda value for the militants as psychological operations or “PsyOps.” In recent months, Taliban fighters and pro-Taliban accounts have uploaded videos and photos on social media boasting of their new capabilities. “There is undoubtedly an element of psychological operations in their use,” says Jonathan Schroden, a security expert with the U.S.-based nonprofit research and analysis organization CNA. Military experts cite Taliban propaganda about its so-called “Red Unit” a commando-style Taliban force blamed for deadly attacks on Afghan troops.

Better trained and armed than ordinary Taliban fighters, the Red Unit has been described as an elite Taliban special forces group. “Tactical drones are another way for the Taliban to try and portray that they’re a stronger force than the Afghan forces,” Schroden told RFE/RL. “It also helps them mitigate views of their primary disadvantage relative to the Afghan forces, which is their lack of technologically advanced equipment.” The Taliban’s arsenal mainly consists of rockets, mortars, small arms, improvised explosives devices (IEDs), and explosive-laden cars, or what military experts call “suicide vehicle-borne improvised explosive devices” (SVBIEDs).

There is irony in the Taliban’s efforts to weaponize small commercial drones. The U.S. military has employed large unmanned Predator and Reaper drones armed with powerful Hellfire missiles to kill militants in Afghanistan. Those drones, which each cost more than $4 million, can fly up to 740 kilometres and linger overhead for up to 14 hours. The controversial program also has been blamed for killing civilians. The Taliban’s use of drones comes as it ramps up attacks against beleaguered Afghan forces despite signing a deal with the United States in February 2020 aimed at ending the war. Under the agreement, all foreign troops are meant to leave Afghanistan in exchange for counterterrorism guarantees from the Taliban, which pledged to launch talks with the internationally recognized government in Kabul about a permanent cease-fire and political settlement. Military analysts say the Taliban is employing a fight-and-talk strategy, seeking to increase its leverage in peace talks through gains on the battlefield.

‘Drones Sold In The Market’

Afghan intelligence chief Ahmad Zia Shiraj told lawmakers in November that the Taliban was using off-the-shelf drones and rigging them with explosives. “The drones they are using are sold in the market,” he said. “They are basically camera drones.” Shiraj’s remarks came a month after the Taliban dropped explosives from a weaponized drone inside the governor’s compound in the northern province of Kunduz, killing at least four people and wounded eight others. It was the first known Taliban drone attack in Afghanistan. Since then, rigged Taliban drones have been reported in the provinces of Baghlan, Balkh, Paktia, Logar, and Faryab. In one of the most recent attacks, the Taliban used a drone on January 15 to drop explosives inside a military base in Kunduz. The blast wounded two Afghan soldiers and damaged a military helicopter. Earlier in January, the government banned the use of any type of drones over the presidential palace in Kabul.

Analysts say the Taliban drone tactics have been adopted from IS militants in Iraq and Syria. IS also initially used drones for reconnaissance before weaponizing them for attacks against Iraqi and Syrian troops. Those drones either dropped bombs from the air or were rigged with explosives to detonate on the ground. The United States was so concerned by the threat of IS drones that, in 2017, it launched a $700 million program to develop tactics and technology against the extremist group’s vast fleet of drones many of them quadcopters. Waters says IS militants deployed weaponized drones most effectively in Mosul, Iraq’s second-largest city, which was overrun by the group in 2015. Two years later, U.S.-backed Iraqi forces recaptured the city following a protracted and devastating campaign.

“These drones were so prevalent it was reported they helped to slow and even pause the assault on the city until the drones could be neutralized,” Waters says. “It got to the point where the sound of the drone alone became a weapon: when fighters heard a drone above them they would immediately seek overhead cover because of the threat.” But experts say it would be difficult for the Taliban in Afghanistan to replicate the exact tactics used by IS militants, which targeted positions in urban areas. Afghan security forces are spread out across the country with more than 10,000 small checkpoints, many of which are in rural areas. “It’ll be harder to achieve a surprise attack on a small checkpoint in open terrain if Afghan forces are cued to the possibility of the threat, which they should now be,” Schroden says. “Still, the drones have the potential to be a threat to any unsuspecting checkpoints as well as larger installations and those in urban or cluttered terrain,” he concludes.