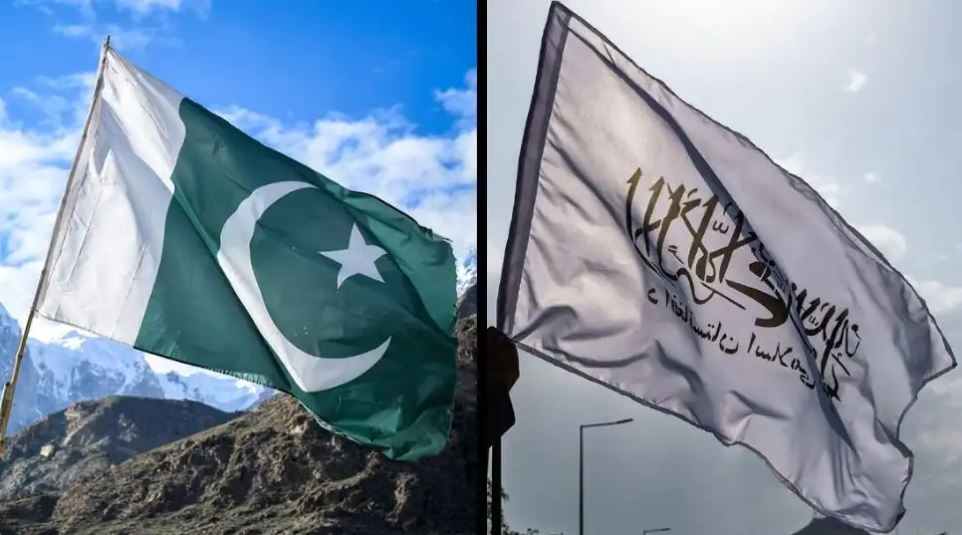 Taliban’s recent confrontation of Pakistan over its fencing of the disputed Durand Line, which Afghanistan does not recognize, has taken many by surprise.

Tensions between Pakistan and the Afghan Taliban have surged over the past fortnight over Pakistan’s fencing of the Durand Line, the 2,640-kilometer disputed border between the two countries.

Taliban commanders reportedly disrupted fencing of the border in two separate incidents in the last week of December. Videos circulating on social media show Taliban fighters removing fencing at several locations, and warning Pakistani soldiers of action if they continued to pursue the fence building activity.

The incident happened on the very day when representatives of the Organization of Islamic Cooperation gathered in Islamabad to discuss Afghanistan’s humanitarian crisis.

Despite protests from Afghanistan that the fence would divide families living in the Pashtun tribal belt, Pakistan has fenced most of its border with Afghanistan. Underlying Afghan opposition to Pakistani fence is the fact that Afghanistan does not recognize the Durand Line as the international border.

This has been the position of all Afghan governments. It is therefore not surprising that the Taliban interim government has also refused to accord it recognition. What is Credit: DepositPhotos surprising, however, is that it has gone a step further than previous Afghan governments and openly confronted Pakistan’s fencing plan at a time when the Taliban government is heavily dependent on Islamabad for political and diplomatic support.

Following the incident, Afghan defense ministry spokesman Enayatullah Khwarazmi said Taliban fighters stopped the Pakistani military from building what he described as an “illegal” border fence.In another development on January 4, Taliban foreign ministry spokesperson Abdul Qahar Balkhi tweeted that some incidents along the Durand Line had “given rise to the need for authorities of the two sides to address the problem.”

The next day, Maulvi Sanaullah Sangin, commander of the Taliban’s border forces for the eastern zone, said: “We will not allow the fencing anytime, in any form [along the Durand Line]. Whatever they [Pakistan] did before, they did, but we will not allow it anymore.” On January 7, reports emerged that the Afghan Taliban had captured seven Pakistani security personnel in Gomal district of Paktika province on the AfghanistanPakistan border for alleged illegal crossing.

For many in Pakistan, these statements and actions indicate that anti-Pakistan factions within the Taliban’s ranks have not been sidelined and rather appear to be gaining influence over issues that are of significant importance to the Taliban’s supporters and fighters. Pakistan’s fencing project has created resentment among Afghan living along the border regions, as they are opposed to regulations imposed by Pakistan on their cross-border movement.

These groups also include the sympathizers and supporters of the Tehrik-i-Taliban Pakistan (TTP) hiding in the AfghanistanPakistan border regions.

It is important to note here that Islamabad has failed to get the Taliban vital diplomatic recognition internationally and the financial assistance that the group desperately needs.

The pro-Pakistan factions within the Taliban ranks have so far only been able to facilitate a dialogue between the TTP and Islamabad, which also fell apart last month. Moreover, the Taliban have not only refused to publicly accept that TTP’s sanctuaries exist in Afghanistan, but also they have actively countered Pakistan’s military attacks, potentially targeting TTP’s hideouts across the Durand Line.

“Some days ago they [Pakistani military] fired some mortars. In response, we fired 32 mortar rounds,” Taliban’s commander of the border forces for the eastern zone, told TOLOnews on January 5.

The Taliban’s unexpected hard line on the border fencing may be partially motivated by the Pakistan government’s tough stance against the TTP’s presence in Afghanistan. If that is the case, then TTP-Taliban ties are far closer than previously understood.

The January 6 statement of Sher Mohammad Abbas Stanikzai, deputy minister of foreign affairs, merits attention in this context. “The Durand Line is an issue of the whole nation, not the government. It doesn’t belong to the government. We will give the responsibility to the nation, so the nation will make the decision,” he said.

His mention of the “whole nation” was a reference to Pashtuns living on both sides of the Durand Line. In essence, it invalidates the legality of the boundary from Afghanistan’sperspective. Moreover, it supports the TTP’s goal to take “control of Pakistan’s border tribal region and make them independent.”

One can question the timing of the incident as the Taliban’s troubles in governance have only begun and the last thing they want is to ruin their relationship with Pakistan. However, if theseincidents are emerging at a time when the Taliban are heavily dependent on Pakistan, imagine what would happen once they gain recognition from countries like India, the United States, and the European Union.

But this is not the case. While Islamabad may have cultivated a relationship with some leaders of the group, the group’s rank and file do not seem to be appreciative of Pakistan’s role in Afghanistan or celebrating ties with the country.

At this stage, it is unclear if Pakistan will choose to deteriorate its ties with the Taliban after supporting the group’s return to power. Its military leadership is aware of the Taliban’s hostile perception of Pakistan. This is one of the reasons for the military actively pursuing the fencing of the border.

Last year, Pakistani Army Chief General Qamar Javed Bajwa acknowledged in an offthe-record briefing that the Taliban and the TTP are “two faces of the same coin.” The Afghan Taliban and theTTP share close ethnic ties and have fought together in the past. Available data suggests that the TTP has gained immensely with the Taliban’s return to power.

It is possible that once the Taliban’s financial difficulties ease, we could see the group actively supporting the TTP in Pakistan’s tribal districts to settle the Durand Line issue and develop some leverage against Pakistan on many other issues.

It does seem that Pakistan’s security woes relating to the border dispute and terrorism will worsen during the Taliban’s rule.