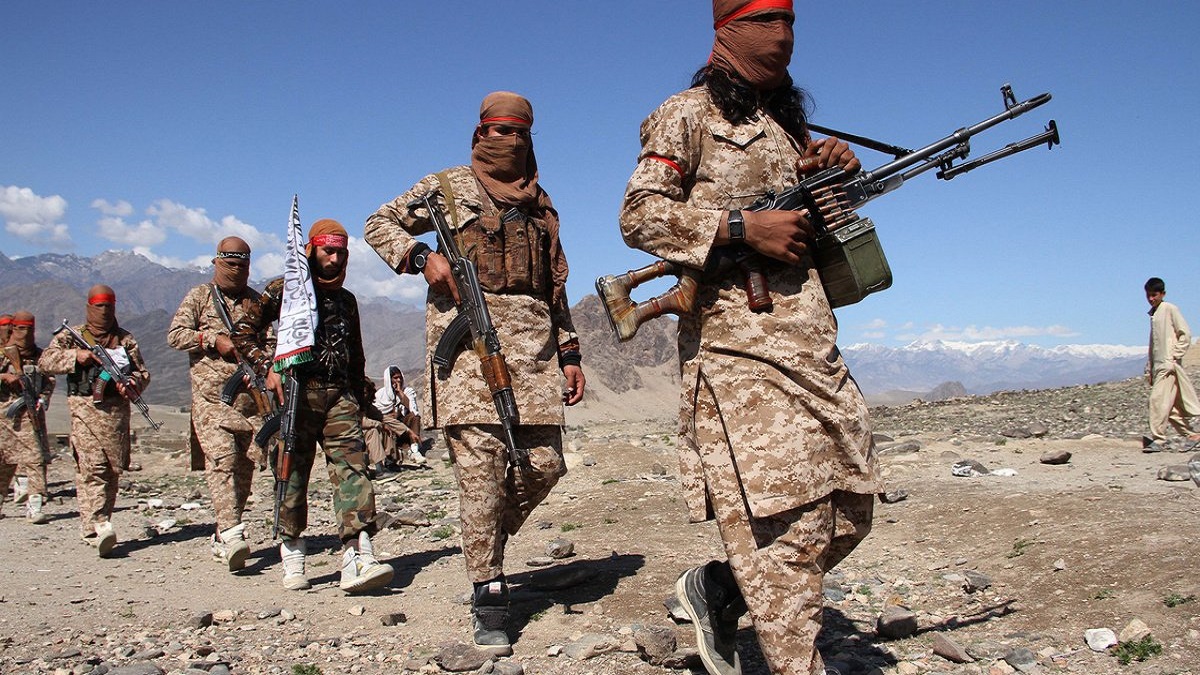 The Afghan Taliban tightened their territorial stranglehold around Kabul on Saturday, as refugees from the insurgents’ relentless offensive flooded the capital and US Marines returned to oversee emergency evacuations from Afghanistan.

With the country’s second- and third-largest cities having fallen into Taliban hands, Kabul has effectively become the besieged, last stand for government forces who have offered little or no resistance elsewhere.

Insurgent fighters are now camped just 50 kilometres (30 miles) away, leaving the United States and other countries scrambling to airlift their nationals out of Kabul ahead of a feared all-out assault.

Heavy fighting was also reported around Mazar-i-Sharif, an isolated holdout in the north where warlord and former vice president Abdul Rashid Dostum had gathered his virulently anti-Taliban militia.

The only other cities of any significance not to be taken yet were Jalalabad, Gardez and Khost — Pashtun-dominated and unlikely to offer much resistance now.

In Kabul, US embassy staff were ordered to begin shredding and burning sensitive material, as the first American troops from a planned 3,000-strong re-deployment started arriving to secure the airport and oversee evacuations.

A host of European countries — including Britain, Germany, Denmark and Spain — all announced the withdrawal of personnel from their respective embassies on Friday.

For Kabul residents and the tens of thousands who have sought refuge there in recent weeks, the overwhelming mood was one of confusion and fear.

Muzhda, 35, a single woman who arrived in the capital with her two sisters after fleeing nearby Parwan, said she was terrified for the future.

“I am crying day and night,” she told AFP. “I have turned down marriage proposals in the past… If the Taliban come and force me to marry, I will commit suicide.”

UN Secretary-General Antonio Guterres said he was “deeply disturbed” by accounts of poor treatment of women in areas seized by the Taliban.

“It is particularly horrifying and heartbreaking to see reports of the hard-won rights of Afghan girls and women being ripped away,” Guterres said.

The scale and speed of the Taliban advance have shocked Afghans and the US-led alliance that poured billions into the country after toppling the Taliban in the wake of the September 11 attacks nearly 20 years ago.

Days before a final US withdrawal ordered by President Joe Biden, individual Afghan soldiers, units and even whole divisions have surrendered — handing the insurgents even more vehicles and military hardware to fuel their lightning advance.

Despite the frantic evacuation efforts, the Biden administration continues to insist that a complete Taliban takeover is not inevitable.

“Kabul is not right now in an imminent threat environment,” Pentagon spokesman John Kirby said on Friday, while acknowledging that Taliban fighters were “trying to isolate” the city.

The Taliban offensive has accelerated in recent days, with the capture of Herat in the north and, just hours later, the seizure of Kandahar — the group’s spiritual heartland in the south.

Kandahar resident Abdul Nafi told AFP the city was calm after government forces abandoned it for the sanctuary of military facilities outside, where they were negotiating terms of surrender.

“I came out this morning, I saw Taliban white flags in most squares of the city,” he said.

Pro-Taliban social media accounts have boasted of the vast spoils of war captured by the insurgents — posting photos of armoured vehicles, heavy weapons, and even a drone seized from abandoned military bases.

In Herat, the Taliban captured long-time strongman Ismail Khan, who helped lead the defence of the provincial capital along with his militia fighters.

Pul-e-Alam, capital of Logar province, was the latest city to fall on Friday, putting the Taliban within striking distance of Kabul.

Helicopters flitted back and forth between Kabul’s airport and the sprawling US diplomatic compound in the heavily fortified Green Zone — 46 years after choppers evacuated Americans from Saigon, signalling the end of the Vietnam War.

The US-led evacuation is focused on thousands of people, including embassy employees, and Afghans and their families who fear retribution for working as interpreters or in other support roles for the United States.

Pentagon spokesman Kirby said that most of the troops shepherding the evacuation would be in place by Sunday and “will be able to move thousands per day” out of Afghanistan.

“Capacity is not going to be a problem,” he said.