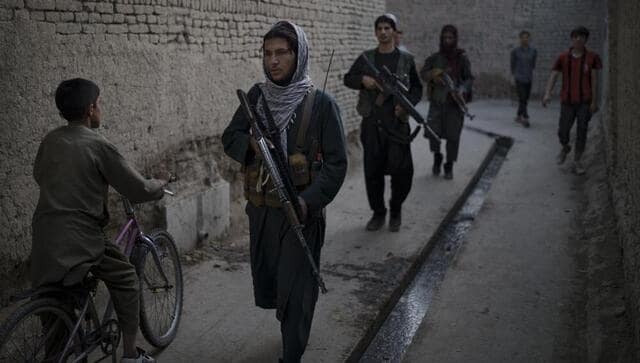 As Taliban get off their horse, it’s time for them to govern, and that is the most difficult part. After the sudden US withdrawal, the Taliban, which has been designated as a terrorist organisation worldwide, moved in fast to fill the power vacuum and establish control over Kabul and elsewhere.

Pakistan shed all pretences and scrambled to enshrine the Haqqani Network, which is controlled by the ISI (its intelligence agency), firmly in the seat of governance. The then ISI chief even rushed to Kabul to ‘help’ in the process of forming a ‘government’.

After the initial jubilation, the Taliban now face a hard task amid one of the world’s worst humanitarian crises, while finding it difficult to establish their own legitimacy, battling Daesh (ISIS-K), handling a tumbling economy, and sticking to their theocratic ideals of a Shariah-run state.

According to the UN’s World Food Programme (WFP), almost all Afghans do not have enough to eat, and a failing economy could tip Afghanistan’s increasingly dire situation under Taliban rule into catastrophe soon. As winter advances, there are serious shortages of food, medicines and drinking water everywhere in the country. UNICEF and WFP both estimate that one million children are at risk of dying from hunger as the freezing winter depletes food supplies and cuts off rural communities.

For the first time in Afghanistan, urban residents are suffering from food insecurity at similar rates to rural communities, WFP said. In September, the WFP warned that only five percent of Afghan families had enough to eat every day. Basic ingredients like cooking oil and wheat had skyrocketed in price.

As the world gets together to help Afghan citizens, the question of legitimacy and ability of the Taliban to appropriately deliver aid is questionable. There have been reports of protests against the Taliban pilfering the aid and preferentially allotting it to the relatives of the militia. With hardly any governance structures in place, it seems next to impossible that international aid will actually reach the needy.

Pakistan has taken the lead in highlighting the Afghan crisis to the world and even organised a conference of Islamic nations to chart out a plan for the reconstruction of Afghanistan. It is important to note that the Taliban leaders did not get a chance to speak at this conference.

As much as 80 percent of Afghanistan’s budget comes from the international community. Without greater access to foreign money, the Afghan economy is likely to contract by about 30 percent this year, furthering the humanitarian crisis.

The UN Under-Secretary-General for Humanitarian Affairs warned that the Afghan economy is in “free fall”. He also highlighted that 23 million Afghans — over half the total population — are facing hunger, 70 percent of teachers are not getting paid, and millions of children are out of school. The UN official’s warning comes in the wake of a 40 percent increase in prices of wheat and fuel in Afghanistan, with international development support frozen, and basic social services collapsed.

The economic situation in Afghanistan has been deteriorating as the value of its currency continues to plummet, impeding trade and investments. The “free-fall” of the Afghan economy was triggered by the hasty and chaotic withdrawal of the US-led coalition forces from the country in August, followed by freezing of the country’s $9.5 billion in aid and assets, by Washington and its allies.

Separately, the US Treasury Department acted on Wednesday to ease sanctions against Kabul, saying it would issue licences to ensure that some international aid could flow to Afghanistan, as long as it did not reach individuals sanctioned by the US. The licences also will allow Afghans living abroad to send money to their families in Afghanistan.

Taliban government spokesman Zabihullah Mujahid told Agence France-Presse that the resolution’s approval was a “good step”. He also expressed hope that the approval would “speed up” the removal of financial sanctions on entities with links to the Taliban. This however is a double-edged sword.

Since the US withdrawal from Afghanistan, Islamic State terrorists have intensified their attacks against Taliban targets in particular. ISIS-K is attempting to achieve its goal of questioning the Taliban legitimacy through frequent violent attacks that undermine the Taliban’s ability to govern, guarantee security, and respond to the ongoing catastrophic economic crisis.

Expanding ISIS-K support and attack zones will force the Taliban to spread out their security forces. This will allow ISIS-K to develop havens from which it could launch attacks beyond Afghanistan. ISIS-K currently has attack and support zones within Nangarhar, Kunar, Kabul and Parwan provinces.

Recent attacks in Kunduz and Kandahar indicate that it is expanding attack zones to those provinces and likely has support zones in or near those provinces. Taliban splinter groups appear to be defecting to ISIS-K, helping enable its expansion. Fighters previously affiliated with Mullah Manan Niazi’s Taliban splinter faction in the Herat province have allegedly defected to ISIS-K.

ISIS-K is also attacking economic infrastructure in Afghanistan to worsen the economic crisis and to undermine the Taliban’s efforts to maintain Afghan government institutions. There are sectarian issues especially related to the Shia Hazara minority community, and ISIS-K is pitted to take advantage by attacking the Shias. The Taliban will need to expropriate land, mostly from Shias, to fulfil promises to reward the families of suicide bombers with allotments of land and money, such as those made by the Taliban’s interior minister, Sirajuddin Haqqani.

If the Taliban continue to victimise the Shias as ISIS-K attacks them, the former risks damaging their relations with Iran and causing Shias to mobilise to protect themselves. Encouraging a regional sectarian war could be a way for ISIS-K to disrupt its rivals and establish the havens needed to plan attacks abroad in the Middle East and Europe.

Continued ISIS-K attacks against Afghanistan’s Shias could cause elements of the Afghan Fatemiyoun Army that Iran has developed and used to fight for the Assad regime in Syria to return to Afghanistan to protect Shia Afghans.

At the Organisation for Islamic Cooperation (OIC) summit last Sunday, Pakistani prime minister Imran Khan made the case that ISIS-KP “threatens Pakistan from Afghanistan”, adding that stability in Afghanistan is necessary. Reacting to Khan’s remarks, former Afghanistan president Hamid Karzai accused Imran Khan of not telling the truth. Karzai stated, “ISIS from the beginning has been threatening Afghanistan from Pakistan, not the other way around.”

The Taliban central leadership recently established a commission in mid-October with the stated purpose of expelling Taliban fighters who commit crimes. The commission has so far expelled at least 687 Taliban members for various crimes. Despite such sporadic efforts by the Taliban to create credibility and confidence about their ability to govern, past experiences point in the opposite direction.

The United States spent more than $8 billion over 15 years on efforts to deprive the Taliban of their profits from Afghanistan’s opium and heroin trade, from poppy eradication to airstrikes and raids on suspected labs.

Facing an economic crisis, the Taliban are unlikely to move against the drug economy. There are no signs yet that they will target other parts of the drug business, such as cultivation, refining, trade and cross-border trafficking.

Unlike ISIS-K, drug cultivation and trafficking are not an ideological matter for the Taliban, but more of a bargaining chip in their negotiations with the West around funding and recognition.

“The Taliban have counted on the Afghan opium trade as one of their main sources of income,” Cesar Gudes, the head of the Kabul office of the UN Office of Drugs and Crime (UNODC), told Reuters. “More production brings drugs with a cheaper and more attractive price, and therefore a wider accessibility.”

Since the former government in Kabul fell, the price of opium has increased in Afghanistan. A kg of opium now sells in the markets of the southern and western provinces for $100, double the cost of just a few months ago.

If the world doesn’t act now, Afghanistan will once again descend into a safe haven for violent extremist organisations and terrorist groups. This will have serious implications for the protection of civilians and also global jihadi terrorism.

Keeping this in mind, India and five central Asian countries — Turkmenistan, Tajikistan, Uzbekistan, Kyrgyzstan, and Kazakhstan — held a conference in New Delhi on 18 December. The countries unanimously condemned terrorism and reiterated that providing safe haven for terrorists, terror financing, and using terror proxies for cross-border terrorism is against the principles of humanity and international relations.

At this third India-Central Asia Dialogue, the countries also reiterated their strong support for a peaceful, secure and stable Afghanistan while underlining the need for respecting the sovereignty, unity and territorial integrity of the war-torn nation.

The return of the Taliban in 2021 casts a shadow on the ongoing as well as future projects committed by India’s development cooperation and other international partners.

Caught between the devil and deep blue sea, the international community has to help the suffering Afghans without granting legitimacy to the warring warlords of Taliban acting on the whims and fancies of overzealous generals sipping scotch somewhere across the mountains.