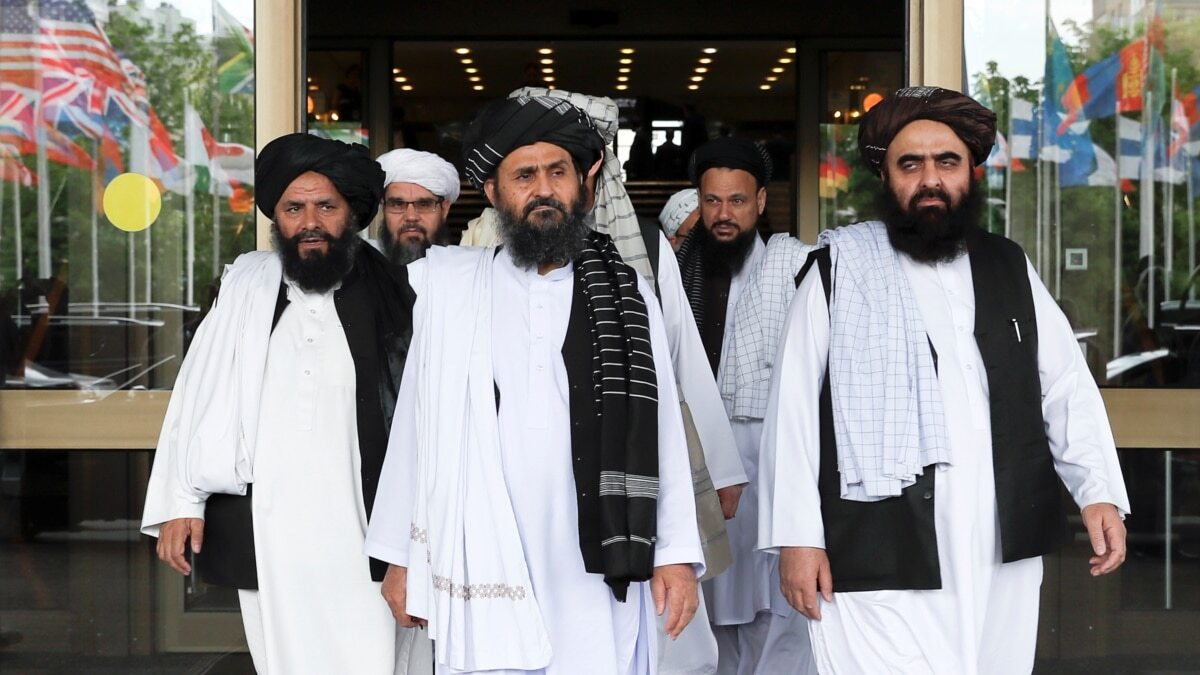 Ahmed Rashid, a Pakistani journalist, says the government political, security, and economic predicaments in Afghanistan and Pakistan are coming to a head as the administration of U.S. President Joe Biden reviews its policies in the two countries.

The author of several best-sellers chronicling the cycles of war in Afghanistan and their impact on neighbouring countries sits down with Gandhara to talk about whether there’s hope for a quick turnaround and if a fresh U.S. approach could steady and eventually resolve the crises in the two countries.

Rashid says the Biden administration needs to adopt a regional approach to pressure the Taliban to fulfil its commitments on partnering with the Afghan government for peace.

“We need an international alliance that will place the Taliban at the table and keep them there till there is an agreement,” he said. “It looks very likely that the [U.S.] policy is now going to be based on what the Americans call the conditions-based policy.”

He says Pakistan and Afghanistan’s other neighbours must be on board for this new approach to work.

“The Taliban are getting away with far too much at the moment without having any consequences,” he noted. “There has been no conditionality imposed on the Taliban, and the Taliban have got away with murder in the way that they have treated the Afghan government and the civil society with all these killings.”

In his view, the Taliban’s reliance on violence prevents it from achieving its goal of being a national movement. He cites the Taliban’s recent diplomatic outreach to several countries including Turkmenistan, Afghanistan’s neutral Central Asian neighbour.

In the mid-1990s, Rashid reported on Turkmenistan’s efforts to export its massive gas reserves through a transnational gas pipeline across Afghanistan and Pakistan. Today he still thinks the proposed Turkmenistan-Afghanistan-Pakistan-India (TAPI) pipeline is unlikely to materialize despite the Taliban’s recent assurances of protecting it.

“In the 1990s, when Ashgabat pushed for building the TAPI pipeline, it became impossible because the Taliban began executing women in football stadiums,” he recalled of what hindered the large-scale energy project a quarter-century ago. “You can’t be killing fellow Afghans the way the Taliban are doing now and at the same time ask for investments from Turkmenistan.”

Rashid is the author of The Taliban: Militant Islam, Oil and Fundamentalism in Central Asia, the first best-seller on the hard-line Islamist group that swept Afghanistan in the 1990s. He says concrete measures are needed to gauge the Taliban’s commitment to a negotiated settlement with the Afghan government.

“They [the Taliban] make fools of the interlocutors, which includes the Americans, NATO, and other partners, and they go off on a grand tour to Russia, Pakistan, to Turkmenistan, and Iran and pretend as though they are a legitimate government, which they are not,” he said, referring to the Taliban’s recent diplomatic blitz. “We should remember the Taliban are still mentioned as terrorists in the UN list of terrorist groups,” he added. “The fact is that the Taliban are avoiding the main issue, which is a peace settlement in Afghanistan and the creation of an interim or coalition government.”

Rashid, 72, lives in the eastern Pakistani city of Lahore. His country is mired in multiple crises, and he says there’s no easy or immediate way out; Prime Minister Imran Khan’s government is unlikely to fall in the face of an opposition movement bent on toppling it.

Rashid acknowledged that the Pakistan Democratic Movement (PDM), an opposition alliance of 11 political parties, has attracted considerable public support to its noisy protests. “But these are not going to be sufficient to bring down the government,” he noted.

The Muslim country of 220 million people continues to struggle with a multifaced crisis that successive governments in Islamabad have failed to fully address.

“There is a smouldering crisis in the state, which is hardly being acknowledged either by the civilian government, the military, or the opposition,” he said. “It is a very dire, serious crisis because it includes possibilities of an economic collapse, a sectarian conflict, extremist attacks. It is a multidimensional crisis we are facing. Not to speak of COVID-19, of course.”

Rashid says his fellow Pakistanis are suffering from economic stagnation and inflation.

“The economic pain is reaching its maximum,” he said, noting the increase in public protests against high inflation, low wages, and mounting utility bills. Islamabad was the scene of fierce clashes this week after Khan’s administration attempted to crush a protest demanding higher salaries for federal government workers.

“Any kind of leadership of a movement that wants to highlight the economic pain has to take a very conscientious decision to downplay the political dimensions of this crisis and instead stress the economic pressure that the people are facing,” he said of the dwindling trust that Pakistanis have in their political leaders.

“Our political elite, unfortunately, is obsessed with itself so all we are getting is the daily accounts of who is joining the opposition, who is leaving the alliance,” he explained. “That is not sufficient to really give expression to the public’s demand for a movement that must restore some kind of economic balance.”

Rashid’s critical reporting for international newspapers and magazines over the past four decades has won him few friends in Islamabad’s corridors of power. He says he’s not optimistic about Washington’s ability to urge Islamabad to halt its crackdown against civil and political activists or allow greater press freedom.

“The new U.S. administration is going to be bogged down in so many issues, and the state of the global economy is going to take priority before anything else,” he noted.