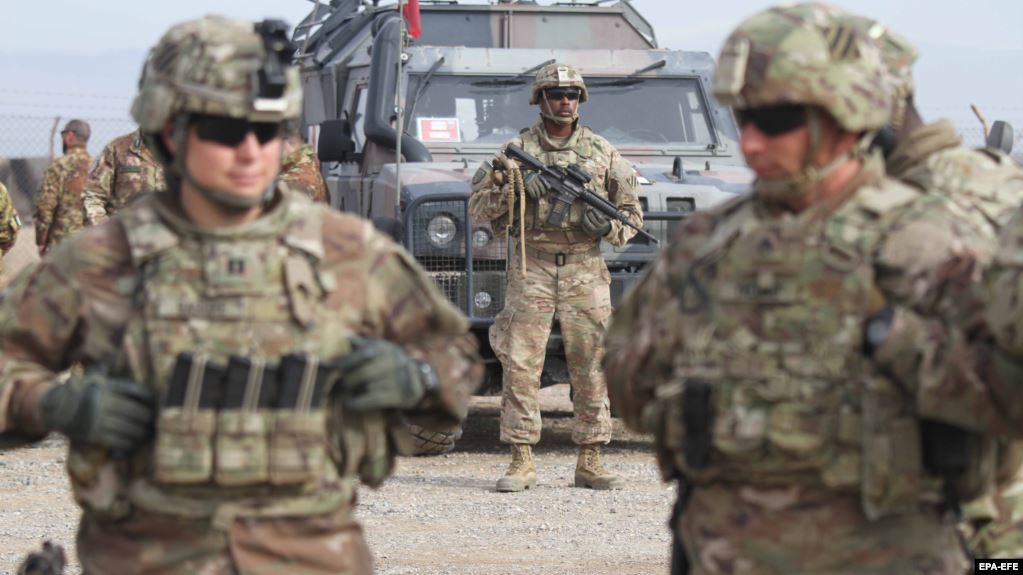 In a new trend, many of the targeted killings have gone unclaimed, with the Taliban denying responsibility in many cases. Observers say the new tactics are a response to the U.S.-Taliban deal signed in February 2020, which limits where and what type of attacks the militants can conduct. The shift, observers say, is also linked to the Taliban’s strategy at peace talks with the Afghan government. “Their intent seems to be to further disable and discredit the current government but also to decrease the number of people who might stand in their way postsettlement,” says Jonathan Schroden, a security expert with the U.S.-based nonprofit research and analysis organization CNA.

Intra-Afghan peace talks which started in September 2020 in the Gulf state of Qatar are a key part of the U.S.-Taliban agreement. That deal calls for the withdrawal of all foreign forces in Afghanistan by May in return for counterterrorism guarantees from the Taliban, which has pledged to negotiate a permanent cease-fire and a power-sharing formula with the internationally recognized government in Kabul.

Since signing the deal with the United States, the Taliban has been blamed for a surge of targeted killings, including of prominent civic and political leaders. The latest victim was Afghan journalist Bismillah Adel Aimaq, who was shot dead on January 1 by unidentified gunmen in the western Ghor Province. He was the fifth journalist slain in Afghanistan in the past two months. On December 24, 2020, prominent Afghan women’s rights activist Freshta Kohistani was shot dead by unknown gunmen on a motorcycle in the province of Kapisa.

Meanwhile, a sticky bomb attached to an armored vehicle killed Kabul’s deputy provincial governor, Mahbobullah Mohibi, and two others on December 15, 2020. The campaign of assassinations has provoked public anger at authorities and struck fear among civilians in major cities where many oppose the Taliban. “The new strategy is to win the support or submission of the population in government-controlled areas, particularly in urban centers, through intimidation and psychological warfare,” says Rahmatullah Amiri, a Kabul-based political analyst.

Taliban spokesman Zabiullah Mujahid has denied any involvement in the attacks, calling the accusations “propaganda.” But Afghan officials and independent observers say there is little doubt the Taliban is behind the wave of attacks. Afghan intelligence chief Ahmad Zia Siraj recently told lawmakers that security forces had arrested 270 members of a special Taliban unit with ties to the targeted killings, called Obaida Karwan. In response to the wave of assassinations, Afghan authorities have said they will double the number of police in Kabul and spend some $100 million on high-tech security cameras in the city of around 5 million people, leading many to question why the measures were not introduced sooner.

“The Afghan government’s chaotic approach when it comes to dealing with security provides an excellent window of opportunity for the Taliban to benefit,” says Amiri. The Kabul government is deeply divided, corrupt, and heavily dependent on foreign aid and military support. The government controls provincial capitals, major population centers, and most district centers. But only around 30 percent of Afghanistan’s 407 districts are fully in government hands, with the rest contested or controlled by the Taliban.

Observers say the Taliban’s new tactics are, in part, a response to the constraints imposed by the U.S.-Taliban deal. Under the agreement, the insurgents are believed to be banned from carrying out suicide bombings in urban centers. U.S. officials say the Taliban also verbally agreed to reduce overall violence, although that is contested by the militants. Schroden says the militants are “optimizing their tactical approach to do as much as they can” within the constraints of the bilateral deal. “The Taliban places great value in that agreement, but it also sees violence as its primary form of leverage against the government,” he says.

Since February 2020, the militants have increased the overall number of their attacks without taking credit for them, allowing them to claim they are adhering to the deal. But U.S. frustration over the Taliban’s breaches of the deal appears to be spilling over. For the first time, the U.S. military directly blamed the Taliban for the surge of targeted killings, saying it was an impediment to peace. “The Taliban’s campaign of unclaimed attacks & targeted killings of government officials, civil society leaders & journalists must also cease for peace to succeed,” tweeted Colonel Sonny Leggett, the U.S. military spokesman in Afghanistan, on January 4.

The remarks come amid an ongoing war of words between the U.S. military and the Taliban over the terms of the deal. U.S. forces have retaliated to the Taliban’s intensifying violence across the country by increasing air strikes against the militant group. The militants allege the strikes are a violation of the U.S.-Taliban deal. The U.S. military has forcefully reiterated that it reserves the right to defend Afghan forces who come under Taliban attack.

Despite the Taliban’s widespread violations of the deal, outgoing U.S. President Donald Trump ordered in November 2020 an accelerated U.S. troop withdrawal from Afghanistan. The move was seen as an election ploy ahead of the November presidential vote that he lost. The current deployment of around 5,000 American troops will be halved by mid-January when President-elect Joe Biden takes office, the lowest level since the beg