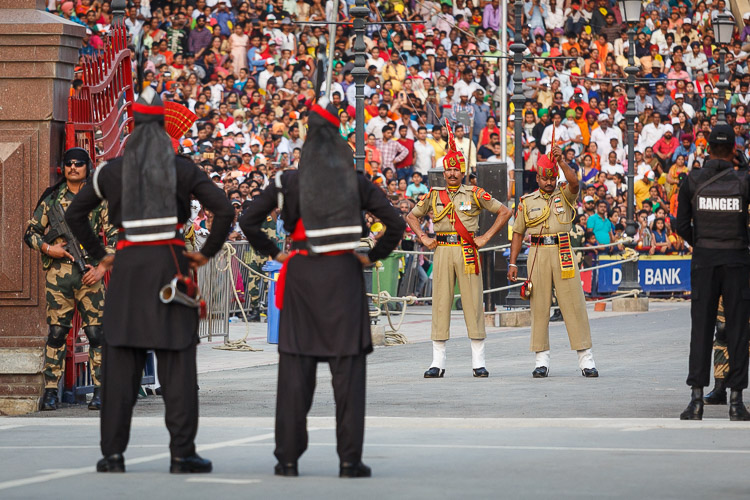 India’s offer to Pakistan to negotiate all disputes including Kashmir is good news for the millions of citizens of both countries who want a peaceful resolution of their disputes. Credible sources are quoted as saying that the initial meaningful contacts between Pakistan and India and India’s offer of dialogue on all contentious issues, including the Kashmir issue, are being considered by the power centers in Pakistan to work out their strategy. India has asked Pakistan not to impose conditions like restoration of Kashmir to pre 05 August status. India has also sought group dialogue instead of comprehensive dialogue. Group Dialogue means that separate groups should be formed for each issue including the Kashmir issue, Siachen, terrorism, infiltration, Sir Creek, and water dispute so that the deadlock in one group does not affect the negotiation process on another.

It is true that tensions in Pakistan-India relations have played a major role in creating new problems and conflicts. Kashmir was the first conflicts between the two countries post independence. One war after another followed. After independence, India’s approach towards Kashmir, partition of Punjab, distribution of assets, and refugees remained non-cooperative. Instead of establishing cordial neighbourly relations with Pakistan and other countries in the region, India has presented itself as the regional police chief. Every action that could have led to peace in the region was sabotaged by India.

During the Congress era, the Pak-India dialogue process continued at one level or another. That is why, although no progress has been made on the Kashmir dispute, diplomatic relations between the two sides have never deteriorated to the point that the affairs of embassies have been handed over to lower-level diplomats instead of high commissioners. For no apparent reason, so much tension was created on the LoC that in the last two years, 300 Pakistani citizens have been martyred, several houses were destroyed and dozens of cattle came under Indian firing and shelling. India continued to provoke. It blamed Pakistan for suspicious incidents like Pulwama and sent fighter jets.

On the one hand, the BJP government perpetrated all kinds of oppression on Muslims in India, on 5th August 2019, it abolished Article 370, which used to protect the special status of Kashmir. Occupied Kashmir has been under siege by Indian forces for almost a year and a half. The lives of Kashmiri people have been made difficult. Atrocities against minorities and repressive measures in Kashmir have resulted in serious human rights violations. UN Human Rights Commission to the European Union, Genocide Watch and other international organizations have issued numerous reports on India’s crimes. Pakistan has constantly exposed India in international forums.

The United States, Saudi Arabia, Iran, the United Arab Emirates, Turkey, Russia, and China have all offered to play a role in reconciliation between India and Pakistan. Moreover, in his first speech after his election victory, Imran Khan expressed his desire to improve relations with India. Imran Khan has repeated this many times since he was elected Prime Minister. Pakistan Army Chief General Qamar Javed Bajwa had said a few weeks ago that India should refrain from aggressive intentions and move towards a peaceful resolution of disputes with Pakistan. Prime Minister Imran Khan has made it clear to the Indian leadership that without Kashmir, no bilateral talk will be able to move forward.

The Kashmiri leadership may have reservations about India’s proposal for group dialogue. Therefore, if the Hurriyat Conference including senior leader Syed Ali Gilani and the leadership of Azad Kashmir, are consulted on this proposal, they would be party to possible good or bad results of the dialogue on Kashmir. However, this should not give the impression that the two countries are trying to move forward by making Kashmir the responsibility of one group.

India is suffering from the worst wave of Corona these days. Pakistani citizens and the government have offered assistance to India on the basis of humanity and neighbourliness. The truth is that both countries can acquire as many arms and defence technology as they want but danger will continue until the basic needs of their people are met and the standard of living of the common man is improved. If the dialogue resumes, there will be a possibility of improving the living standards of the people of both the countries and making education and health facilities available.