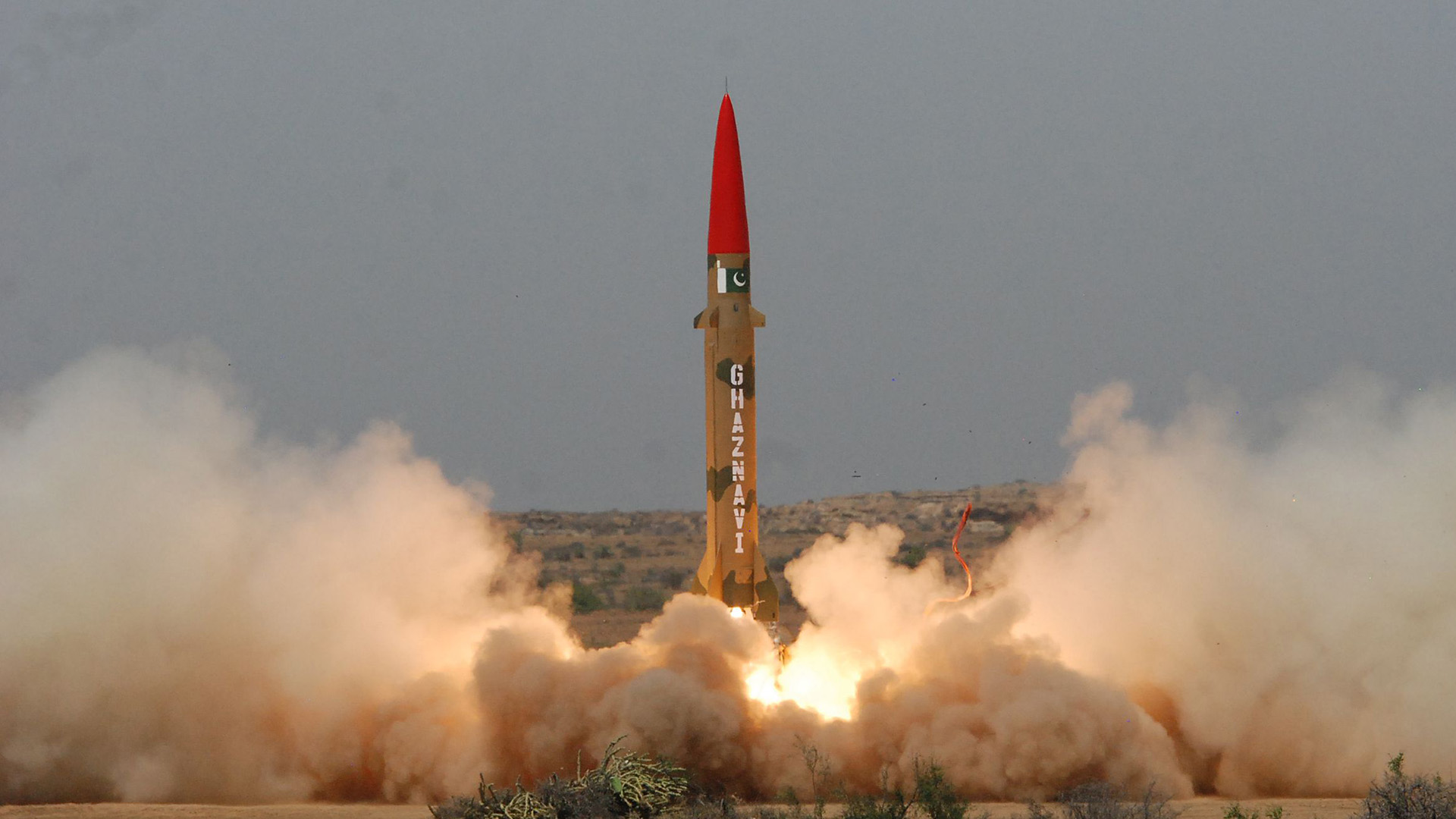 According to ISPR press release on 3 February, “Pakistan today conducted a successful training launch of surface-to-surface ballistic missile Ghaznavi, capable of delivering nuclear and conventional warheads up to a range of 290 kilometres.” The Army Strategic Forces Command (ASFC) Commander Lt Gen Muhammad Ali “appreciated the operational preparedness and display of excellent standard in handling and operating the weapon system”.

The President, the Prime Minister Imran Khan and the Army Chief Gen Bajwa have all congratulated all the members of ASFC, scientists and engineers for their success. It is to be remembered that Pakistan has also conducted a successful test of surface-to-surface Shaheen-III ballistic missile, whose range is surface to surface 2,750kms.

Pakistan has always avoided war and followed the principle of peace. However, while maintaining that position, it has made its defence system strong. Whether nuclear weapons or ballistic missiles, the purpose of Pakistan’s defence system is protection and assurance of peace. Given the changes at the global level and at the regional level, especially in the context of India’s aggressive behaviour, it has become indispensable for Pakistan to maintain regional balance. The changes at the regional and international levels demand that Pakistan makes its defence system invincible.

Test of Ballistic missiles called Ghaznavi’s is also meant to strengthen the defence of the beloved homeland and increase its defence capabilities. This test is a reflection of the high professionalism and capabilities of our forces, for which the entire nation deserves congratulations. This will not only increase our defence force but also lead to a balance of power in the region. The test of Ghaznavi is an expression of our determination that the Pakistani nation is not negligent in its defence preparedness and is always ready to defeat the nefarious intentions of the enemy.