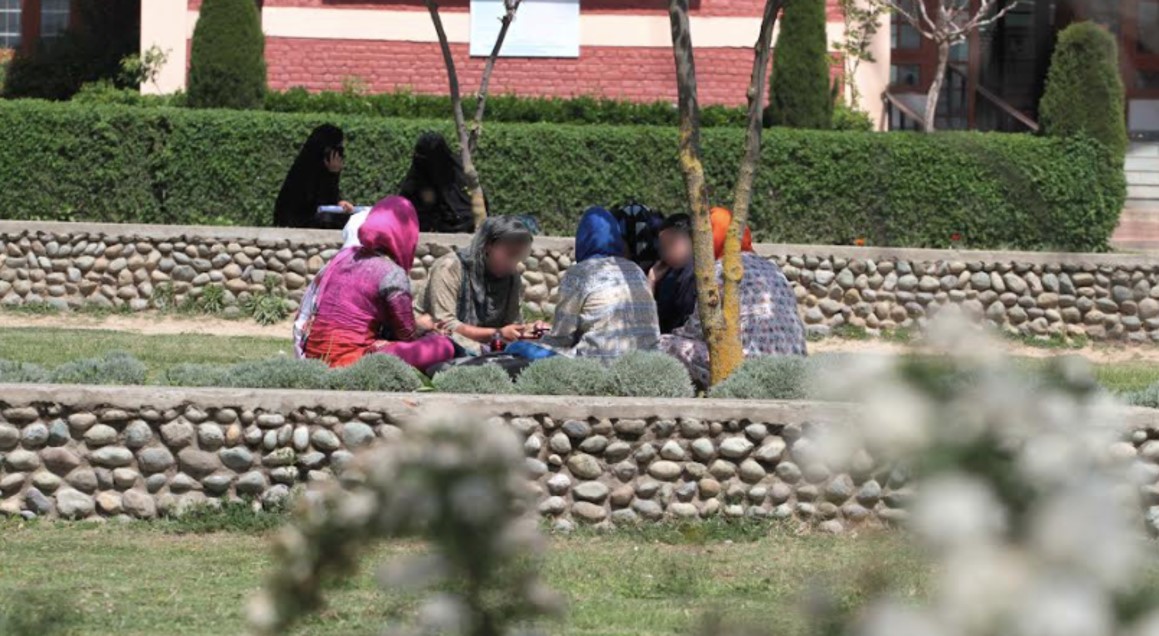 Kashmir has witnessed remarkable success of women. Some of us are acknowledging it and are proud of it. The achievements of the Kashmiri women in diverse fields are phenomenal. But I am pained today. I am pained by the bigoted Mullahs and religious fanatics who target Kashmiri women frequently. Their attacks on women flow from their socially perverted mindset. I am pained by it and it needs to be exposed.

Why do we need to expose such socially perverted mindsets amidst us? Till the doctor does not correctly diagnose a disease, he cannot treat it. Similarly, till we do not correctly acknowledge and diagnose this disease among some members of our society, we cannot treat it. A wound that remains hidden does not get treated or healed. In order to treat a wound, one must expose it. The misogyny in some sections of our society is a wound that we suffer. If we keep hiding this wound, it shall go from bad to worse. We need to bring this wound to light in order to treat it and heal it. So yes. It gives me pain to accept it and also to express it. But I shall express what I have observed. The patriarchal and misogynistic violence against women in Kashmir has the sanction of powerful but dangerous religious obscurantists. What compounds the tragedy is that these obscurantists have long held sway over Kashmiri society.

The perverted mindset of the mullahs and other morbid women haters has had a deep impact on our society. Recently, there was a survey in Kashmir which astonishingly concluded that 40% women in Kashmir don’t have a problem with husbands beating their wives. This is where we are in 21st century while talking about gender equality and modern things. But this should not surprise us. Much of Kashmir’s society even today is under the shackles of religious conservatism and backwardness. Regressive and reactionary ideas continue to be preached by religious clergy and many teachers. Preachers frequently target women with abuses and slurs on pulpit to put them into submission. Regressive practice of purdah is growing manifold by each day ironically mostly in the educational institutions. We continue to impose medieval practices on all women of our society – in fact, on our whole society. Such practices and their practitioners have no place in modern civilized society. They are an anathema to modernity and progress. In Kashmir, the larger society and the government have often failed to take steps to prevent violent acts against women. Far from ensuring the safety of women, our politicians provided cover to erring ministers and bureaucrats. They allowed them to go off the hook after their involvements in crimes such as molestations and sex-rackets. In a civilized society, the culprits are brought to the book, but here the law utterly fails to take its course.

It is being deliberated that legal punishment would possibly act as a deterrent in such cases which involve outright violence against women. We only hope it does. But, in our context, the problem does not end here. Mere protests, condemnations, or even, punishments are not going to put an end to these acts. There is a deep-rooted trouble in our society which often undercuts these inhuman acts against women. It is the deep-rooted misogyny of our society where, rather chillingly, men are valued much more than women. In recent years in Kashmir, there has been a steady increase in the cases of foeticide, infanticide, domestic violence, ill-treatment of women over dowry, etc. In urban and rural areas alike, there is not much of a discrepancy in this unfortunate aspect. The problem lies in our attitudes towards women in the society. It is here that we can do a genuine favour to ourselves as a society. Howsoever, we may be in denial to ourselves, an honest appraisal would always prove that we belong to a society which thinks of women as inferior being. Sadly, our social perception of a woman is that of a secondary entity on which masculine powers can be enacted and exercised freely. It is how we view her as a family member or as a part of the larger society.
A woman has to carry the burden of modesty and moral keeping of our society according to medieval practices. This kind of mentality is too common in our society. As various studies have it, this is further complicated by the existence of daily violence which finds women as soft targets. Various scholars argue that a long period of violence, as in Kashmir, provides the ideal scenario of an increase in violence against women as the aversive attitudes towards them are aggravated further.

Women Are Casually Blamed For Everything We Find Wrong

Even after dastardly acts are committed against women, some people nonchalantly lay the blame on the victims themselves. The women have to undergo trauma of the taunts of ‘blame’ directed at them in the public places as being responsible for the floods. Surely, it cannot get anymore farcical than that. To whatever extent this may seem frivolous; this particular instance was a potent reminder of the psychological abuse that our women often face. The most unfortunate part is that this kind of attitude towards women appears to legitimize violent acts against women in both public and private spheres in our society. Imagine the lives of our women having to face the double oppression in the form of patriarchy and conflict. It is true that a significant number of women in our society have defied all this to progress beyond the limits imposed by the society; yet, the fundamental attitudes towards women in our society remain all the same. The change has to come now or never. And that begins by completely rejecting the misogynistic talk that regressive preachers spread on pulpit and social media about women or their place in the society.

The closing of the Kashmiri mind

The closing of the Kashmiri mind is reflected in the way misogyny and harsh patriarchal violence is being normalized on the pulpit and in society. Regressive preachers continue to attack women for their education and acquiring jobs. It is true that majority of the Kashmiri women are defying such medieval patriarchal exculpations. But a significant portion of the society, especially non-privileged women are falling into the trap. It is a sham that these preachers have never talked about domestic violence or sexual violence against women, which is seeing a steady increase in the recent years. In some cases, they have been themselves found guilty of such crimes. Mullahs with extremist bent of mind are “fascinated” by the inhuman treatment of Afghani women by the barbaric Taliban. They condone such behaviour and want similar treatment for Kashmiri women as they regard Taliban as the “Muslim Role Models.”