Situationer: One year on, hopes for lifting of EU curbs on PIA flights fade 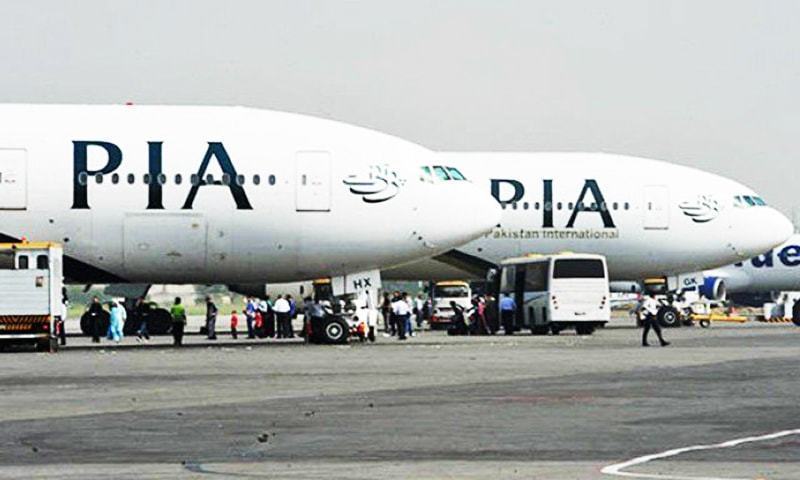 KARACHI: After passing of one year, hopes for lifting of a ban on all Pakistan-registered aircraft to enter European Union member states as well as the United Kingdom have been eroded after the global aviation watchdog delayed this month’s scheduled safety audit of the Civil Aviation Authority (CAA) for an unspecified period, it emerged on Tuesday.

In July 2020, the European Union Aviation Safety Agency (EASA) had suspended the third country operator authorisation of the national flag carrier, Pakistan International Airlines, to operate flights in the EU member states for six months due to safety concerns against the backdrop of the May 22 Karachi plane crash and the subsequent damning statement of Aviation Minister Ghulam Sarwar Khan that 40 per cent of Pakistani pilots possessed dubious licences.

While the EASA ban is on the state of Pakistan because the aviation minister used preliminary findings of an ongoing investigation to point an accusing finger towards the oversight role of the CAA in testing and licensing of pilots, it’s the PIA that has borne the brunt of the ban the most being the only Pakistani airline at that time operating flights to EU states and the United Kingdom.

While the PIA tried its best to get provisional permission to operate flights in EU states, the EASA in December extended the ban for additional three months and made it clear that it would not be lifted without the safety audit of the CAA by the aviation watchdog International Civil Aviation Organisation (ICAO).

The suspension was extended again from April for an indefinite period and EASA linked any development with the ICAO’s safety audit of the CAA.

The CAA said the ICAO’s visit to Pakistan was earlier scheduled in the first week of July, but it was postponed due to the Covid-19 situation in the country.

“We are working with ICAO…their visit to Pakistan was planned for July but it was postponed because of (Covid-19) pandemic, etc. We hope their visit would take place somewhere in October or November if the pandemic situation in the country gets improved,” CAA director general Khaqan Murtaza recently told an online forum.

Aviation sources, however, cast doubts over the seriousness of the regulator in being audited.

“They [CAA authorities] are still pushing ICAO audit from July last year to December, to March to July, then November [2021] and now we don’t have a tentative date,” said a source.

“Covid is not the only reason of the audit getting pushed back because during the same period PIA got audited by IATA [International Air Transport Association] and IOSA [IATA Operational Safety Audit]. These are periodic audits that one cannot and should not miss,” the source added.

Officials said that the CAA did not get its biyearly ICAO audit for the past many years. “It has been getting it postponed ever since. CAA bosses say that the people who got the last audit conducted were retired without sharing any knowledge. It’s not good for international bodies who demand reforms so that the system is not breached regardless who is at the helm of affairs,” said an official.

Besides, the sources said, the CAA was not losing much revenue because of the EASA ban, as the space vacated by PIA was immediately filled up by the British Airways and Virgin Atlantic, who are making equal amount of landing/parking charges to the regulator.

The aviation sources told Dawn that the real problem lied in the CAA’s testing and licensing system as the global aviation industry as well as the ICAO lost trust following the aviation minister’s statement and subsequent investigations into the fake pilots’ licences saga.

They said the CAA had decided to outsource the conduct of all licensing exams, including commercial/airline transport pilot licence (CPL/ATPL), to the UK Civil Aviation Authority (UK CAA) to address the concerns of ICAO and EASA.

They said the process was supposed to be completed by April, but till now it had not been finalised. For the past one year, all CPL/ATPL tests remained suspended following the aviation minister’s statement.

According to the CAA, it is in consultation with the UK CAA and trying to have a framework agreement but it would take two to three months after signing of the agreement and sorting out modalities.

However, the sources said the CAA went ahead with its outsourcing move without completing required formalities and now the Public Procurement Regulatory Authority (PPRA) had raised objections on the way exams were being outsourced without following proper procurement procedures.

The sources said that after the fake licences issue, the CAA instead of quickly fixing the challenges and coming out clean, first hid behind prosecuting the culprits and then went without planning and approval of outsourcing the licensing exams.

“A new system development could have done it, but they took nearly a year to decide what to do and then are in a limbo because proper procedures were not followed,” said another source.

A senior PIA official, requesting anonymity, told Dawn that the revenue loss was around Rs17bn during the one-year period. However, the total loss from the UK and European routes is estimated at around Rs2bn.

The losses could have been greater, but the PIA hired a Portuguese firm to keep on operating on the UK and Paris routes with charter flights.

“We could have never been in this mess had the aviation minister spoken wisely in the parliament a year ago,” lamented a former CAA chief, who asked not to be named.

“He [the minister] said licences of 262 pilots were fake, but the investigations proved that all licences were genuine and the discrepancies were in some written tests that a licensed pilot takes for upgrade. The CAA cancelled licences of 50 pilots and suspended 32 others. This is nowhere near the minister’s figure of 262 pilots,” he said.

About the unpreparedness of the CAA in being audited, he said that the incumbent and previous governments chose to run the CAA on an ad hoc basis as they wanted to bifurcate the authority to privatise airports and other assets.

“Bringing improvement or even appointment of a dedicated director general was never on their agenda. Hence the mess,” he said.